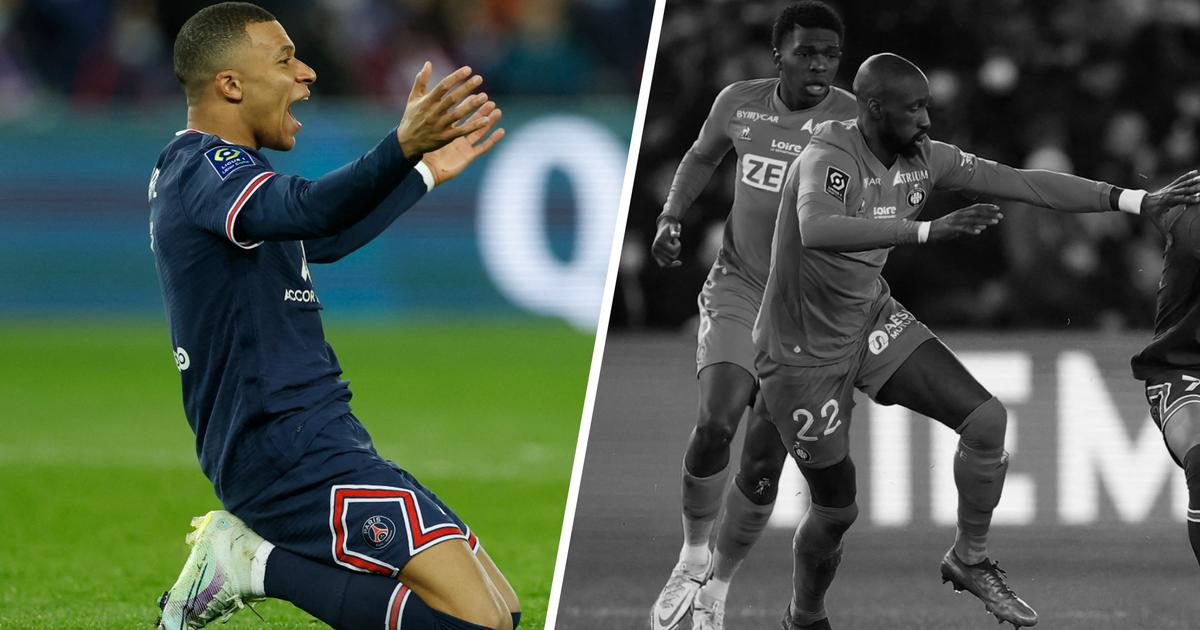 Kylian Mbappé’s festival, the accuracy of Léo Messi but also the defensive largesse of Saint-Etienne, discover the tops and flops of this Paris SG – Saint-Etienne (3-1).

Discreet at the start of the game, the Frenchman gradually increased in power until he dazzled us. Shortly before the break, Kylian Mbappé worries because he seems to have been hit in the leg. But he will quickly reassure. A few seconds later, he got rid of Eliaquim Mangala perfectly to score the first Parisian goal and equalize before the break. When he returned from the locker room, he appeared almost out of nowhere before taking the ball from Leo Messi and allowing his team to take the lead for the first time in the match. Kylian Mbappé scorer, then passer. Five minutes after his second goal, the number 7 of PSG sends a ball love for Danilo Pereira. The Portuguese concludes this offering perfectly. The decisive Frenchman on the three goals. Four shots attempted, three on target, two goals for the man who became the second top scorer in club history.

Read alsoLigue 1: thanks to a double by Mbappé, Paris SG overthrew Saint-Etienne

Let’s say it once and for all. We will never see the Lionel Messi of FC Barcelona again. But the new player he is becoming is just as monstrous. On the first goal, he perfectly alerts Kylian Mbappé. On the second, he put on a show in the area by dribbling several opponents before shifting the Frenchman. A great match that would have deserved a goal and La Pulga came close to it on several occasions (33rd, 75th, 88th). Against ASSE, the Argentinian attempted four shots, succeeded in three of the four dribbles he attempted, won five duels out of seven. Above all, he succeeded in 90% of the 71 passes attempted. The Parc des Princes is not mistaken in chanting its name at the 90th.

And immediatelyWith a royal Mbappé, PSG finds colors against Saint-Etienne

However, the match started very badly for the Portuguese. Danilo Pereira is guilty of a stupid error in front of his box and the Greens score the first goal by Denis Bouanga from the quarter of an hour of play. In the first period, he does not know how to place himself and is often in the same area than Idrissa Gueye. But like all his teammates, he will gain momentum. In the second period, Danilo goes down a notch in the field in a hybrid role of third central defender / right side and he will assert himself in this match. In the 52nd minute, the Portuguese allowed PSG to break thanks to a perfect header. At the end of the match (87th), he perfectly takes a corner and is close to a double. Despite his mistake at the start of the match, Danilo Pereira was intractable defensively: 98% of successful passes, five duels won out of eight, 15 balls recovered, match record.

The French defender struggled the whole game. He collects a yellow card from the 9th minute after a gross foul on Neymar. On the first Parisian goal, Eliaquim Mangala is easily outdistanced by Kylian Mbappé. The former Manchester City defender is also guilty of PSG’s second goal, which again passes through the center. On the goal scored by Danilo Pereira, he is – in part – the one who is absent from the marking on the Portuguese. Everything but a coincidence if Pascal Dupraz takes it out in the 55th minute of play.

Read alsoPSG-Saint-Etienne: a banner for peace in Ukraine deployed

The goalkeeper can’t do much about PSG’s 2nd and 3rd goals, and again. Paul Bernardoni still made five saves during the match, including several late in the game avoiding the fourth. But the goalkeeper on loan from Angers is largely guilty of Kylian Mbappé’s first goal and he must do better than that. With this goal, he allows the Parisians to equalize before the break and completely changes the face of this match. Paul Bernardoni was never reassuring in this meeting. The goalkeeper often chose the “ease” by clearing the ball rather than capturing it, at the risk of putting it back into play and giving the Parisians an opportunity, as on Angel Di Maria’s strike. A badly repelled attempt (75th) and Lionel Messi is close to scoring a new goal a few minutes later.

The failure of the Greens

Saint-Etienne’s loss makes sense and in many ways the scoreline could have been wider in favor of Paris Saint-Germain. But the Stéphanois attackers also showed clumsiness. 13 shots attempted but only six on target. Five saves for Gigi Donnarumma, who was not having a particularly good day. At 1-0 or at the end of the match, a second goal from the Greens could have completely changed this meeting.

Read alsoPSG: “We have to remain constant” the whole match, underlines Kimpembe