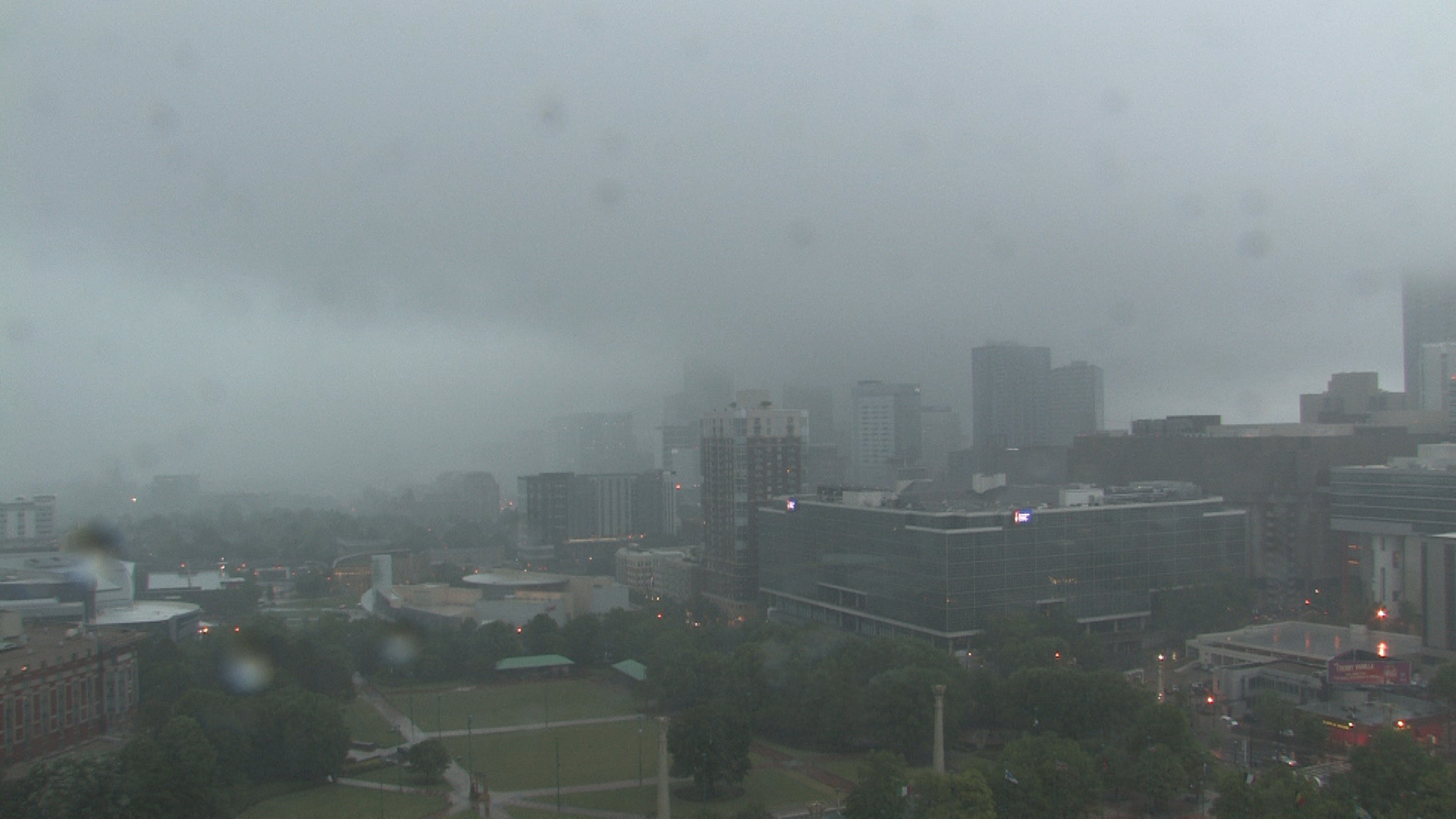 (CNN) — A flash flood warning went into effect Monday for parts of northern Georgia, including the Atlanta metropolitan area.

“Please be careful Atlanta,” he tweeted along with photos of some of the debris.

Trees down throughout my neighborhood in SW Atlanta. Please be careful Atlanta. pic.twitter.com/qpxqy4C6LG

Meanwhile, the National Weather Service reported that parts of North Carolina, including Charlotte, are now under a tornado warning.

This warning comes after one in Atlanta this morning.

While the Atlanta-area tornado warning has been lifted, a tornado watch is still in effect for the entire Atlanta metropolitan area, as well as much of west-central Georgia and parts of eastern Alabama until 4 p.m. ET.

The storm that triggered the warning is moving into the eastern metropolitan area and has weakened. A severe thunderstorm warning is now in effect until 12 p.m. ET for parts of central DeKalb and southwest Gwinnett counties, including Lawrenceville, Lilburn and Stone Mountain.

A tornado watch is still in effect for the entire Atlanta metro area, as well as much of west-central Georgia and parts of eastern Alabama until 4 p.m. ET, indicating that more tornadic storms are possible in the region later today.

CNN’s Derek Van Dam captured this video of what an Atlanta neighborhood looked like when a tornado warning was issued for the city.

“The storm has passed and this area is free of this storm,” Van Dam reports.

Tornado warned storm across metro #atlanta as seen from ⁦@PonceCityMarket⁩ Storm has passed and this area is in the clear from this storm. ⁦@CNNweather⁩ ⁦@CNN⁩ pic.twitter.com/9sIOGbkCmH

No reports of damage yet after the tornado hit Fulton County in Georgia, says the National Weather Service

According to the National Weather Service (NWS), there are still no reports of damage after a tornado made landfall in Fulton County, Georgia, this morning.

NWS meteorologist Kyle Thiem told CNN that there is an additional tornado warning that expires at 11:15 am ET.

They will reassess that expiration and issue a new guide if needed shortly.

If you find yourself in the path of the tornado, follow these safety tips

A radar-confirmed tornado is heading toward downtown Atlanta.

If you are in the area, avoid dangerous places like …

Under Highway Overpasses: Sheltering under a bridge may seem like a good option if you’re stuck in your car, but the narrow passage can act as a funnel and amplify the winds.

Outdoors – There are no safe options if you get stuck outside during a tornado warning without a permanent shelter nearby. As an absolute last resort, stay away from trees or other independent objects, duck to the lowest area you can find, and cover your head.

See Also:  He hit and killed the vehicle waiting in the safety lane

Upper-level floors: If you live on an upper floor of an apartment building or work in a tall office building, find a way to safely seek refuge on the first floor. An interior hallway can be a safe bet.

Warehouses, department stores, grocery stores – Structures with large open spaces are particularly vulnerable to collapse, even in relatively weak tornadoes. If possible, find a small, enclosed area to shelter, and avoid the exterior walls of the building.