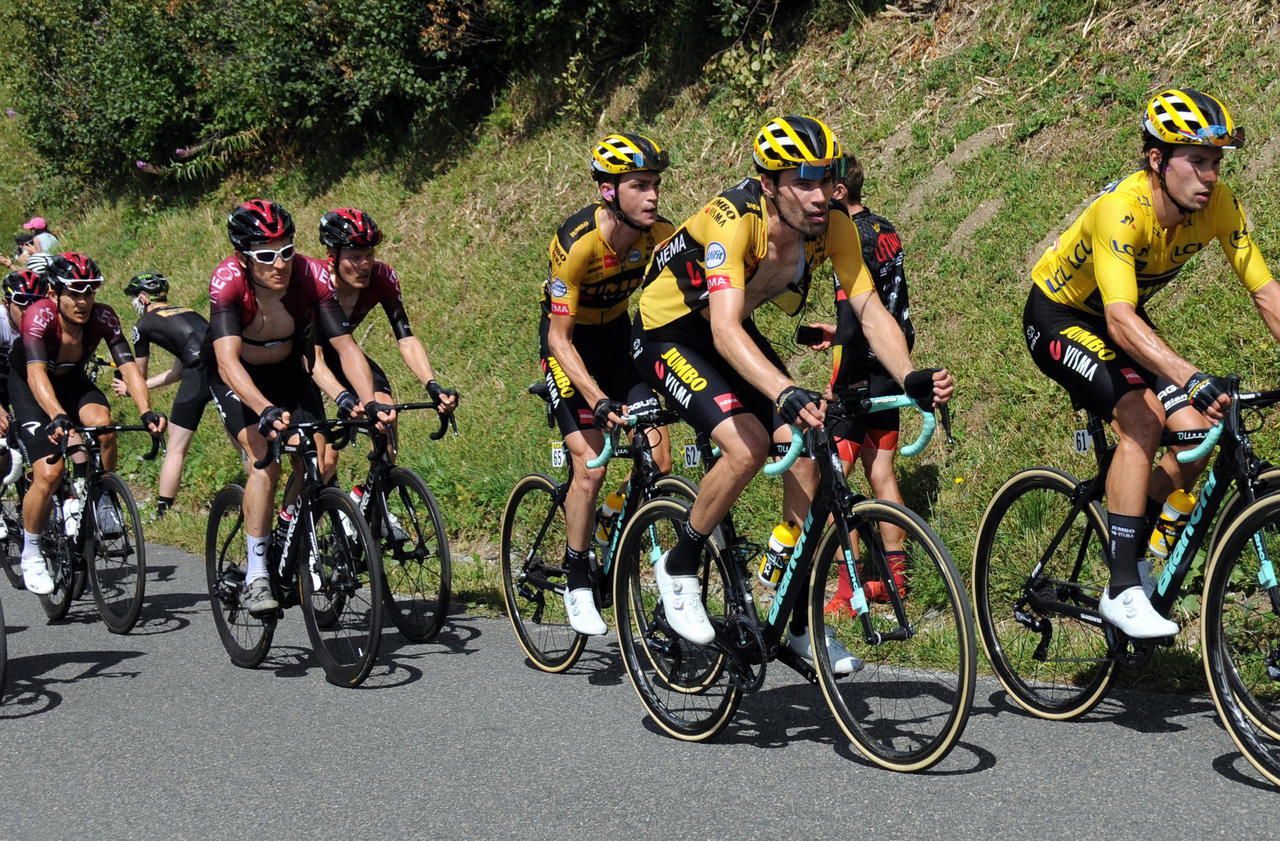 For three weeks, it is not a cycling event but a real bulldozer competition that the Ineos-Grenadiers and Jumbo-Visma formations will offer. Since 2012, the English team, ex-Sky, had gotten into the habit of crushing the competition with its workforce and XXL talent. The method worked perfectly: except for the 2014 edition, won by the Italian Vincenzo Nibali, all the Tours fell into his bag (four for Chris Froome, one for Bradley Wiggins, Geraint Thomas and Egan Bernal). Ineos-Grenadier will this time face a giant as rich and powerful as him: the Dutch team Jumbo-Visma.

There won’t be three roosters in Ineos’ barnyard. Colombian Egan Bernal, a real revelation of last year, will not have to live with the two former winners Chris Froome and Geraint Thomas. The Critérium du Dauphiné was fatal to both men. Froome, never recovered from his serious fall during the Dauphiné 2019, was unable to relay his teammates in the mountains. At 35, he looks his age. Geraint Thomas, 2nd on the last Tour after removing the 2018 Tour, was also transparent on the Alpine roads. Logically, they were taken off the list for the Tour. Thomas will be aligned with the Giro and Froome with the Vuelta.

Spanish risks becoming the most widely spoken language. To replace Froome and Thomas, Dave Brailsford, the manager, chose the Costa Rican Andrey Amador and the Ecuadorian Richard Carapaz, winner of the Giro 2019. The two climbers will be part of the strong close guard of Bernal with the experienced Polish Michal Kwiatkowski and the promising Franco-Russian Pavel Sivakov.

It’s a yellow truck driving down the roads. The Dutch team counted on a trio of interchangeable leaders: the Slovenian Primoz Roglic, winner of the Vuelta 2019, and the Dutch Tom Dumoulin (Giro 2017) and Steven Kruijswijk, 3rd in the last Grand Boucle. Unfortunately, the latter, victim of a fall on the 4th stage of the Dauphiné, broke a shoulder.

See Also:  FilGoal | News | Amr Jamal: Martin Yol likened me to Berbatov and said to me, "If I have a girl, I will marry you."

But, even without him, Jumbo-Visma is scary. In the team, Belgian Wout Van Aert, winner of the last Milan-San Remo, and climbers George Bennett and Sepp Kuss are largely capable of meeting the challenge of Ineos and padlocking the race. There remains the question of the leader. Roglic has appeared more consistent than Dumoulin since the restart but also had to abandon the Dauphiné after a crash. Will he be able to maintain his peak form until September 20? Dumoulin seems to be in a more ascending phase. The Anglo-Dutch showdown promises to be as intense and muscular as it is exciting.