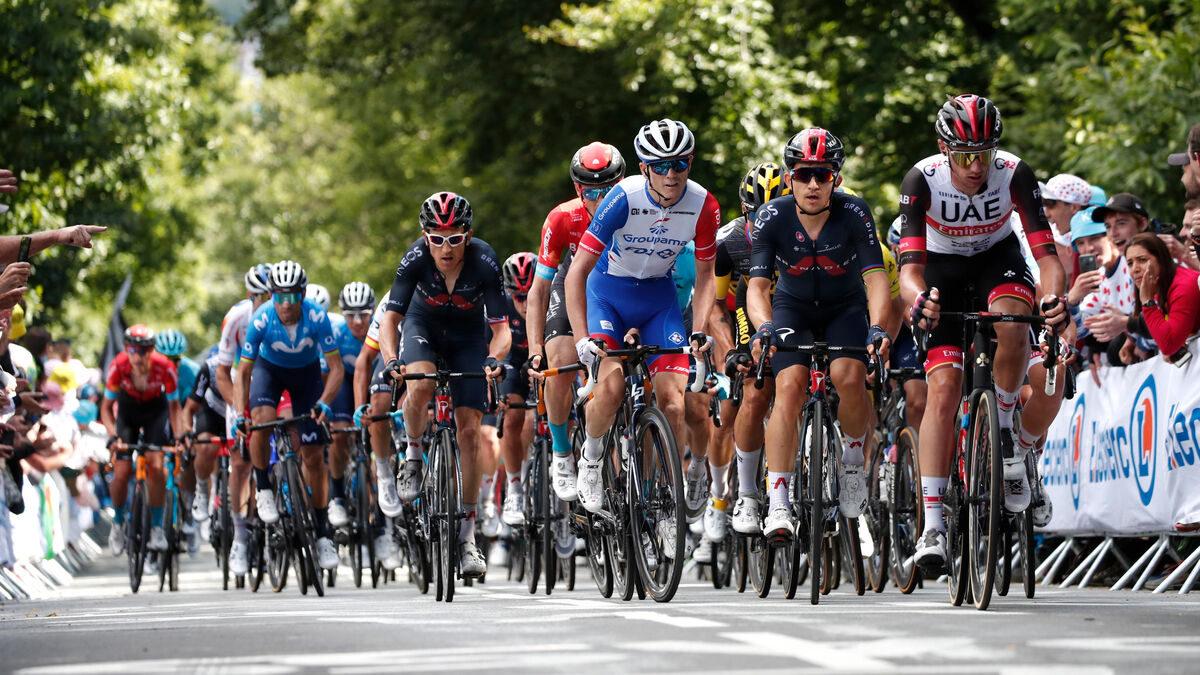 David Gaudu, the climber of the Groupama-FDJ team knows he is eagerly awaited during this Tour de France. First because he is approaching it, for the first time in the shoes of a leader due to the absence of Thibaut Pinot. And above all because his Breton origins make him the most emblematic regional stage of the peloton. He agreed to express himself on his emotion to see the queen race walk on his land and on his roots as he attacked this Monday, between Lorient and Pontivy, the 3rd stage in his region.

« Will the race go through my home? “

“As soon as I knew that the Tour would start from Brittany, I had two reactions:“ I want to be at the start “And” Will the race go through my home? “First, as soon as the name of Brest, where my parents live, was mentioned for the Grand Départ, I wanted to see if my training routes were affected and where the finish was. In fact, I asked myself a lot of questions. The good news is that it is indeed very close to my parents’ place. The first stage (Saturday, marked by two big falls and won by Julian Alaphilippe), with small roads that constantly go up and down, I almost knew the end by heart. Towards Landerneau, I knew everything.

“Since the course was announced, I haven’t been obsessed with it because the first part of the season has kept me busy. My goal is to shine in the Tour de France, not necessarily to shine in Brittany. Mûr-de-Bretagne (where the Tour arrived this Sunday with the victory and the yellow jersey of Mathieu Van der Poel, Poulidor’s grandson), I live about twenty kilometers away. It really is a special place for us Britons. When we say that it is our Alpe-d’Huez, it is not an exaggeration. It is our bump. Everything is beautiful especially when you can see the huge crowd. “

“I will not leave Brittany for the world”

“I don’t know if there is a particular pride in being a Breton cyclist. First of all, there is pride in being Breton! I claim the double French and Breton identity. It is our enclave. I won’t leave her for the world. I like to train on the roads of the south but I always come back here with happiness. “