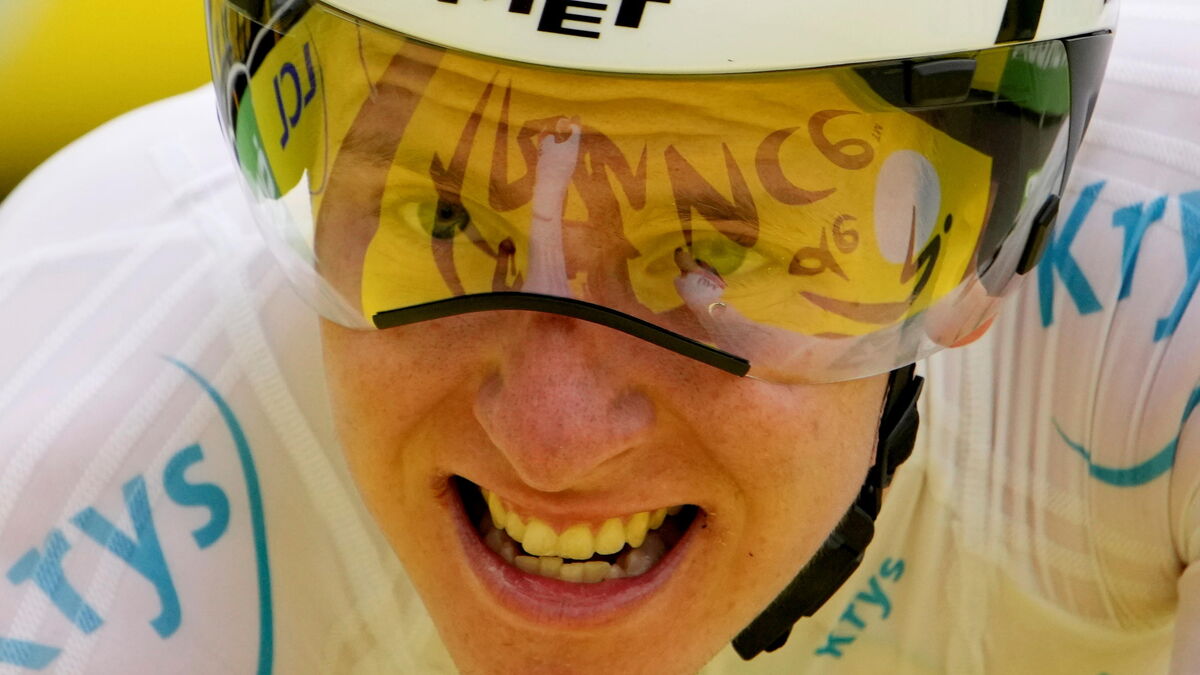 The favorite of the Tour de France is called Tadej Pogacar. By winning the time trial between Changé and Laval on Wednesday, the Slovenian, the outgoing winner of the race struck a huge blow.

How do you judge your performance in this time trial?

TADEJ POGACAR. Among all the time trials that I have been able to compete in my career, I place it very, very high. It was all the more moving and inspiring since there was such a crazy crowd on the side of the road. I had a great feeling on my bike and I feel very, very happy. It motivates me a lot for the future, really.

Have you worked particularly on the stopwatch since the last Tour de France?

I worked on it after Tirreno-Adriatico, just before the Tour of the Basque Country (end of March, beginning of April). I learned a lot: at the beginning I made mistakes, I gained in aerodynamics but I couldn’t push on the pedals. Now I feel like I’ve found a balance, we’ve worked hard on my positioning, I’m really happy with our progress. I started to feel better on my chrono bike a week before the Tour, thanks to my change of position. I knew I could have a great day, I was motivated.

Have you ever knocked out the Tour de France?

We will see for the gaps I made with my opponents. There are still a lot of racing days left, a lot of tricky stages to negotiate. Even if tomorrow’s (Thursday) seems easy, you never know what can happen. We have to look at the rest day after day.

Did you think you would make such big gaps with your opponents?

I felt particularly good before the start, I have been feeling good since the start of the Tour. But I didn’t expect to be able to make such gaps right now. It was when I got on the bike this morning (Wednesday) that I realized that I could fully depress the pedals.

You know your rivals are going to attack you now …

I obviously expect attacks from them every day now since I’m in front of them. It will be difficult for me but I am motivated to respond to these attacks.

You said there was no question of taking the yellow jersey too quickly. Have you changed your mind?

I’m only 8 seconds away from the jersey and it would have been nice to conquer it because it’s always a dream to wear it. But I’m still very happy with my performance. I couldn’t ask for more.

We have not yet approached the mountain. It’s difficult to answer. The only thing I can say is that on short efforts I have great legs and I feel in a similar condition to last year.