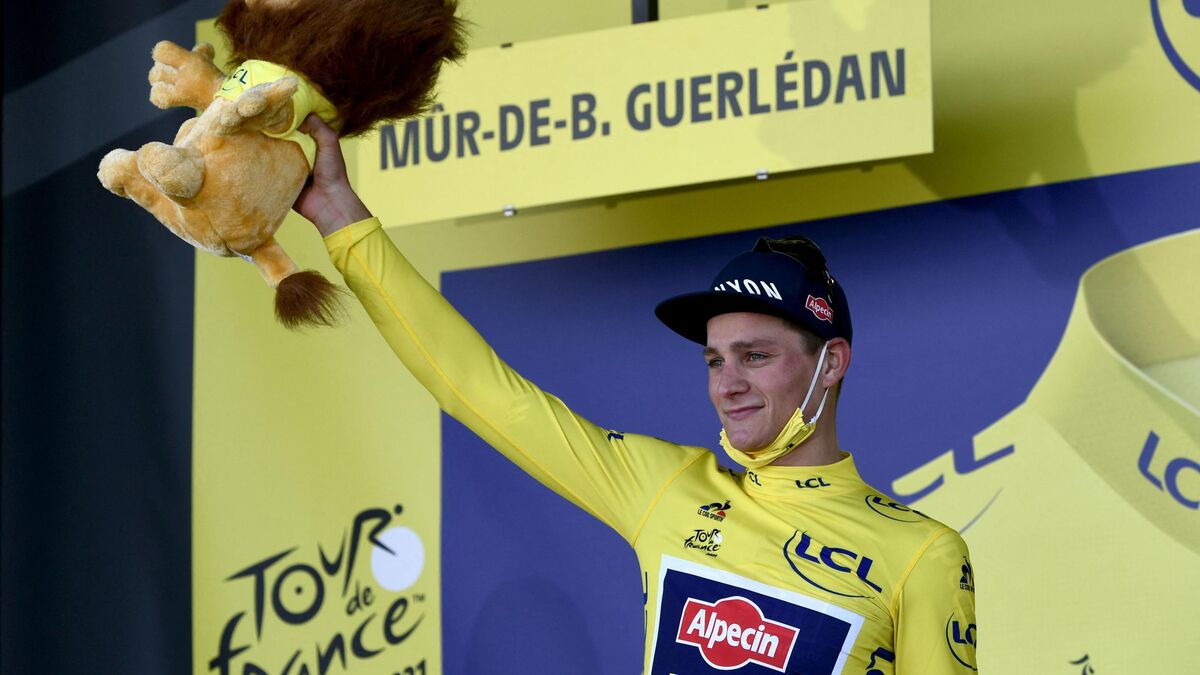 Yellow jersey on the back, Mathieu van der Poel, winner this Sunday at the top of the Mûr-de-Bretagne coast during the 2nd stage of the Tour, under the eyes of his parents Adrie van der Poel and Corinne, Raymond’s daughter Poulidor was still shaken by emotion when he appeared before the media.

We saw you point your fingers in the sky. Were you moved when you cut the line?

MATHIEU VAN DER POEL. The emotion really came when I was told, once I got off the bike, that I was sure I had the yellow jersey. This is where I was taken by the emotion.

Your father wore the yellow jersey one day, had you seen it in your childhood?

Once or twice, but it’s not something that hangs on the walls of the family home. It should be stored in an upstairs bedroom. Taking the yellow jersey is unique. For me, it’s really special to win it in my first Tour de France. If my grandfather had been there, we could have taken a photo, it would have been a great photo. It’s hard that he’s not here with us.

How do you explain your victory?

We saw that some runners were less cool than yesterday. The end of the ascent of Mûr-de-Bretagne was also more difficult than the Fosse aux Loups, and that suited me better. In addition, my feelings were better than yesterday. I am incredibly happy.

What was the role of your teammates?

My team was very strong, like in the first stage. Sometimes my teammates believe in me more than I do. I have to thank them one by one.

How do you feel about this victory?

I think I’ll enjoy it tomorrow. For now it’s complicated. I still have to absorb it all. It will happen when I am reunited with my team members.

How far do you plan to keep the yellow jersey?

I think it’s realistic to consider keeping it until the time trial on Wednesday but no longer.

Will you go to Paris despite the proximity of the Olympic Games in which you participate?

I would like to get to Paris but I don’t want to ruin my chances for the mountain biking event at the Tokyo Olympics. If it’s really too hard, it won’t be possible. I shouldn’t have to dip into my reserves every day. But if I manage to have quiet days, I can hope to complete the Tour.