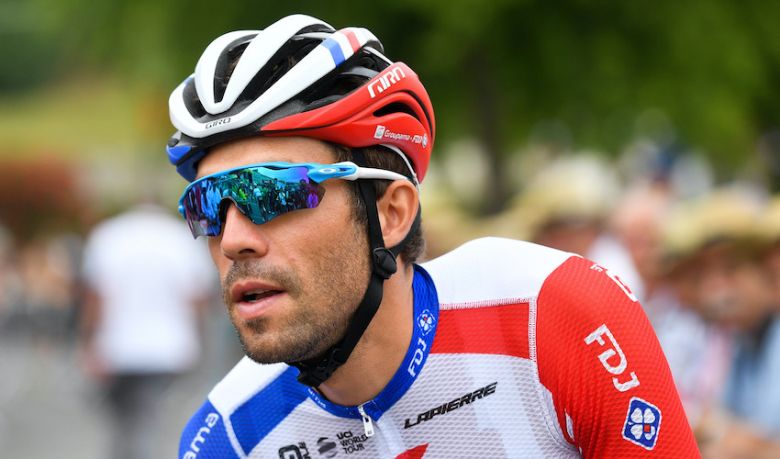 Long awaited on this Tour de France 2020, Thibaut Pinot had a nightmarish day. Weakened since his fall during the first stage in Nice, the leader of the Groupama-FDJ sank on the slopes of the Port of Balès. Hit in the back, the Franc-Comtois lost more than 25 minutes on Nans Peters (AG2R La Mondiale), the winner of today’s stage, and said goodbye to his chances of a final victory in Paris. But a question arises this Saturday evening: Thibaut Pinot will he be at the start on Sunday of the ninth stage of the Tour ? With three Pyrenean passes on the program, including Hourcère and Marie-Blanque, the question deserves to be asked, even if the main interested party assured that he would continue the race …

“My back hurts so much that I have no strength and I cannot pedal”, has explained Thibaut Pinot after the stage at the microphone of France Televisions. “Is it like that… give up? I’m not going to quit the Tour, and by no means did I have that idea. I just want to apologize to my teammates and those who are supporting me because it feels like a lot of failures for everyone. For the team, for me, for a lot of people…

Thibaut Pinot’s reaction after his terrible failure on this first Pyrenean stage: “It may be a turning point in my career” # TDF2020

“It may be a turning point in my career …”

Today is perhaps a turning point in my career. It’s too many failures for me. I’ve always said that cycling is about fighting, having fun and winning races, and there are too many failures for me right now. The Tour continues. We will try to fight, the team is very strong. I hope the guys go for a stage victory, they deserve it. I’ll cross my fingers for that. “

See Also:  "On the Champs, it will be different"