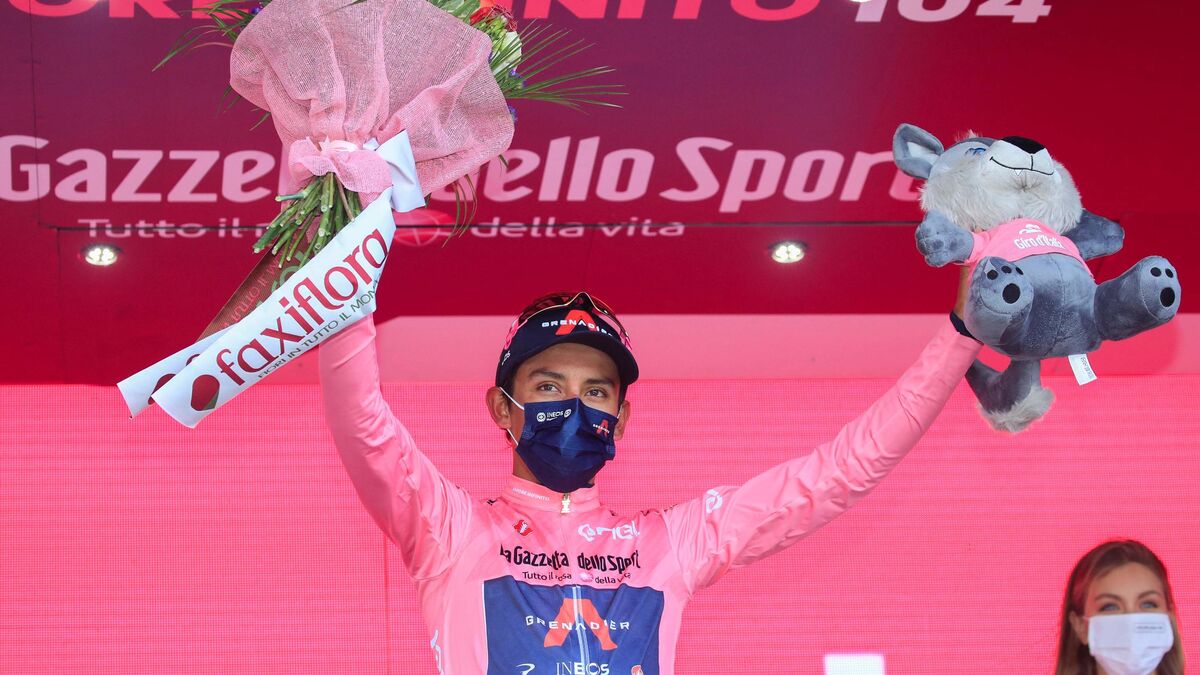 After the Tour de France in 2019, the Colombian Egan Bernal (Ineos-Grenadiers) should win his first Tour of Italy this Sunday, after three weeks of racing where he was little worried. This Saturday, the 24-year-old cyclist took second place in the 20th stage, 24 seconds behind Damiano Caruso (Bahrain Victorious). The 34-year-old Italian clinched his first WorldTour success at the Alte Motta, first class pass.

A first breakaway of nine riders, including the Austrian Felix Grossschartner (Bora-Hansgrohe), had formed around thirty kilometers after the start. The race finally accelerated to a little over 50 km: Damiano Caruso, in the wake of Romain Bardet, escapes in the descent of the Passo San Bernardino. The rider, teammate of Mikel Landa, forced to give up on the fifth stage after a crash, had so far never signed a podium in a race of this level.

With nearly two minutes ahead of Caruso (1′59) in the general classification, Egan Bernal should logically keep his pink jersey this Sunday. A 29 km time trial in the streets of Milan brings this 2021 edition of the Giro to a close.

At the forefront throughout the race, and dropped by Caruso just three kilometers from the finish, Romain Bardet (DSM) was taken over by Bernal and Martinez in the final. He took fourth place, 35 seconds behind the winner of the day. The French however took advantage of the minute lost by Hugh Carty (EF Education-NIPPO) to grab a place in the general classification. He is in fifth place and is eight seconds ahead of Daniel Martinez.