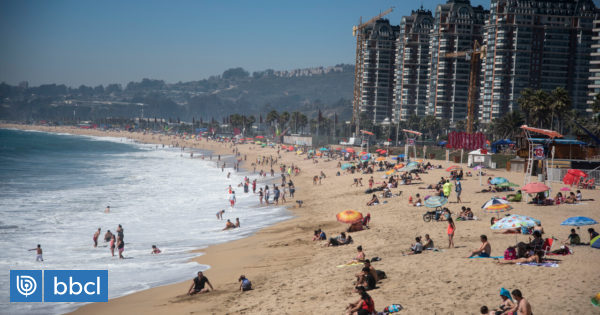 Tourism unions justified the “Vacation plan” announced by the Government and they hope it will be a first step to new measures that facilitate the reactivation of the industry.

Likewise, experts anticipate that the recovery of the labor market could be slower than predicted, if it goes backwards in terms of the reopening of the economy.

It was a request that had been raised for months and finally the Government agreed to allow interregional transfers between communes in Phase 2 of the Step by Step Plan, through a vacation permit.

With this decision, the vice president of the Federation of Tourism Companies, Helen Kouyumdjian, highlighted the fact that the sector you can bet with greater certainty to boost sales in the summer.

In the National Chamber of Commerce, meanwhile, the president of the Tourism Commission, Tomás Sahli, said he hopes that this is just a first step.

The concern lies in the economic impact that tourism has suffered since October 2019, which deepened during the pandemic, completely paralyzing activity with an impact that cut jobs in half.

In this sense, the UST economist and professor, Alejandro Puente, predicted that the recovery of the labor market will continue to be delayed if these activities are not supported.

Along the same lines, the economist and researcher at LyD, Felipe Berger, predicts that the next national employment figures will show an improvement, but the regression to phase 2 in the Metropolitan region will already show its effects on the December data.

According to the latest INE bulletin, for the August-October quarter, among the sectors that have lost the most jobs in twelve months are commerce, with a fall of 16.1% and accommodation and food services, with a decline of 43.7 percentage points.

The Undersecretary of Tourism, José Luis Uriarte, announced a “Vacation plan” for the communes that are in the Transition phase due to the covid-19 pandemic.

In the report of the Ministry of Health, the authority detailed that in the communes in phase 2, a permit to go on vacation will be enabled, which will be available from January 4 to March 31 on the Virtual Police Station page.

In turn, he specified that it may be used only once during the validity period and to a single destination.

In this way, people when entering the Virtual Police Station must indicate the departure and return date.