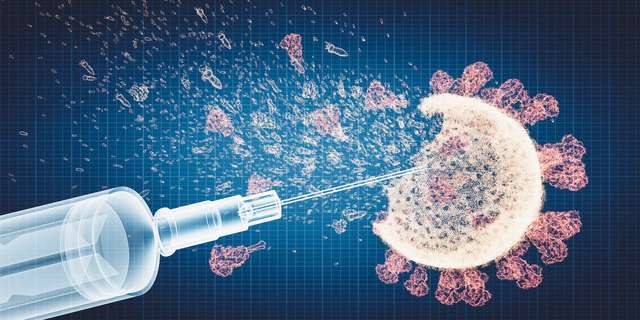 Researchers may have just got their hands on a little treasure. People who produce very powerful functional antibodies, capable of neutralizing all known variants of the coronavirus responsible for the Covid-19 pandemic. And even other animal coronaviruses. People who survived another coronavirus outbreak. The one that raged in Asia in 2003.

SARS-CoV-2 – this coronavirus responsible for the Covid-19 pandemic that we have been living for almost two years -, as its name suggests a little, is not the first coronavirus to have been responsible for a severe acute respiratory syndrome (SARS). Another appeared, still in China, at the end of 2002. It was at the origin of an epidemic that has spread to 30 countries. But fortunately was quickly interrupted. Fortunately, because its case fatality rate is now estimated at nearly 10%.

From researchers from the University of Singapore were interested in those who survived this SARS-CoV-1. And they now argue that those among them who recently received two doses of the Pfizer-BioNTech mRNA vaccine are producing antibodies capable of neutralizing all known variants of SARS-CoV-2. But also other animal coronaviruses likely to infect humans. Those who rely on the ACE2 molecule to enter our cells. Those that researchers group together among the sarbecoviruses.

To come to this conclusion, the researchers worked with three groups of people. People cured of SARS-CoV-1, people cured of SARS-CoV-2 and people with good health. After giving them two doses of Pfizer-BioNTech vaccine, they found that the first group was the only one with a broad spectrum of neutralizing antibodies not only against SARS-CoV-1, SARS-CoV-2, but also against 10 sarbecoviruses studied by the researchers.

Controlling the current pandemic … and those to come

This result, the researchers obtained …