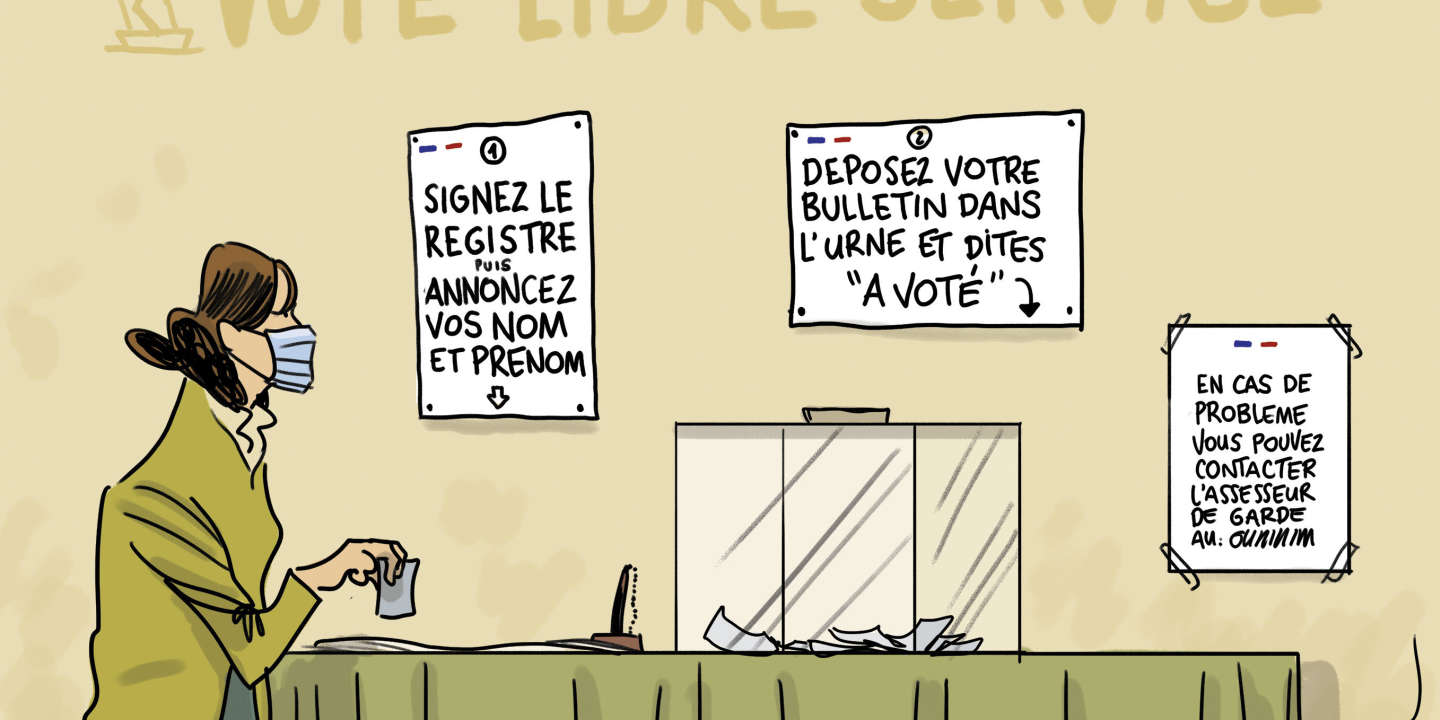 In Chambéry, only fifteen people have so far identified themselves in the election service. In view of the regional and departmental elections on June 20 and 27, the city is looking for… 148 assessors, these volunteers who ensure the smooth running of the vote in the offices. “It’s not a tidal wave”, euphemizes one of the organizers.

In the Pyrénées-Atlantiques, Sophie Lesur-Le Guiner, in charge of the organization of the elections for mayor of Pau, does not hide that she is “Very far from the goal” also. “I only have a quarter of the number of people needed at the moment”, she says. In Bordeaux, 150 people are still lacking out of the nearly 600 assessors needed to hold the polling stations, warns Delphine Jamet, deputy mayor in charge of general administration, the evaluation of public policies and the data strategy. .

Organizing the elections is proving more difficult than usual this year for the municipalities, which are responsible for them. In particular: the Covid-19 epidemic and the still present fear of the virus, despite the acceleration of the vaccination campaign. In particular among seniors, who often form a large part of the assessor battalion.

A situation which is all the more problematic as the number sought is twice as high with the double ballot – a first since 2008. Instead of the two assessors necessary in a traditional election, they will have to be four to manage the vote of the regional in a first step, then that of the departmental in a second, with very distinct routes and ballot boxes to avoid confusion.

Like Saint-Etienne, Bordeaux or Saint-Cloud (Hauts-de-Seine), municipalities have launched communication campaigns to remind their citizens of their needs. Through municipal advertising, social networks, the local press, even letters to citizens, this search for assessors is hammered out in all tones.

The State also heard the distress of the town halls and gave to the hesitant an additional reason to be voluntary for these two days of voting: access to the vaccination in priority for the assessors of less than 50 years.

Article reserved for our subscribers Read also “I was an anti-vaccine. And then, when I saw this niche, I clicked ”: in Lyon, the success of the evening vaccination against Covid-19

Since the beginning of May, the town halls have been issuing “Certificates of priority access to vaccination” and specific time slots are open on Doctolib for making appointments. If the vaccination will open to all adults on May 31, some town halls are already anticipating the traffic jam. On the weekend of June 5 and 6, the “vaccinodrome” of Pau and that of Saint-Etienne open slots specifically for those who would like to be assessors.

You have 53.79% of this article to read. The rest is for subscribers only.