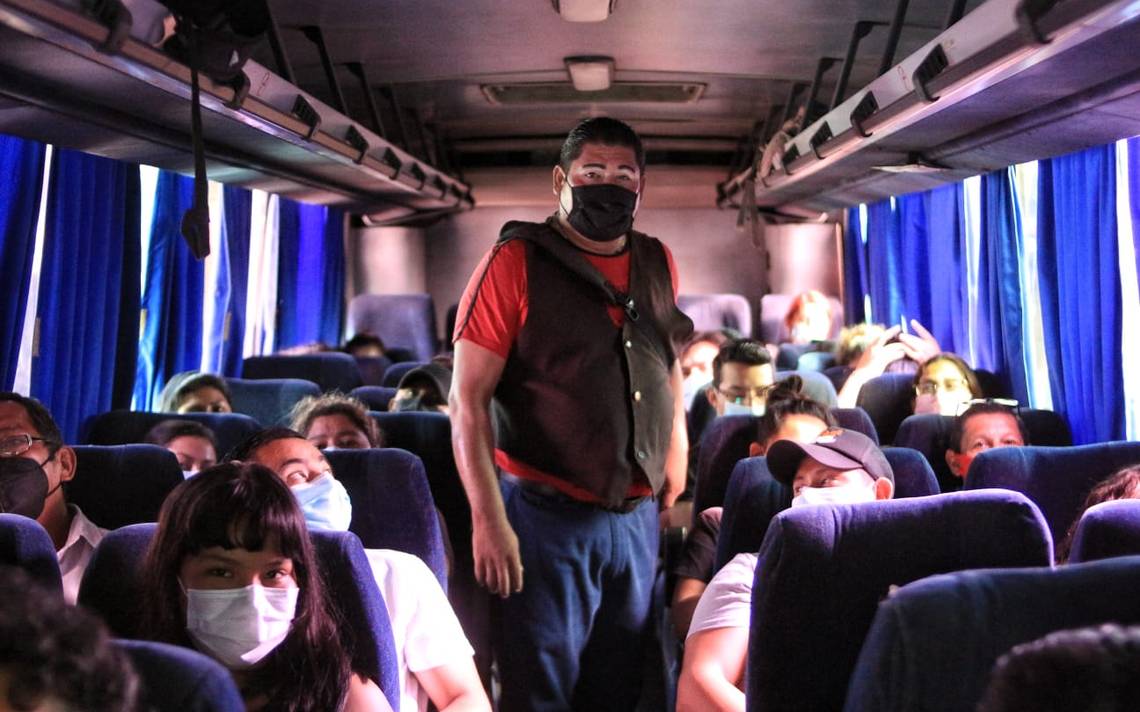 It’s 4 in the morning; It is not yet dawn and the atmosphere is quite cool; José Bruno looks at himself in the broken mirror that he has placed on the wall with a little disbelief; he rubs his fingers with white paint, and begins to draw with colors on his face, until he gives it the shape of a clown. He looks at his reflection again and smiles, at least until the sweat of work erases it throughout the day.

Read more: José and María see life go by not in a manger… but on a bridge in Villahermosa

He leaves his house bound for the bus station, where he earns a daily livelihood that allows him to buy medicine to treat the disease that his 18-year-old daughter suffers from: central juvenile diabetes insipidus.

José Bruno de la Cruz Falcón is his name, he is 43 years old, and originally from Pichucalco, Chiapas; He is better known in the trade as “El clown Travesuras”, he has been drawing smiles in children and adults for many years; at the age of 12 he had his first approach to one of the local circuses that came to his town one morning; There he slowly entered the tents and was fascinated by the show that was being presented, but his attention was drawn even more when the clowns arrived on the dance floor, “then I said: I want to dedicate myself to this, to brighten the hearts of other people,” he said.

From very early on he works in the amazing job of clown in the trucking stations, putting on a show for all the people who board a transport unit, however, for some years his smile has slowly faded when an illness appeared in his family.

At the age of three, the doctors detected a rare disease in her little daughter, called central juvenile diabetes insipidus, which represented a heavy blow to the heart of her family; a very rare disease in Mexico, but apparently it was already wreaking havoc on the health of his girl, named Victoria Guadalupe.

Victoria is currently 18 years old and has just finished her high school studies; however, he paused his studies due to illness. Her father, who has always supported her since she was a child, from the early hours of the morning, offers a small show at the bus stations in the city of Villahermosa, collecting and asking for the support of all the users who board the transport units.

He tells us that on a day of greater influx of people, he manages to collect between 400 and 450 pesos, but when things go wrong, he only manages to collect 100 to 150 pesos. The medicine she buys for her daughter’s illness, called 0.1 desmopressin, costs 1,500 pesos; medication that your daughter must give herself five times a day.

“Travesuras” helps people who board their destinations on a daily basis; He loads their suitcases, and supports the personnel of the trucking centers; gives instructions to people about a healthy distance and the use of antibacterial gel and face masks so that the Covid-19 virus does not continue to spread; He gets on the trucks and offers a little show of a few words, since they are not allowed by the pandemic to extend more than is appropriate in the units, he passes chair by chair asking for a little support for his daughter’s illness.

When he returns home around ten at night, his family always welcomes him with open arms: his 18-year-old daughter and his 13-year-old son, whom he says are the engine of his days, and he sleeps with the hope that tomorrow will be a better day for him and his family.

“Miracles really do exist; one can think that sometimes they don’t happen, but they do happen”. tells us with joy; “On one occasion a man came to me out of nowhere, and he told me: ‘Have mischief, I’ll give you this bag, but don’t open it until I’ve left here'”.

When I decided to open the bag that was shaped like some toy figures, inside it contained the amount of money that I needed to buy my daughter’s medicines; in truth, God exists, miracles too; good people abound in the city, only in the dark”

The clown Travesuras will continue to fight against his daughter’s illness every day and will support his family, drawing a smile and making everyone who approaches him have a better day, because “heroes exist every day, in the good morning you give, in the kindness towards other people and in helping to put on a smile when the world presents us with a scenario of sadness”, he concluded.

Gruyère can be produced in the United States, Switzerland protests