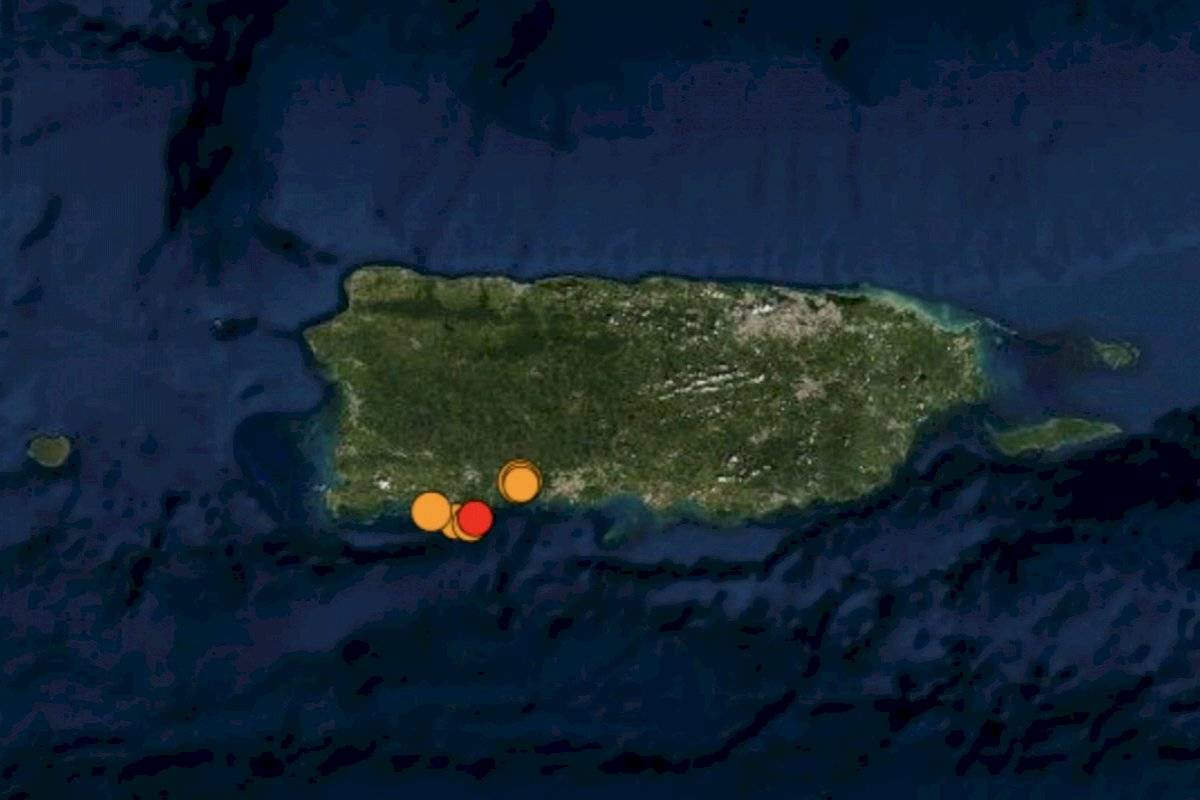 An earthquake of magnitude 4.2 occurred at 1:18 in the morning of this Monday and was reported as felt in several towns on the island, according to the Puerto Rico Seismic Network (PRSN).

Several people informed the PRSN that they felt the tremor. Among the towns that people reported the earthquake as felt are: Ponce, Peñuelas, Juana Díaz, Guayanilla, Morovis, Utuado, Cidra, Florida, Carolina, Lares, Hatillo, Arecibo and Caguas, among others.

The United States Geological Survey (USGS) reported that the epicenter of the earthquake was about 2 kilometers east of Magas Arriba, south of Puerto Rico.

The PRSN located the earthquake at latitude 18.01 degrees North with longitude 66.74 degrees West, at a depth of 15 kilometers.

At least in Ponce the tremor was felt with an intensity of V on the Modified Mercalli scale. That means it was felt by almost everyone: “many wake up. Some dishes, windows, etc. they break; some masonry houses crack. Unstable objects overturned. The doors swing, close, open ”.

In other places the earthquake was felt with an intensity of IV on the Modified Mercalli scale. That means it was “felt on the inside by many, on the outside by few. Windows, dishes, doors vibrate. The walls creak. Vibrations like the passing of a large truck; shaking sensation like a heavy ball. Stationary cars sway appreciably ”.

Due to its magnitude, this earthquake did not generate a Tsunami Warning, Warning or Surveillance for Puerto Rico and the Virgin Islands, the PRSN said on its website.

In Puerto Rico, there are seismic faults in the four cardinal points and inland, so the PRSN urges that you always be prepared for an earthquake of great proportions, which is not known when it will occur, but it is known what will happen.

The PRSN is attached to the Department of Geology of the Mayagüez Campus (RUM) of the University of Puerto Rico.

“Our mission is to detect, process, and investigate seismic activity in the Puerto Rico Region and promptly report the results for public safety, education, engineering, and scientific research purposes,” reports the PRSN on its website.