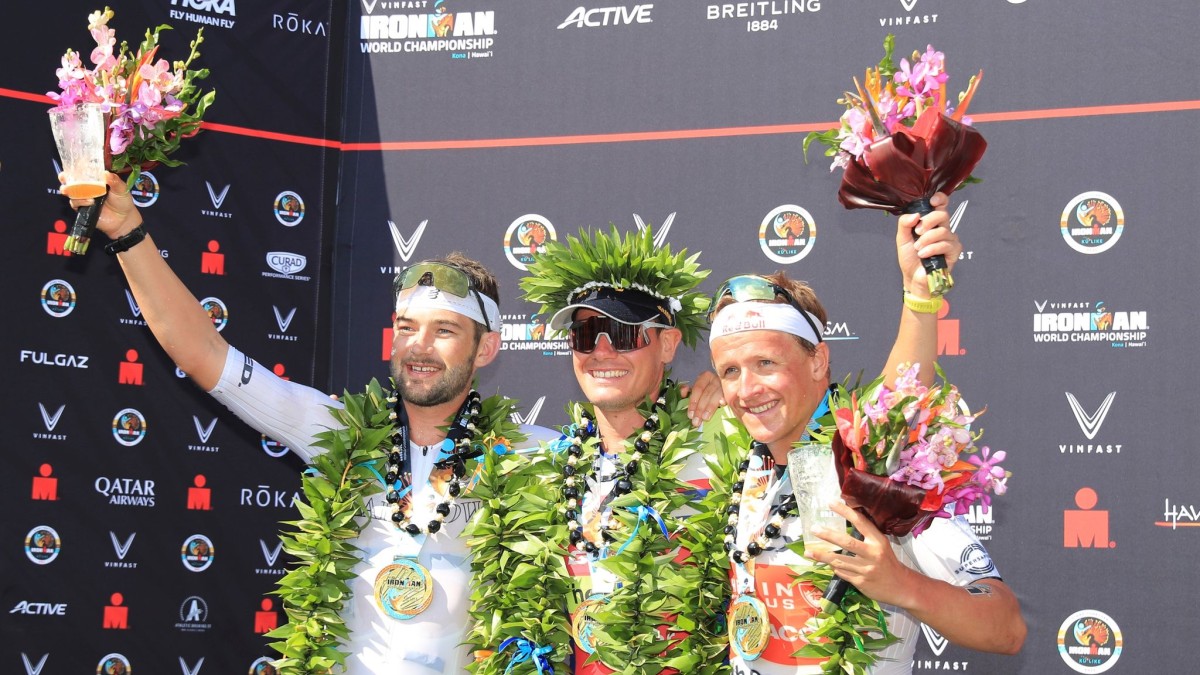 Kailua-Kona (dpa) – German punishment drama and a German champion of the heart, at the finish a Norwegian world champion, who is not called Kristian Bummenfelt.

Gustav Iden, buddy and training partner of the triathlon dominator from Bergen, won the Ironman World Championship in the fastest race in Hawaiian history, ending the German title series in the sweltering heat of Kailua-Kona. “The island tried to finish me off, I don’t know if I’ll come back again,” said the 26-year-old exhausted and sitting on a chair in the finish area.

In 7:40:24 hours, Iden smashed superstar Jan Frodeno’s 2019 course record by more than ten minutes (7:51:13)! and relegated Sam Laidlow of France to second place. Only then did Blummenfelt finish exhausted and completely exhausted.

For the first time no Hawaii gold for Germany

After the German victories from 2014 up to and including 2019 and the two years without a World Cup in Hawaii due to the corona pandemic, there was no gold in Hawaii for Germany’s Ironman aces for the first time. Among the women, who started separately for the first time on Thursday, 2019 world champion Anne Haug took third place, Laura Philipp finished fourth.

For the men, of all people, the man who competed in Hawaii for the last time and won the World Championships in 2014 was responsible for the best result on Saturday: ten years after his debut in the triathlon Mecca, Sebastian Kienle stayed under eight hours for the first time. In 7:55:40 hours, the 38-year-old made it to sixth place and, visibly moved and with tears in his eyes, he enjoyed the farewell round in the trellis of spectators and the hug with his wife and son, who was just over a year old: “Emotions -Explosion. There’s not much more to say about it,” he said.

Patrick Lange finished tenth after swimming 3.86 kilometers, cycling 180.2 kilometers and running 42.2 kilometers. For the champion of 2017 and 2018, the race was practically over after a good third on the bike course after a promising start. Like compatriot Florian Angert (12th place), he received a five-minute penalty, which can be imposed for slipstreaming, among other things. Thanks to his running skills and a lot of heart, Lange fought his way up to tenth place. “I’m incredibly proud of myself that I still pulled through after a time penalty that was questionable for me,” emphasized Lange on ZDF.

What would have been possible without the additional five minutes remains speculation. The fact that Laura Philipp missed the podium on Thursday after a time penalty of five minutes, the reason for which she was still not told until Saturday, caused a lot of frustration in the German camp.

“Absolute worst case,” said Lange’s coach Björn Geesmann after his protégé’s penalty. Angert coach Philipp Seip, who also trains Laura Philipp and is married to her, was speechless and felt a “proper helplessness”. Now the only thing missing is that Kienle, whom Seipp also trains, also has to go to the penalty box.

But he didn’t have to. Kienle did what he has always done best: catch up as a mediocre swimmer on the bike course. 46th of 50 professional men after the first discipline. “You don’t always have the placement in your own hands, a few other people also have a say with their performance,” emphasized Kienle, looking at his strong sixth place at the end. “Sometimes you have to judge your own performance independently of your placement and I have to say: It’s right up there.” Kienle wants to end his career next year, but Hawaii is over this time.

Long will come back. After his time penalty, he was 24th before he started on the running track, his favorite discipline. And he accelerated. Lange ran, grabbed a five-liter bottle of water to cool off, gave himself fresh water from the garden hose. Despite a marathon in 2:41:59 minutes, more than tenth place was no longer possible. At the front, everyone was waiting for Blummenfelt to attack. Laidlow, who completed the bike course in a record time of 4:04:36 hours, was overtaken only by Iden. Seven kilometers from the finish, the time had come, both shook hands at full speed, it was the handshake for the new Hawaii champion.

How to deal with a strong dollar?Economist: The solution depends on political factors | Anue Juheng – Forex