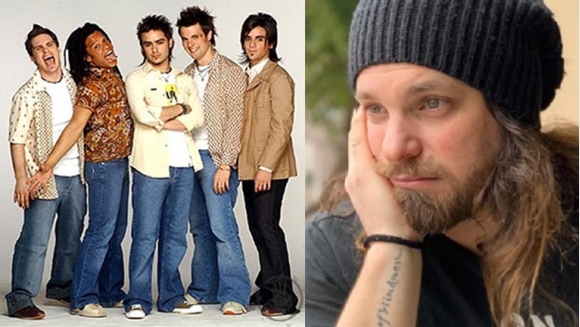 Germán “Tripa” Tripei is living a great professional and personal moment but do not forget how bad it happened when Mambrú separated, the band that it was all the rage in 2002 and of which he was a part. Sincere, he said that it took him a lot to overcome the addictions suffered after the musical group came to an end.

“It was emotionally like a graduate trip and psychologically a very strong blow; It was a very strong fall for a 23-year-old boy … That they raise you up like this and that everyone be there to tell you ‘yes, it’s great’, and suddenly it gets off, that you fall, and that nobody is there to accompany you, except the family that luckily was, “he said in dialogue with Free beings (Chronicle).

And he claimed that he suffered a strong drug addiction.

“As a result of that I started to lose a bit of the notion of what I wanted and how to do it. Salía to

“I went out every day, I used drugs, I drank a lot of alcohol and I even thought about committing suicide”

two days, I used drugs, drank a lot of alcohol and I even thought about committing suicide… There I lost my temper, I got depressed for a year, I moved back with my parents and I discarded the armchair because I was lying all day; The only thing I got up for was to go to training, which was like the only thing that disconnected me from that feeling”, He added, super sincere.

In addition to talking about its consumption, he said he had suicidal ideas.

“I started with depression, to ask myself: ‘What am I? Was I just a product?’ When Mambrú finished I was 25 years old and it was at that moment that drugs appeared. I started with pills, LSD and cocaine, but nothing injectable, they offered me but I did not arrive; and then I started looking for antidepressants, I stole from my old woman, mixed things with alcohol … And suddenly have these peaks of ecstasy and after want to kill everyone or kill myself”He added.

And he said goodbye admitting that the “media abandonment” was so strong that it was very difficult for him to overcome his abrupt change of life after the success of the band.

“That was the worst for me and I remember the exact moment in which we ended in 2005 … And the next day I went to an event and it was incredible because nobody asked me for a note, nobody did anything; It was tremendous because it went from becoming Gustavo Yankelevich’s spoiled children to being nothing”, Sentenced the couple of Flower Otero with whom he has a baby.