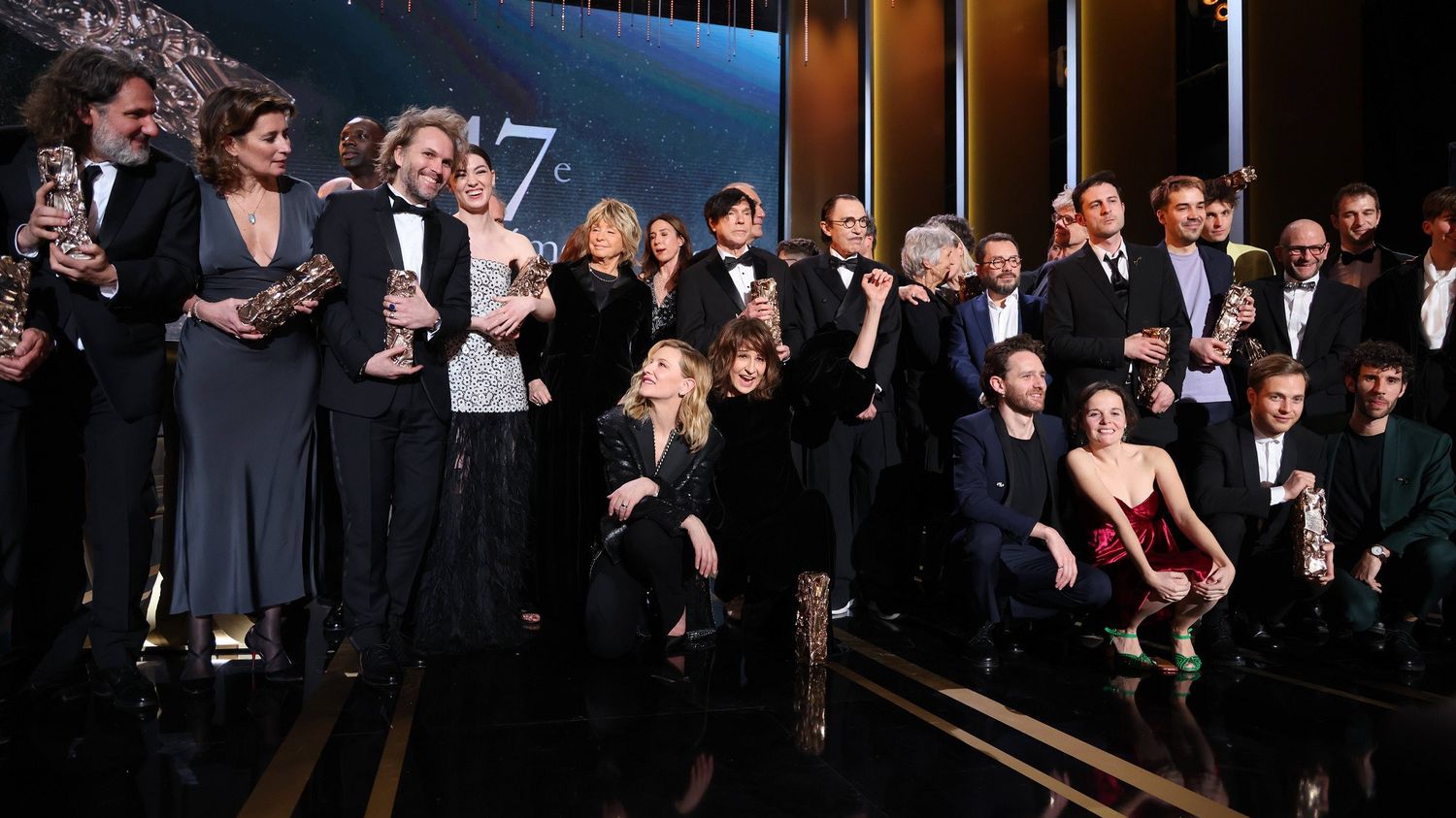 Unlike the catastrophic Césars of 2021, at the height of the health crisis and the desertification of cinemas, the 47th ceremony organized on Friday February 25 restored the image of the 7th French art by distinguishing two great films. lost illusions won seven trophies and Annette five, in the middle of a host of stars and beautiful moments in a very successful show, led for the tenth time by the master of ceremonies Antoine de Caunes. Franceinfo summarizes the evening in ten selected moments.

The match “Lost Illusions” versus “Annette”

The film lost illusions by Xavier Gianolli, adaptation of Balzac’s masterpiece, is the big winner of these César 2022. This acid fresco on the press and its excesses, which attracted more than 870,000 spectators in France, won seven of its fifteen nominations (a record), including Best Film, Best Supporting Actor for Vincent Lacoste and Best Male Newcomer, awarded to Benjamin Voisin in the leading role of Lucien de Rubempré.

Throughout the evening, the film competed for the best trophies with the opera-rock Annette who finally won five, including best director, which went to Leos Carax. The 61-year-old Franco-American director is the first to achieve with this film the double César for best director and Prize for directing at Cannes, where it was screened at the opening of the last festival.

In total, Léos Carax saw his film rewarded with a majority of technical prizes (visual effects, best editing, best sound, best original music). That of the best original music, awarded to the group Sparks, was folded and deserved in advance. Which earned a live interpretation of So May We Start on stage, the main theme of the film, under the dazzled eyes of Antoine de Caunes who had discovered them in 1976, when he was still only a “child of rock”.

Aline was awarded a single Cesar, but of mark, that of best actress for Valérie Lemercier in the title role of the real fake biopic of Celine Dion that she wrote and directed. She addressed her thanks to her “Grandmother” by announcing a film on Martine Aubry. All her!

It was Benoît Magimel who was crowned best actor for In his lifetime by Emmanuelle Bercot, a film where he seems to have exorcised his own demons through his character, sick and condemned. A recognition for an actor who has always given the maximum to the screen, at the risk of burning his wings.

The emotion of Xavier Dolan for Gaspard Ulliel

It was one of the most moving moments of the ceremony. Moved to tears, actor-director Xavier Dolan spoke, in a letter written to the mother of the deceased actor, of his dismay at the loss of a loved one. He thus paid homage to Gaspard Ulliel whom he had turned in Just the end of the world. The actor, who died on January 19 in a skiing accident at the age of 37, had received the César for Best Actor in 2017 for this film.

A tribute in pictures to Jean-Paul Belmondo

The tribute to Jean-Pierre Belmondo, who died on September 26, 2021, called for more of a festival of images than a thousand words. A magnificent montage was projected during the ceremony and returned to the immense career of the actor, leaving room for the influence of the actor who remains a personality and a solar artist.

Seeing the Cesar of Honor awarded to Cate Blanchett by Isabelle Huppert is a great moment in television and cinema. “You inhabit the cinema planet”, told her the French actress in a panegyric, followed by a magnificent montage retracing the exceptional career of the Australian actress. Moved, the latter had a discreet word for Ukraine, but “priority to the cinema as requested by Antoine de Caunes” at the opening of the ceremony, she recalled.

A caregiver crowned at the Césars

The César for Best Supporting Actress, awarded to caregiver Aïssatou Diallo Sagna, paid tribute to hospital staff hard hit by the Covid-19 pandemic, a period during which director Catherine Corsini filmed The dividehis film-pamphlet devoted to the hospital crisis in France.

A great presence on stage and in the film, Aissatou Diallo Sagna confided to having come on the “wild casting” of the film “to have fun“, but be today “very proud to represent” his job.

The César for Best Foreign Film looked like the best French film made outside the territory, with the British The Father by Frenchman Florian Zeller, based on his eponymous play. The evening thus crowns the story of a man plagued by Alzheimer’s disease, played by a remarkable Anthony Hopkins.

The 47th Cesar ceremony also crowned as best first film Magnetics by Vincent Maël Cardona, on the birth of free radio and new music in France in the early 80s. The Snow Panther by Marie Amiguet and Vincent Munier, based on the book by Sylvain Tesson, was voted Best Documentary Film. On his side, Onoda by Arthur Harari was rewarded for his scenario which tells the loneliness of a Japanese soldier, forgotten in the jungle without knowing since 1944 that the war is over.

Smoking before and after conception causes fetal delay