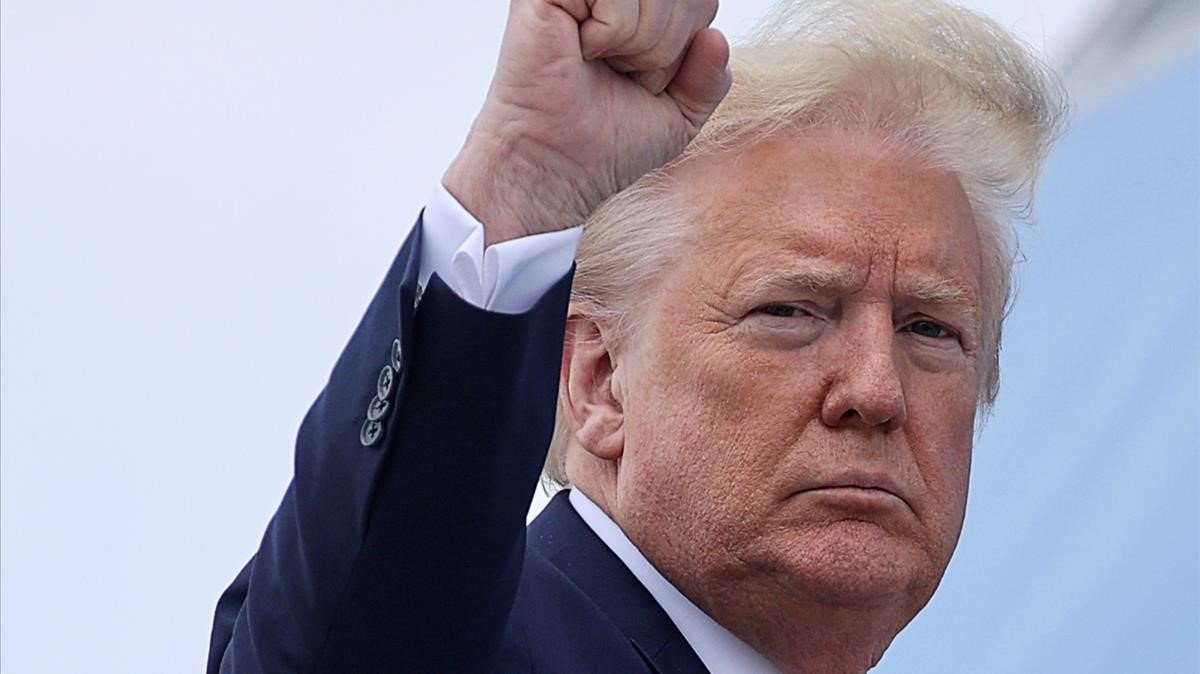 The president of United States, Donald trump, he has given by “terminated & rdquor; this Friday the your country’s relationship with the World Health Organization (WHO), the United Nations agency that tries to coordinate the international response to coronavirus pandemic. In an appearance from the White House, the Republican has accused the WHO of being “Fully controlled by China & rdquor; and has announced its intention to completely disassociate itself from its organization chart, one month after freezing the nearly 450 million dollars that Washington contributes annually to the Geneva-based organization. Trump is not only accelerating the decline of the United States, as evidenced by his country’s inability to provide a firm response to the pandemic, but he is destroying multilateralism in his fall.

“We have proposed detailed reforms that must be implemented and with which the organization must commit, but they have refused to act,” Trump said by way of justification. In fact, he hasn’t even waited for the 30 days deadline which he gave to the WHO secretary-general, Tedros Adhanom Ghebreyesus, for it to commit to carrying out major reforms. A period that expired within 20 days. At the organization’s recent annual meeting, Tedros promised to open a “Independent evaluation & rdquor; to draw lessons for future pandemics, as has been done on other occasions, but ignored the dictates of the White House.

Trump began charging against China and the WHO as his country became the world epicenter of the pandemic, more than 100,000 currently dead and almost 1.8 million contagions. He accused her of being too soft on the Asian giant, helping her to obfuscate the origins of the pandemic, or of taking too long to alert the world by certifying human-to-human transmission of the virus. “It is clear that repeated mistakes Committed by you and your organization in the response to the pandemic have been extremely costly to the world & rdquor ;, said the letter dated May 19.

See Also:  Coronavirus: WHO alarmed by alarming outbreak of cases

But regardless of whether the organization may have made mistakes, the truth is that Trump not only ignored the warnings that came from Geneva, but also from his intelligence services or epidemiologists from the Administration, who warned him very soon of the potentially devastating consequences of the pandemic. Beyond closing the borders with China, the president hardly took any action during the month of February, a month in which he said that the epidemic was fully controlled or that it would disappear “miraculously & rdquor ;. Hence the dubious credibility that his alleged will to reform the UN agency has generated.

“This never had anything to do with the reforms. It was all a lie & rdquor;, the Democratic senator has said, Chris Murphy. “It was always a distraction maneuver, a scapegoat. Abandoning the organization castrates our ability to curb future pandemics and leaves China as a world reference in public health. Is a nightmare& rdquor ;. Until now, the United States was the country that contributed the most funds to the WHO, about 15% of its budget. The organization is now in a delicate situation and is studying ways to adapt to the withdrawal of US funds. Its regional office for the Americas announced on Friday a plan to temporarily cut wages of your employees.

Trump’s fright will not end the WHO, but they could have a very detrimental impact on the important work he carries out around the world promoting public health programs, vaccination campaigns or helping to currently coordinate the search for a vaccine against Covid-19. What it will do is precipitate the diminishing influence of the United States in international forums. “It is a sad day when the USA abdicates its leadership in global health and completely inadmissible that it does so in the midst of a global pandemic, whose response is being coordinated by WHO & rdquor ;, Thomas Bollyky has said from the Council on Foreign Relations, in statements to the portal Vox ’portal.

See Also:  Pro-Iranian Militiamen Demonstrate Against the US Embassy in Baghdad

During the White House appearance, Trump also announced his intention to revoke the special status Hong Kong enjoys in American law. Although it did not set a date, if such a change was carried out, Washington would no longer consider the semi-autonomous territory as a separate entity from Beijing in terms of trade, visas or customs. That decision responds to the controversial national security law for Hong Kong approved this week by the Chinese legislature, a law that in Trump’s eyes “extends the reach of the Chinese security apparatus to what was a bastion of freedom.”

“This is a tragedy for the people of Hong Kong, the people of China and the world,” said the American leader. “My announcement today will affect all agreements we have with Hong Kong, from the extradition treaty to our export controls and technologies. We will act to revoke preferential treatment of Hong Kong as a separate territory for tariffs and travel compared to the rest of China”.