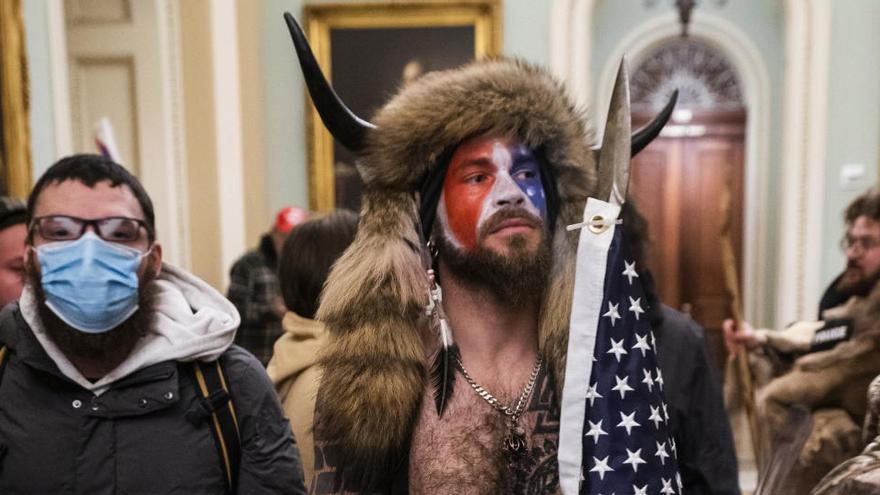 Jake Angeli, during the assault on the US Capitol.
EFE

The attorney for Jacob Chansley, known for participating in the assault on the Capitol on January 6 with his face painted with the American flag and wearing a bison fur hat and horns, has revealed that this wants to testify against the former president Donald Trump opened against him in Congress.

Chansley, known as the ‘Shaman of QAnon’ and also identified as’ Jake Angeli‘, he was “horribly enthralled” by Trump, but now feels abandoned by the ex-president for not having amnestied them before the end of his term, on January 20. “He feels betrayed by the president“, explained Chansley’s lawyer, Albert Watkins, in statements collected by CBS.

Watkins has indicated that he has not yet spoken to a senator about his client’s offer to appear. The impeachment trial begins in the week of February 8 and seeks primarily to disqualify Trump from a possible presidential bid in 2024.

Chansley and four other Capitol robbers who have been indicted for federal crimes They could declare that they received orders from the now former president, which would incriminate him in the attack.

Chansley is according to the prosecution a “self-proclaimed leader” of the far-right conspiratorial movement QAnon and has become the icon of the assault on the Capitol inspired by Trump, although the president himself reversed his support after the irruption.