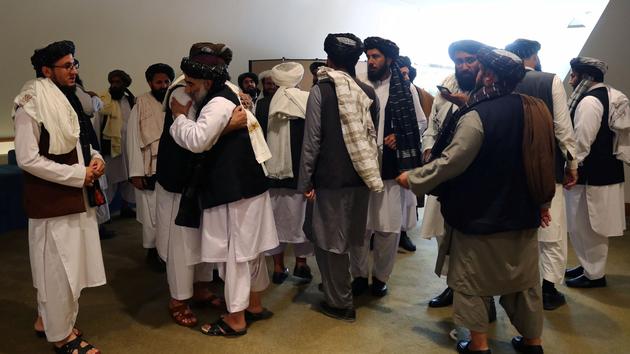 If the signing of an agreement between the Americans and the Taliban, this Saturday February 29 in Doha, does not end the longest military intervention in the history of the United States, it represents the first significant step towards a possible solution negotiated: after an initial reduction which would see the number of soldiers drop to 8,600 (thus returning to the level expected at the end of the second mandate of Barack Obama in 2016) within 135 days of the signing of the agreement, the United States and their allies “complete withdrawal of remaining forces from Afghanistan within 14 months“, Specifies the joint declaration of the governments. An exchange of thousands of prisoners is expected to take place between the two sides.

US Secretary of State Mike Pompeo called on the Taliban in Doha to “keep the promise of break with al-Qaeda“. United States “will not hesitate to cancel the agreementIf the Taliban violate it, he said.

The bet remains risky, and the process full

This article is for subscribers only. You still have 82% to discover.

See Also:  The U.S. will sharply raise its travel warning that 80% of the world’s countries have been delisted