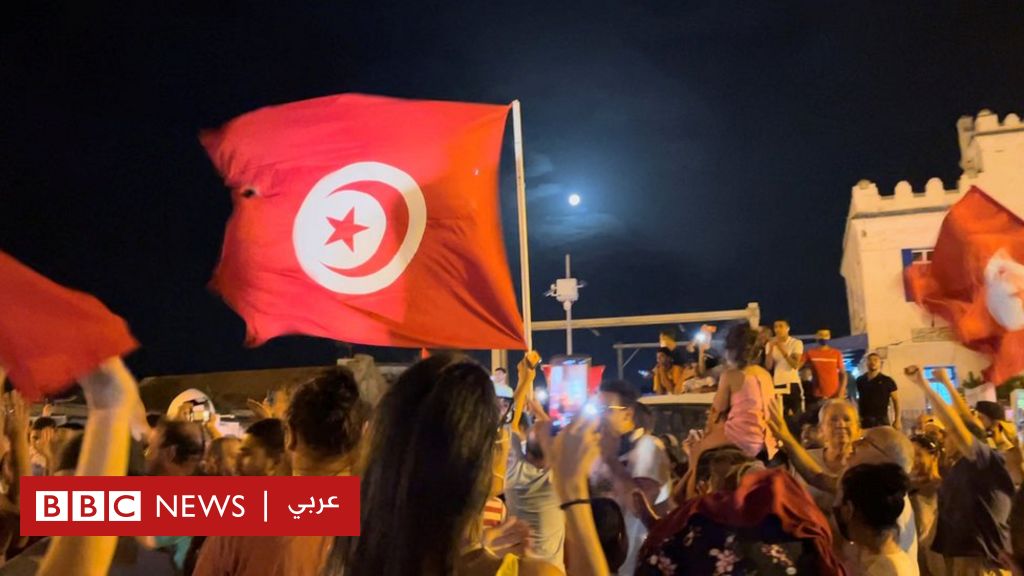 The leader of the Islamist Ennahda Party in Tunisia, which is the largest party represented in parliament, and a number of party deputies began a sit-in on Monday in front of the Legislative Council building after the army prevented them from entering it.

Rashid Ghannouchi, who is also the Speaker of the Legislative Council, tried to reach Parliament at 3:00 am, according to local time, and hours after President Qais Saied suspended Parliament and dismissed Prime Minister Hisham al-Mashishi, in a move denounced by the Ennahda Party and described as a “military coup”. However, the Tunisian army prevented him and several deputies from entering the building.

Ghannouchi said he would call for a challenge session for Said, but the army stationed outside the building prevented him from entering.

Several hundred supporters of President Saied gathered in front of parliament on Monday, chanting slogans against the Ennahda movement and preventing party followers from reaching the building. According to Agence France-Presse that a state of congestion prevails in front of the parliament building and that the two sides threw stones and bottles at each other.

What did the president say?

On Sunday evening, the president announced that he had dismissed Prime Minister Hisham al-Mashishi, and had suspended parliament for 30 days. After President Said announced the suspension of Parliament after an emergency meeting in his palace, hundreds of people took to the streets of the capital in celebration, using car horns and fireworks.

Thousands of Tunisians had marched in several cities, before Said’s announcement, in protest against the Islamist Ennahda movement, criticizing the largest party in the divided Tunisian government for its failure to tackle the epidemic.

In a statement on Facebook, the party responded by describing what happened as a “coup against the revolution and the constitution,” warning that its members would “defend the revolution.”

“We are passing through the most delicate moments in Tunisia’s history,” Saied said on Sunday.

He added that the constitution did not allow parliament to be dissolved, but allowed it to suspend it, citing Article 80 allowing it in case of “imminent danger”.

“The necessary decisions were taken to save Tunisia, the state and the Tunisian people,” he said.

He added that he would assume the executive power “with the help” of the government, whose new president he will appoint.

He also said that the parliamentary immunity of the deputies will be lifted.

What does Article 80 of the Constitution say?

“The President of the Republic, in the event of an imminent danger threatening the nation’s entity, the country’s security, or its independence, with which the normal functioning of the state’s wheels is impossible, may take the measures necessitated by that exceptional situation, after consulting the Prime Minister and the Speaker of the Assembly of the People’s Representatives and informing the President of the Constitutional Court. A statement to the people.

Thirty days after the entry into force of these measures, and at any time thereafter, the Constitutional Court, at the request of the Speaker of the Assembly of the Representatives of the People or thirty of its members, is entrusted with a decision on the continuation of the exceptional situation or not.

The court declares its decision publicly within a maximum deadline of fifteen days. The work of such measures shall be terminated by the disappearance of their causes.

The President of the Republic shall issue a statement to the people in this regard.

President Saeed’s controversial move came after a long period of deadlock between him, the prime minister and the legislature, which impeded the management of the coronavirus crisis that has led to a death rate that is among the highest in the world. It also comes despite presidential powers being largely limited to security and diplomacy under a constitution that enshrines parliamentary democracy.

What did the Renaissance movement say?

Ghannouchi, head of the Ennahda party, which has played a role in successive coalition governments, denounced these moves as a “coup and an assault on democracy.”

“We are also able to organize large demonstrations to show the number of Tunisians who oppose these decisions,” he said.

A senior Ennahda official, who asked not to be identified, was quoted by AFP as claiming that Sunday’s protests before the president’s announcement, and subsequent celebrations, were all of Said’s design.

Demonstrations were reported in the towns of Gafsa, Kairouan, Monastir, Sousse and Tozeur.

“The people want to dissolve parliament,” the demonstrators chanted.

In the ten years after the revolution, Tunisia had nine governments, some of which lasted only a few months, hampering reforms needed to fix its faltering economy and poor public services.

Tunisia has recently been overwhelmed by COVID-19 cases, including more than 18,000 deaths. Last week, al-Mashishi sacked his health minister over his handling of the pandemic as the number of cases skyrocketed – the latest in a string of health ministers to have been sacked.