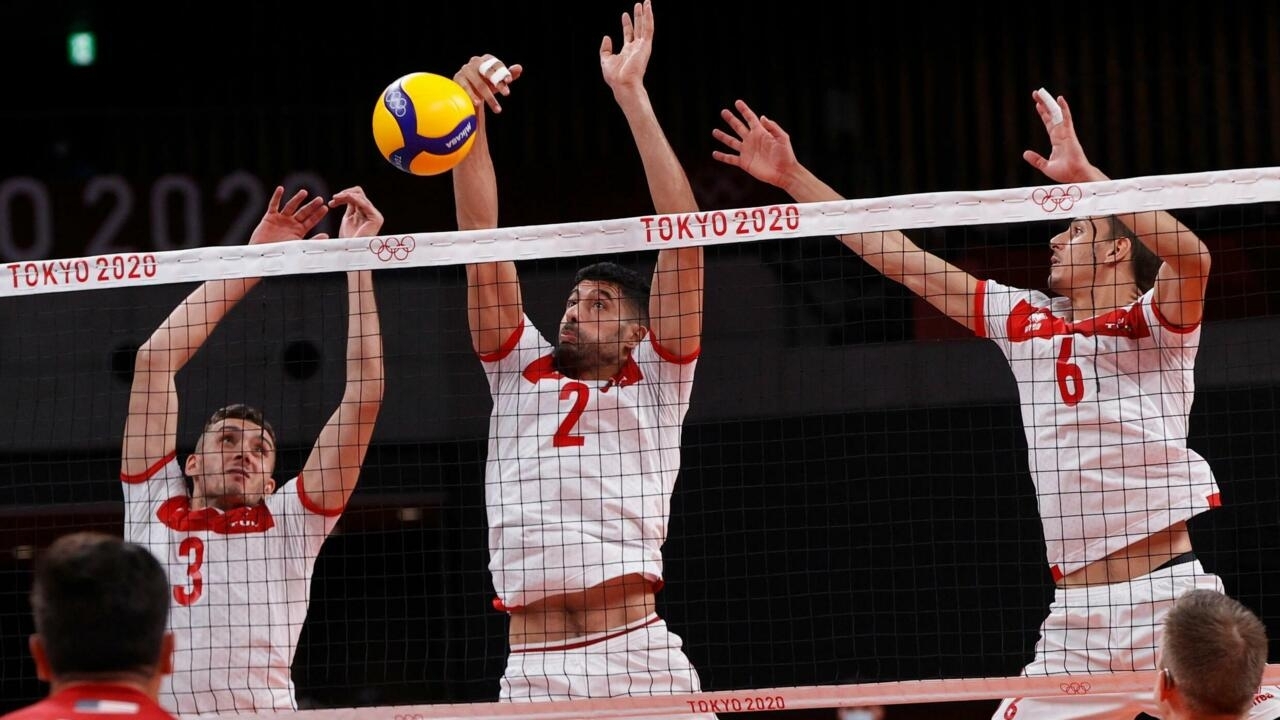 The Tunisian men’s volleyball team lost 3 sets to 1 against that of the United States on July 28, 2021 in Tokyo. This is the third consecutive defeat of the Tunisians during these Olympics. But the African champions assure that they are above all there to grow, by facing the best.

The American volleyball players jostle and tease each other like kids, after their victory against the Tunisians, on July 28, in the first round of the Tokyo 2021 Olympic Games. However, they did not have fun all the time, this Wednesday at the Ariake Arena. After a well-controlled first set (25-13), the United States team has indeed yielded the second 25-23. And Tunisia, after a failed third set (25-14), still hung in the fourth (25-23).

« We showed great things and we won our first set during this competition, underlines Wassim Ben Tara, Tunisian top scorer (16 points) during this meeting. We fought well in the second and fourth set “. The one who evolves to the post of pointed continues: ” After the third set, we regained our confidence, we tried everything and we were not far from going to the fifth set. It’s a shame because we deserved better. »

The Tunisians are now three defeats in as many matches, after their losses against Brazil (3 sets 0) and France (3 sets 0). But this set snatched from the Americans is precious for the confidence of the Eagles of Carthage. ” It shows that we can really fight with these kinds of teams, that we can snatch sets from them. It starts there: winning sets. Before, why not, to win matches », Adds Wassim Ben Tara.

Win a second match at the Olympics

One match, the Tunisian volleyball team has won only one in the history of the Olympic Games. It was 1984 in Los Angeles. Its 35 other matches at the Olympics, the Tunisian selection lost them. So, win another meeting, on July 30 against the Argentinian and / or the 1is August against Russia would be fabulous. ” There are still two bullets to be fired. It will be difficult, but we will try », assure Wassim Ben Tara.

Its captain Mehdi Ben Cheikh is also cautious and recalls the objective of the African champions during these Olympic Games. ” We know very well that we are playing against big teams. Our group is very difficult with teams like Brazil, France, Russia and Argentina, he emphasizes. The main thing for us is to improve the level of the players. Because our national championship has a very low level. It’s very important to play against great nations like these, in order to reach a new level ».

As for a possible quarter-final in Tokyo, hookable in the event of double success during the next few days, Mehdi Ben Cheikh does not even think about it: ” You have to be logical. It will be very difficult to get there. The most important thing for Tunisia is to play well. »