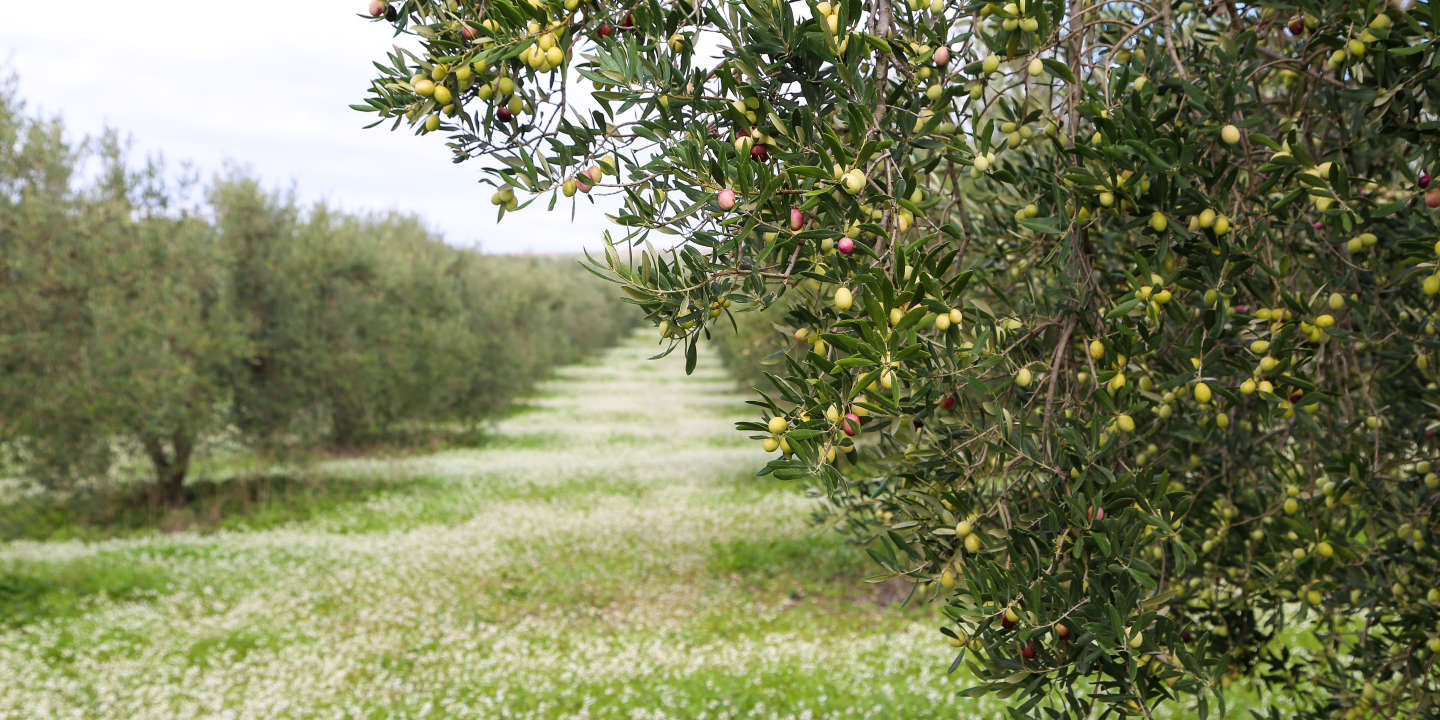 From the north to the south of Tunisia, when the time for the olive harvest strikes at the end of summer and until December, women are everywhere. Floral scarf on the hair, wrapped in thick clothes, the pickers, perched on their wooden ladder, take care not to damage the delicate fruit. For a long time, female agricultural workers were the only women present in the production of olive oil, a sector largely dominated by men. And despite their overwhelming presence at this crucial stage in the production chain, these little expert hands, underpaid and underreported, have never drawn a very small profit from this exhausting work.

Read the report In Tunisia, the tragic fate of female agricultural workers

Today, tired of seeing the product of their sacrifices escape them, Tunisian women are organizing themselves, driven by the development of an organic sector that has been booming for ten years. Whether they come from rural or urban areas, they take over family farms, embark on individual projects or group together in cooperatives (agricultural development group, GDA), encouraged by the success of a few pioneers whose success in “l ‘liquid gold’ quickly became known in the industry.

“On all the olive projects that are presented to us for certification, analysis Imen Jaouadi, director of Ecocert Tunisia, organization which issues the organic label, about 10% are worn by women. It may not seem like much, but in reality, it is huge, because many are produced by cooperatives, the GDAs, and in the end that makes a lot of women producers! For five years in particular, and thanks to organic farming, women have been wrestling their place in a men’s world. ”

Sélima and Afet Ben Hamouda are among them. In 2014, the two sisters aged 35 and 38 left their jobs, one in the commercial service of a palace in Tamerza (center-west) and the other in the right, to take over the family cereal farm located on the heights. de Mateur, in the governorate of Bizerte (north). The harvest from the 1,500 Chétouis olive trees – a variety from the country – planted in the 1960s is ” always “ sold in bulk to wholesalers. “Our father encouraged us a lot, remembers Selima. He has always been sensitive to environmental issues and had a long history of no-till no-till methods recommended in permaculture. So when we decided to go for it, it was clear that we wanted to do high quality and organic. “” We did not have “business plan”, s’amuse Afet, but we immediately wanted to train in Sfax ”, the Mecca of Tunisian olive oil. “The rest was a matter of meetings. An exciting world has opened up to us. “

On their sunny hillsides where wheat, rapeseed and oats grow, Sélima and Afet enriched their estate by planting 12,500 trees of arbequinas, arbosanas and sayalis, then built an oil mill to press and condition the precious juice themselves. . From the first bottles, in 2016-2017, their A&S brand won several of the most prestigious awards in Bari (BIOL), London, New York and Tokyo. And if, until then, their oil only constituted an additional income, the 6.5 tonnes out of their mill in 2020 should allow Sélima and Afet to significantly increase their income.

From their beginnings, they have called on the expertise of the Association for Sustainable Agriculture (APAD) and agricultural engineers to clean up their plots and are now awaiting their organic certification. “We still have a lot to learn. We grope, we search, we make mistakes, but when the time comes to harvest, explains Afet, we’re all excited, we wonder what our oil will taste like. We are far from these meetings where large industrialists are obsessed with stock market prices and talk about the Chinese market. “

It was in 1999 that Tunisia planted the seeds of organic agriculture with its law of April 5, the first of African and Arab regulations. “At that time, Tunisia did not content itself with laying down a regulatory framework, traces Samia Maamer, director general of organic production at the Ministry of Agriculture. She immediately committed to creating institutions and tools to drive a real transformation: from specifications allowing producers to move towards organic, to masters to train specialized agricultural engineers, including grants to help obtain certification and the means of monitoring that guarantees quality over time. “ This allowed organic olive oil to obtain in June 2009 the equivalence of certification from the European Union, opening wider the doors of the European market.

Today, each governorate has a local branch of the Directorate-General located in Tunis and the Ministry of Agriculture launched in 2015 a fifteen-year plan to strengthen the sector. It is this ecosystem that has greatly benefited Tunisian olive oil since the country, third world producer after Spain and Italy with an annual average of 220,000 tonnes, has become the first country in the world in terms of surface area. certified organic olive growing (256,000 hectares). Tunisian green gold, renowned for its fruitiness, bitterness and spiciness, is partly bought by Europeans to enhance the quality of their own productions, like blends in the production of wines.

Organic olive oil production now reaches 15% of total Tunisian production and women are present at all stages: at the picking of course, but also at the mill, as with the Ben Hamouda sisters. “Who only work with girls”, in the management of many farms and cooperatives, in the management of major brands, like Samia Salma Belkhiria, general manager of Medagro-Ruspina, one of the oldest brands (1887) in the land of Carthage. But they are also panelists, oleologists, engineers, chemists, marketing directors, certification agents, inspectors, controllers. “In the regional delegations, more than half of the agents working directly in support of farmers are women”, evaluates for example Samia Maamer.

If they are not necessarily exporters, olive growers sell their production on the domestic market and in delicatessens, and are often driving forces to develop taste education projects, festivals and create synergies with other women who cook and invent daring sweet-salty-olive oil marriages. “A creativity that is still too little visible”, judge Imène Trabelsi-Trigui, vice-president of Women in Olive Oil Tunisia and responsible for innovations. The international organization, created in April 2020 by the American Jill Myers, has opened branches in 40 producing countries, bringing together more than two thousand actresses in the sector. The Tunisian branch, launched in full containment, already has 44 producers and GDAs, all sensitive to the biological cause.

“The stake for Tunisians, explains Imène Trabelsi, who is also a university professor and a doctorate in agro-food marketing, is first of all to get out of the logic of selling products without creating added value. For this, they must master the entire production chain and develop their brand image. We must help them increase their productivity without giving up virtuous practices. “ Marketing, recovery of production waste, new technologies associated with agriculture, products derived from the olive tree, tourism are the avenues that Women in Olive Oil is working on.

“Here, people are very sensitive to the history of the olive, a symbol of Tunisian identity since very ancient times”, bids Zohra Boussetta, who manages “Four-handed”, with her husband Mounir, the magnificent estate of Segermès, in the Zaghouan basin (north). Their 300 hectares of olive trees chétouis, chemlalis and olive groves conceal ancient vestiges as soon as the earth is turned over. They have brought together some major pieces on the esplanade which dominates their verdigris fields and show the remains of the small Byzantine chapel and its baptistery dating from the IV.e century AD to groups curious to delve into the Carthaginian Christian history. There is the same interest at the Ben Ismaïl farm, in Toukaber (Béjà), where one does not fail to show millstone and crenellated stone columns and even a Byzantine “painting” representing a feline listed in the heritage. All crowned as it should be with a tasting of Triomphe organic wines, multi-awarded, and lemonade concocted by Radhia, the hostess, with her personal harvest. “There is such an interest in the Tunisian terroir and in organic, enthuses Maher Ben Ismaïl, that we received almost 5,000 visitors in 2019 and opened a second restaurant with farm products. “

For this development to benefit women even more, we must not only strengthen the organic sector, but also develop fair trade, argues Imène Trabelsi-Trigui. Still in its infancy in Tunisia, this alternative model guarantees an income worthy of the picker to the seller. “Organic certification contracts are a form of recognition of the work of rural women, explains Imen Jaouadi, from Ecocert. They restore equity to farms where, until then, women worked and men earned the income. And if we manage to combining the two will really have an impact on the situation of female agricultural workers, the most vulnerable in the entire chain. It is also a question of social justice. “