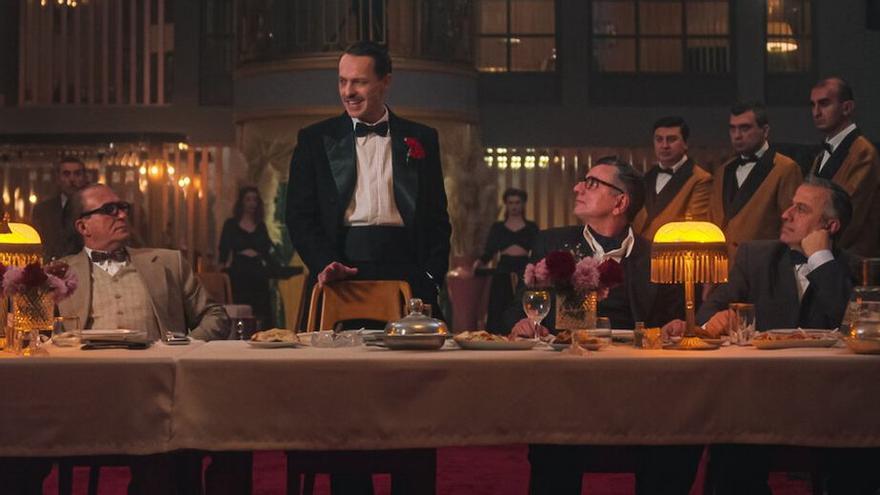 The mr orhan, owner of nightclub, you are in a hurry for your subordinate to do the task. “Look for them. Weren’t there any in Istanbul? Well try Ankara, Izmir“, says the boss Orhan to Celebi, your worker. “But sir, I’ve been looking for months. It’s not easy to find skilled workers and just be turks. For example, I have found a better waiter than Agop, but he is not Muslim either… “, Çelebi responds.

Orhan loses his patience. Under the pressure of his own ambition, he wants the task to be done quickly: that all non-Turkish workers in his business be laid off. “Sir, can I ask you a question? Out of curiosity. Why fire non-Turks? “ “The country is changing, Çelebi. Non-Muslims will have to accept it, “replies the boss.

The conversation, set in 1950s Istanbul, may have actually happened, but it is fiction. It’s about the series’Club Estambul’ (Netflix), the latest Turkish soap opera and that breaks audience records. Like the other Turkish productions, the series is full of topics of love, betrayal, sex, intrigue and a lot of drama.

But ‘Club Istanbul’ has something else: political content. It is about the life of a Jewish mother and her daughter at a time in the 1950s when Turkish nationalism struck the last blow at the Greek, Armenian and Jewish minorities that still remained in Istanbul. To the beginning of the 20th century, the city was inhabited by half Turks, half members of these communities. Today in Istanbul there are barely a few few thousand of Jews, Greeks and Armenians.

“It has had a great positive impact. The knowledge level. The majority of Turks, until now, did not know anything about us, the community, and now they know more. Also, the way the series treats Sephardim and the problem of Turkish citizenship is a breath of fresh air, “he explains. Nesi Altaras, a member of the Sephardic community of Turkey.

“This was a first time. In Turkish series, minorities are usually portrayed as just mens or, if there is a woman, this is a kind of fatal Woman; a unscrupulous woman. But this series has been different. The protagonists are normal women, who live a normal life and whom society stigmatizes due to the fact of being part of the minority “, says Altaras, who is editor of the magazine ‘Avlaremoz’, an online platform to promote communication between different communities from Turkey.

“The ostracism that the community suffers in Turkey cannot be solved with a single series, but it is a step forward. For example, November – the month of the premiere of ‘Club Istanbul’ – was the month in which ‘Avlaremoz’ received the most visits. Every year we have more readers and more followers, “adds this Sephardic representative.

Children of this land

‘We will love’ is a word in ladino and it means the same, ‘we will talk’. It is the language preserved by a few thousand Sephardim in Istanbul, inherited from the español who spoke when, in 1492, The Catholic kings they expelled the 150,000 Jews that inhabited the Iberian Peninsula.

Most ended up in the extinct ottoman empire, especially in the cities of Thessaloniki, Izmir (now Izmir) and Istanbul, where for centuries it was one of the most socially, culturally and economically active communities. Now, however, they live apart and locked in their circle.

“Istanbul and Anatolia it is the place in the world where cultures and religions live more in peace and communion. This land is also your land, so if someone asks you where you are from, you have to say that you are from this land! “, a district mayor of Istanbul said this December during the celebration in the city of Hanukkah (Jewish religious holiday), despite the fact that Sephardim have been living on the shores of the island for more than 500 years. Bosphorus. Said mayor, in fact, was born in a town thousands of kilometers east of Istanbul.

“This is exactly the dynamic of Turkish nationalism to present itself as hosts. And the Jewish elites have participated in it, thinking that the closer to power you are, the better it will be. But it is not true. This idea has not worked in the past and it does not work now: the community loses more people every year. More and more are leaving “says Altaras.

‘Club Istanbul’, the fashion series, however, offers an alternative, a communion that, despite everything, existed and continues to exist. “What a beautiful song”, says a worker from the same club to the protagonist, Matilda Toilet. The worker recently arrived in Istanbul from a rural town in Anatolia. “It is an old Sephardic song”, the protagonist answers, who continues to explain herself to the face of not understanding of her interlocutor:

“The Sephardim are the Jews who migrated here centuries ago. Like me,” says Matilda. The boy’s response defines Turkey: “Ah, well. Well, like us “.

“I was in the euphoria of the match” – Release

Gold under pressure from rising US bond yields