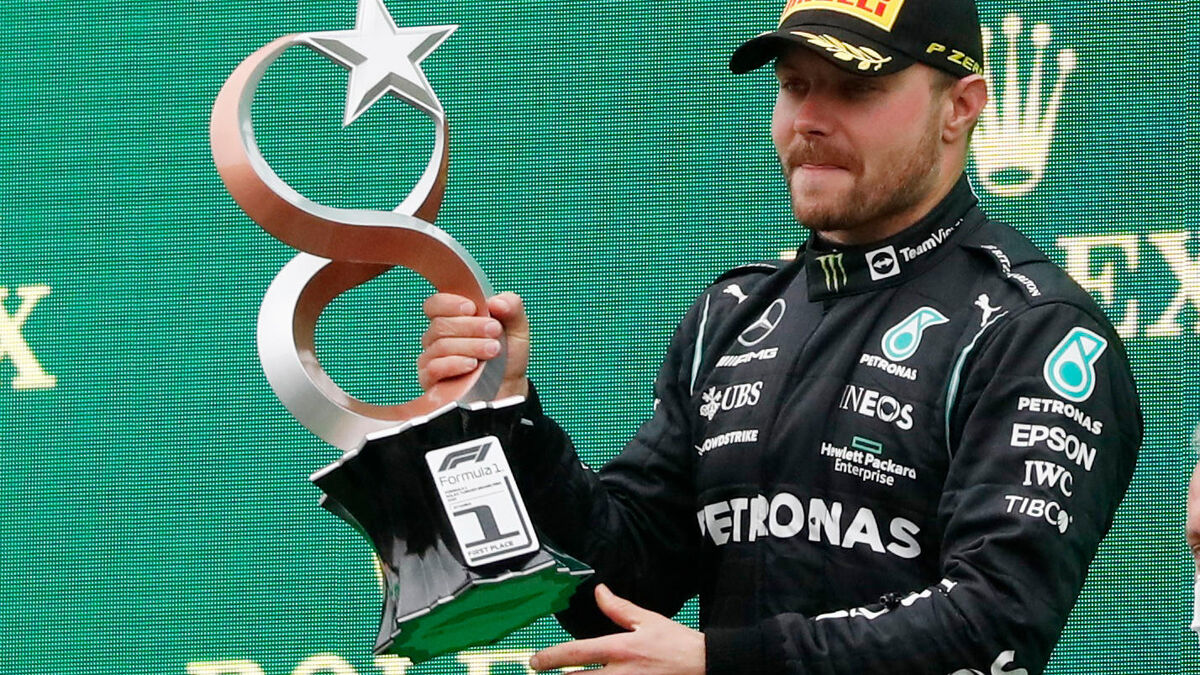 He was the great host of the Turkish Grand Prix. In the good and the less good. Starting in 11th position (he had been penalized by ten places after qualifying for the change of an element on the engine of his Mercedes), Lewis Hamilton passed under the Turkish checkered flag of the Istanbul Otodrom in fifth position .

The seven-time world champion must thus cede the reins of the 2021 edition to the Dutchman Verstappen (Red Bull), second in a race won by Valtteri Bottas, Hamilton’s teammate, for six small points. The fiery Mexican Sergio Perez (teammate of… Verstappen) completed the podium in front of Monegasque Charles Leclerc (Ferrari), who had the meager satisfaction of leading for ten laps through the game of pit stops. Note, and this is rare, that all the drivers (including Gasly, 6th and Ocon, 10th) managed to reach the finish line.

Lap after lap, with a metronomic coldness on a wet track, Hamilton recovered its competitors. Until a nice pass with Perez, forced to cut through the pit lane to keep his position. Sturdy behind his wheel, the Briton has nevertheless sinned in his race management. Against the advice of his engineers, driver n ° 44 first tried to complete the 58 laps without changing tires, before having to change his mind seven laps from the finish. For not much. “I told you so,” he squeaked into his microphone at his booth.

“What do you want me to tell you,” he muttered as he left the paddock, certain he could have grabbed third place. “If Ocon went to the end without a change, I could have done it too. I’m here to help the team make the best decisions. At the end the track was dry and when you put on intermediate tires, you know they overheat immediately. It’s hard to swallow but that’s how it is. “

Valtteri Bottas can smile. The Finn, who will leave the German team at the end of the season to join Alfa Romeo, was no longer on the top step of the podium since the 2020 Russian Grand Prix. “It feels good, he breathes. It is one of my best races in F1. I slipped a bit at the start but after that everything was under control. The conditions were fine for me. I was able to manage my pace even though it was not easy to choose the tire strategy, knowing when to stop. Everything went perfectly. “

Same satisfaction on the side of Verstappen, in search of his first world title at 24 years old. “It was really not easy,” he explains. The track was very greasy and we couldn’t really attack. I’m happy to finish second under these conditions, because it was still quite easy to make a mistake… ”Next meeting in two weeks in Austin (United States). The end of the season promises to be lively.