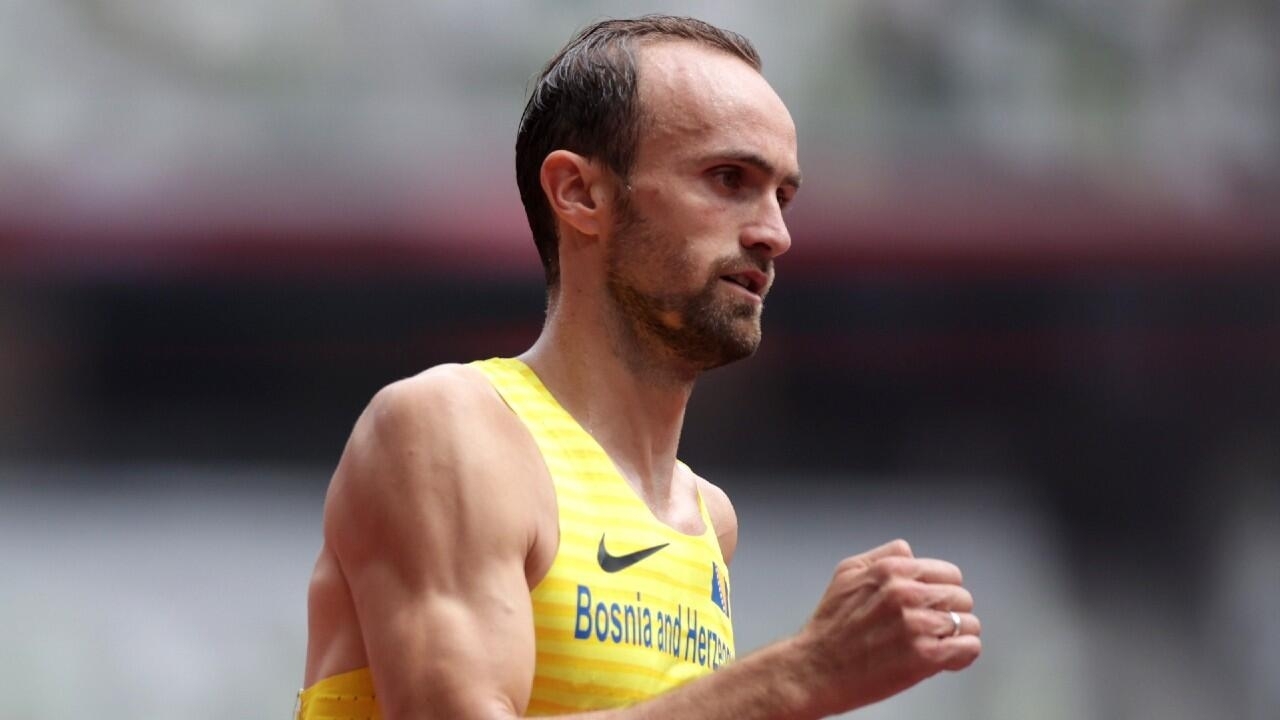 After six appearances in the Summer Olympics, Bosnia and Herzegovina is still looking for a first medal. This happiness could come thanks to the athlete Amel Tuka. This 800m specialist, vice-world champion, is one of the favorites of the event.

When Amel Tuka was born on January 9, 1991, in the small town of Kakanj in Bosnia, clashes were soon to erupt in his country. The first years of his life were marked by the bloodiest conflict in Europe since World War II.

The war in Bosnia and Herzegovina, which began with the break-up of Yugoslavia and the declaration of independence of this small state in the Balkans, was to kill 100,000 people and more than two million displaced between 1992 and 1995. The Srebrenica massacre , described as an act of genocide, in which Bosnian Serb forces killed around 8,000 Bosnian men and adolescents, remains the most terrifying event.

While this violence raged, Bosnia and Herzegovina at the same time participated for the first time in the Olympic Games in 1992 in Barcelona. Since then, this small country dreams of winning its first medal. In Tokyo, all hopes rest on Amel Tuka, the flag bearer of the delegation.

The athlete qualified for the 800m semi-finals on Saturday July 31, finishing 2nd in his heat with a time of 1: 45.48. Vice-world champion in the discipline, he is one of the contenders for the title. The Bosnian is taking part in the Games for the second time. In 2016, in Brazil, he unfortunately stopped in the semi-finals. “I was under a lot of pressure in Rio and I couldn’t sleep well because of my nervousness,” he explained in an interview. on the official website of the Olympic Games. “Small details and my training was not as it should have been.”

Five years later, Amel Tuka has learned from her mistakes. He approaches the Tokyo Olympics with more serenity. “I don’t think I missed anything in my preparation this time around. All the experience I have gained during the Games has given me a lot more security and stability in what I do today.” .

A message of fraternity

The 800m specialist is now third in the world behind American Donavan Brazier, who did not qualify for the Games, and Kenyan Ferguson Cheruiyot Rotich. As the defending champion, Kenya’s David Rudisha, has been forced to forfeit due to injury, all hopes are high.

While waiting to do battle on the track, Amel Tuka shares on social networks her happiness to be present in Japan. In a very symbolic message published last Saturday, he showed a photo of himself with tennis player Novak Djokovic. More than twenty-five years after the end of the war, the Bosnian praised the qualities of the Serbian: “Nole is a humanist man and athlete,” he wrote. “Nole is our friend and a good and honest man whom I wish to win gold from the bottom of my heart.” The world number one was finally eliminated Friday in the semi-finals of the tennis tournament, but this beautiful image of brotherhood will remain.

At 30, Amel Tuka also sees herself as a role model for the new generation. He does not hesitate to give advice to the other six members of the Bosnian delegation: “Sometimes team members need to relax, gain experience and stability, while accepting the pressure. “.

At the launch of the Tokyo Games, 149 countries had won at least one Olympic medal since the start of the modern Olympic Games in 1896. Thanks to Amel Tuka, Bosnia-Herzegovina could join this club. Even if he dreams of making history, the middle distance runner above all wants to give the best of himself: “This way, we will have no regrets if we lose”.

In the non-medalists, we find Bosnia-Herzegovina with six participations in the Summer Olympics. She can finally hope to “lose her virginity” with Amel Tuka, the vice-world champion in Athletics in the 800m. (3/8) pic.twitter.com/IsdWPp4INI