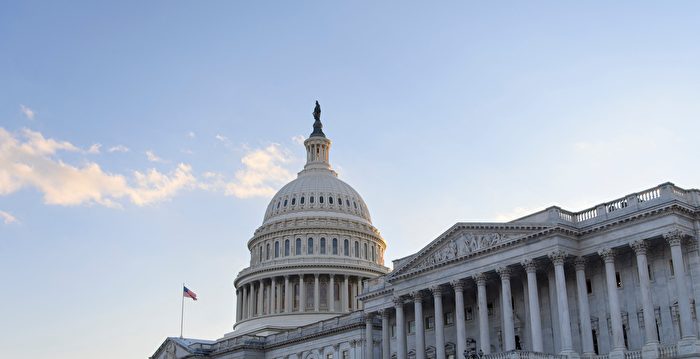 As soon as the merger news came out, Republicans welcomed it, Democrats were quick toMuskcriticized.from the United Statesmidterm electionsThere are still more than 6 months, and both parties are accelerating the endorsement of candidates, and the top leaders have begun to resume election campaign activities in various places.

Republican lawmakers celebrated the news of Musk’s acquisition of Twitter on Monday, hoping he would restore Twitter’s “free speech”, while Democrats were more skeptical of the deal.

Jordan is one of the critics of Big Tech in the U.S. Congress. In the past, conservative Republicans have accused Twitter and other big tech companies of being biased against conservatives, banning or suspending the use of the platform against former President Trump and other prominent Republicans, but also against terrorism, Turn a blind eye to the anti-American propaganda of foreign authoritarian countries.

Democrats: Musk buying Twitter is dangerous to our democracy

On the other hand, some Democrats were quick to criticize Musk after learning of the Tesla and SpaceX CEO’s takeover of one of the world’s most influential social media networks.

Democratic Senator Elizabeth Warren said: “Musk’s purchase of Twitter is dangerous to our democracy. It’s a reminder of why we need a wealth tax and why we need some serious regulation of Big Tech. .”

Musk has publicly stated that he doesn’t like Twitter’s permanent ban on users, preferring to set a “timeout”; if a user posts a controversial tweet, Musk wants to “let the tweet exist.”

Durbin said his first question to Musk was, “Will your message boards include Trump?”

He said it would “not be in the best interests of America’s future” if Musk asked Trump to return to Twitter. But Durbin did not give further details.

Durbin, who leads the Senate Judiciary Committee, said his group, along with other committee groups, is exploring whether new regulations should be imposed on Big Tech to incentivize them to do more to moderate content.

Musk did not say whether he would bring back Trump, who was permanently banned from Twitter in January 2021, but his recent comments fueled speculation about the matter.

If Twitter reverses its ban on Trump and restores Trump’s favorite megaphone, Trump could use the platform to guide the Republican agenda and support candidates in the November election that will determine control of Congress, Bloomberg reported.

Based on past experience, midterm elections are often unfavorable to the ruling party. Most election forecasters agree that Republicans are likely to retake both chambers in November.

The Washington Post reported that Biden is now starting to add bricks to the Democratic midterm campaign to help the Democrats reduce their losses in the November midterm elections.

But some in the party believe that while Biden is stepping up, such efforts are long overdue, and they are dissatisfied that the White House has not yet developed a final comprehensive strategy for the midterm elections.

There was no overarching document outlining the president’s involvement in key campaign events, nor a set message that would lead Democrats through November, the report cited multiple sources familiar with the situation who chose to remain anonymous.

Steve Jarding, a Democratic strategist and former senior adviser to the Democratic Senatorial Campaign Committee, told The Hill that Musk taking over Twitter would be bad for Democrats because Republicans have been socializing dominant in the media.

“They tend to have a much larger footprint on these social media platforms than the Democrats,” Jardin said.

Jardin said Democrats are discussing proposals to tax billionaires’ unrealized capital gains to pay for climate change and economic inequality proposals at a time when Musk, the billionaire, is taking over the main media outlet for political discussions. “terrible question”.

Jardin said Musk could decide whether to use platform clicks to affect society in a good way or a bad way if he wanted to, “it’s too concentrated (power) for one person.”

Repeal of Section 230 may be on the agenda again

If Musk ends up successfully closing the deal to buy Twitter, Congress is likely to push the agenda to repeal Section 230 again. “Section 230” is a legal protection for Big Tech to avoid some lawsuits.

In the last period of Trump’s term, the Republican Party proposed to cancel the “Section 230”, the legal protection clause given by Congress to big technology companies.

Biden also surprised the tech world by calling for the repeal of Section 230 during the campaign. Unlike other conservatives, however, Biden said some social media platforms were doing too little, not too much, in monitoring scrutiny.

He stressed that social media companies will be forced to better monitor their sites, prevent disinformation and limit the power of tech giants and their executives.

The Wall Street Journal reported that Biden has yet to make a new policy that might replace Section 230, but he appears to want social media companies to be more aggressive, not more passive, in removing content, especially for those who are being removed. The Biden campaign considers so-called disinformation spread by pro-Trump groups.

Former President Barack Obama said in a speech at Stanford University earlier in April that he was concerned about reducing restrictions on “lies and conspiracy theories” by America’s big tech companies.