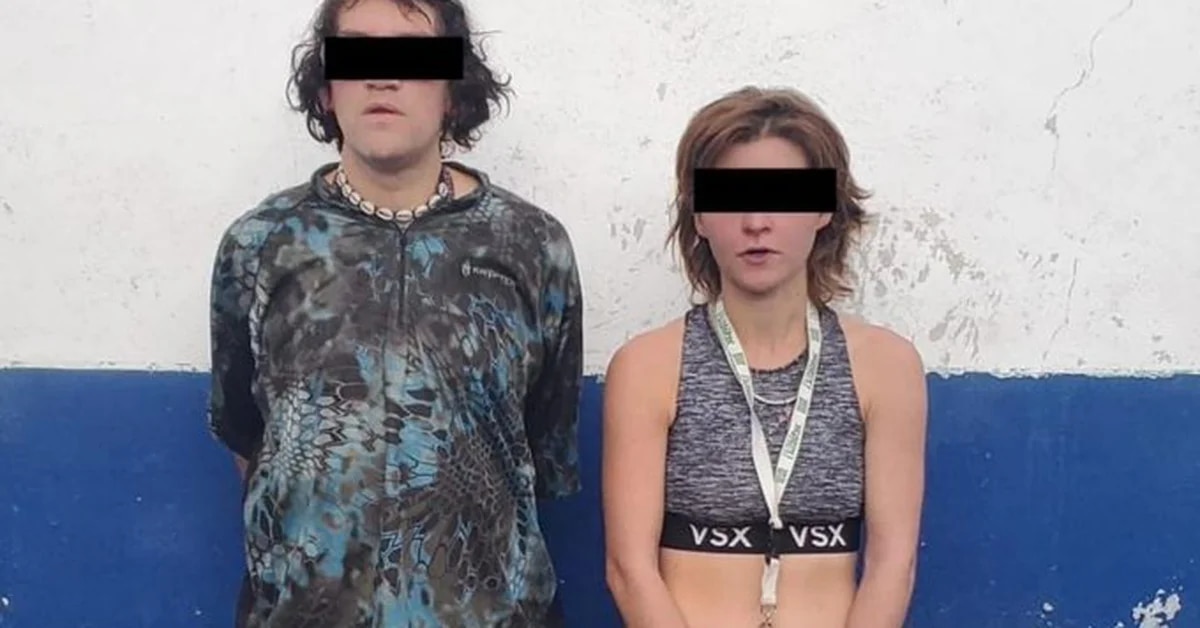 Both detainees were made available to the competent authorities (Photo: Twitter/@IrmaRibbon)

Municipal Police of TulumQuintana Roo, arrested two US citizens in possession of Firearmsuseful cartridges, a stolen vehicle and a security camera sensorswith which they presumably verified if the surveillance devices worked.

The woman and the man They were inside a black Jeep Compass van with license plates from the state of Guerrero.which already had a report of theft; the Americans were held at a highway checkpoint implemented by local authorities.

After flagging them down and checking the vehicle, The uniformed officers found two 9 mm caliber Glock handguns.; a .22 caliber rifle; chargers for different weapons; useful cartridges of 9mm and 380, as well as 9mm caliber expanding bullets.

Also, they were assured of aelectronic device used to detect surveillance cameras in operation, which was allegedly used for criminal activities in the entity. They also had possession of a US passport belonging to another person, who was not with them at the time of their capture.

The weapons and merchandise were secured by the municipal police (Photo: Twitter/@IrmaRibbon)

So much Devan “N”, from ArizonaWhat Natalie “N”from Californiawere transferred to the city of Cancun to be placed at the disposal of a judge, who will also take possession of the items seized by municipal security personnel.

The Caribbean entity has been one of the points strongly affected by the violence of the state, since last Saturday, February 19, a shooting was reported in the Tulum’s Art Beach restaurantQuintana Roo which left two people dead and one injured.

The first reports indicated that assassins arrived at the premises and opened fire on people who were inside the site, at approximately 9:00 p.m. Also, after the attack two subjects would have been lying on the floor without vital signs and witnesses in the area highlighted that multiple detonations were heard.

Local media mentioned that emergency services arrived in the area and the Red Cross took an injured man to a hospital unit. In the area, elements of the National Guard and the Attorney General of the State of Quintana Roo (FGE).

Regarding the reasons for the attack, which took place in the restaurant located in the kilometer 7 of the Tulum-Bocapaila highwaythe first line of investigation could be directed at an alleged settling of scores between rival criminal gangs.

The vehicle in which they were traveling had a report of theft in Guerrero (Photo: Twitter/@IrmaRibbon)

In this situation, the FGE ruled on the matter and initiated the corresponding investigation folder. It also confirmed that two men lost their lives due to gunshots and a 24-year-old man was injured.

It should be remembered that recently tourist sites in Quintana Roo have been devastated by violence. Such was the case during the first month of 2022, when a Canadian tourist was killed and two more were injuredafter being hit by firearm shots by a subject who unleashed a shootout inside the Xcaret hotel.

“The three injured were immediately transferred to the hospital, where unfortunately one dies, the three guests are of Canadian origin,” he reported. Lucio Hernández, Secretary of State Security.

The official also reported that the attack would have derived from an argument between the guests of the tourist complex. After unleashing chaos and committing the crime, the assailant fled through the jungle undergrowth, but his image was captured on video surveillance cameras and he is already being sought for arrest.

Coup to drug trafficker in Quintana Roo: cell linked to shooting fell that left two foreigners dead in Tulum
Violence in Tulum: shooting at Art Beach restaurant left two dead and one injured
They repatriated to India the body of Anjali Ryot, the influencer murdered in Tulum