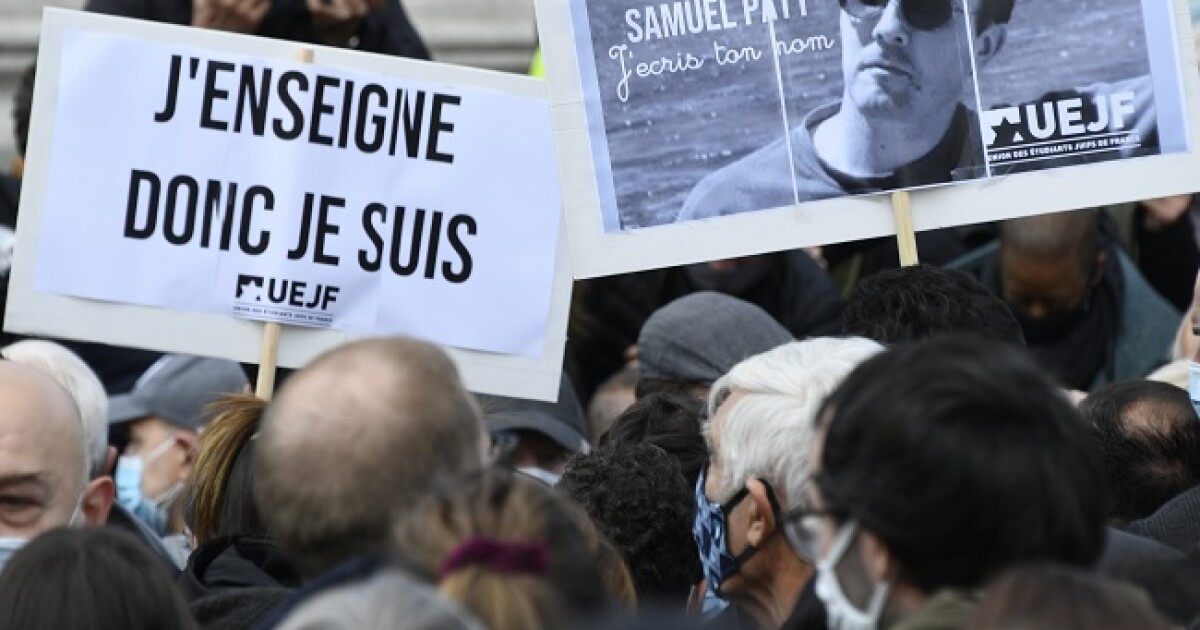 Among those arrested for the crime of the beheaded teacher in France are two parents of the victim’s students. An 18-year-old, who was killed after the murder, was identified as the alleged aggressor.

He teacher Samuel Paty was beheaded in the middle of the street
near the school where he worked in Conflans-Sainte-Honorine, a small town of 35,000 inhabitants located 50 km from Paris.

Immediately after the attack, the police tried to detain a man armed with a knife who threatened them in the area, which caused the officers to open fire and the alleged assailant died.

Five more people were arrested in France on the night from Friday to Saturday after the crime, bringing the number of those arrested to nine.

According to judicial sources, among the last five arrested are two parents of students from the institute where the victim worked. These people reportedly had a discussion with the teacher after he taught the cartoons of Muhammad to the young people during a class.

Three people who belong to the aggressor’s environment without being relatives are also detained.

Hours earlier, four other people from the aggressor’s family had also been arrested, including a minor.

The alleged perpetrator of the crime had no criminal record, although he had committed a minor offense. The security services had also not registered a possible radicalization of the suspect.

After the crime, the National Antiterrorist Prosecutor’s Office opened an investigation for “murder in connection with a terrorist company” and “terrorist criminal association”.

He President Emmanuel Macron
he immediately went to the scene of the murder and called on “the whole nation” to rally around the teachers to “protect and defend them.” “They will not pass. The obscurantism and the violence that accompanies it will not win,” said the president.

In January 2015, the editorial staff of the French satirical weekly Charlie Hebdo
, who had published controversial cartoons of Muhammad, was attacked by two jihadists and 12 people were killed. On November 13 of that same year, Paris was the scene of several simultaneous jihadist attacks that caused 130 deaths and 350 injuries. In total, 259 people have been killed in France since 2015 in attacks by radical Islamists.

March for the beheaded teacher

Thousands of people marched on Sunday in the Place de la République in Paris to pay tribute to Samuel Paty.

Brandishing banners saying “No to totalitarianism of thought” or “I am a teacher”, the crowd calmly paid homage to the teacher.

“I’m Samuel!”, “Freedom of speech, freedom of teaching!” People chanted, and there was also long applause.

Around the statue in the Plaza de la República, which continued to fill, some waved French flags and other signs that read “It’s dark in the land of lights.”