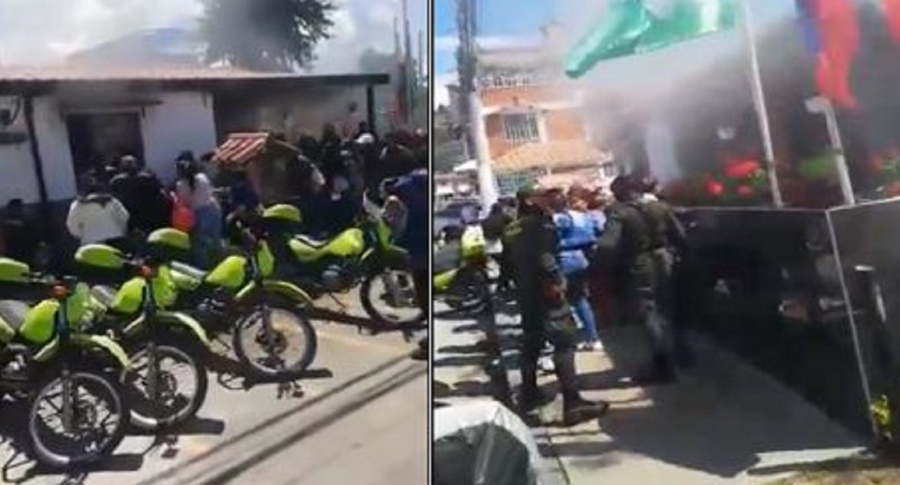 This revelation represents a turning point in the investigation into the death of 9 young people who were detained at the station Policeman in Soacha, since Semana reported that the Prosecutor’s Office called a hearing to charge a patrol boat and her partner.

The medium identifies them as Aleida del Pilar González and Jorge Suárez, and ensures that the crime for which they will be charged before a judge next week is aggravated intentional homicide. Specifically, the magazine says that Attorney General typifies the crime as “Aggravated intentional homicide in homogeneous competition, in heterogeneous competition with tempted aggravated malicious homicide.”

Among the evidence that the investigators collected to support the accusation are, according to that medium, the testimonies of two other policemen who affirm that their companions would be responsible for the fire that was generated in the cell where the detainees were, as well as three videos that would clarify how the flames started.

This information would cast doubt on the first hypothesis given by the Police Commander from Cundinamarca, Colonel César Ovidio Castro, according to which the events were produced by a “riot against the Police by the relatives” of several of the detainees.

“At the same time, there was also a riot by the inmates, who piled up the mats and set them on fire,” said the high official on September 4, the day on which the tragedy occurred.

Relatives point to police for fire at Soacha station

At that time, 11 people were there deprived of their freedom, and the governor of Cundinamarca, Nicolás García, reported that two policemen were also injured.

Incident at the Soacha police station that leaves 13 injured, two policemen and 11 people who were captured, is being treated at this time by CRUE Cundinamarca and CRUE Bogotá. I am informed minute by minute of the situation. pic.twitter.com/8cicJIMM0l

Relatives of the deceased they blamed the police who were in charge of the station, and said that “none of them did anything to prevent the boys from getting burned, they couldn’t get them out of there or, as they say, they didn’t feel like it. The police folded their hands and let the fire spread ”.

The police, for their part, denied these accusations and said that the uniformed men “acted immediately” to remove the detainees and transfer them in ambulances.

This video, published by a CityTv reporter, shows the moments of anguish experienced by the relatives of the detainees.

According to preliminary versions, he Cai de Soacha was set on fire. pic.twitter.com/JE3ZL8EFMD