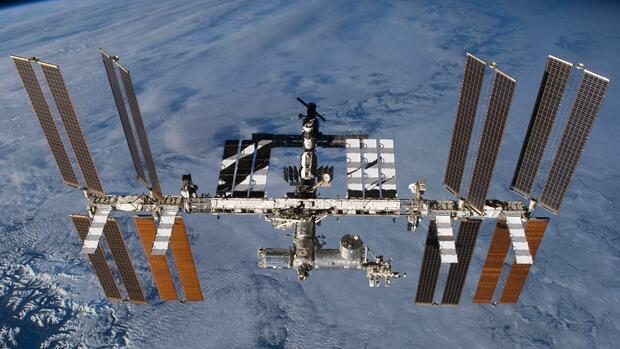 Cape Canaveral For the first time in nine years, astronauts have flown from the USA to the ISS space station – and for the first time with the help of a private space company. The US space travelers Robert Behnken and Douglas Hurley docked on Sunday after around 20 hours of flight with the “Crew Dragon” space capsule on the ISS, as the US space agency Nasa and the private space company SpaceX announced. The two astronauts then entered the ISS. They should stay on the space station for around a month. Her colleagues who were already stationed there, the US spaceman Christopher Cassidy and the two Russian cosmonauts Anatoli Iwanischin and Iwan Wagner were waiting on board the ISS.

The space capsule had taken off from the Cape Canaveral spaceport on Saturday with a “Falcon 9” rocket. “History has been written,” Nasa commented on the short message service Twitter.

NASA boss Jim Bridenstine spoke of a “wonderful day”. US President Donald Trump celebrated the start as a “heroic act”. Commercial space travel is the future. “A new era of American ambition has now begun.”

SpaceX founder Elon Musk was deeply moved. “I’m really emotionally overwhelmed, it’s difficult for me to speak,” said Musk at a press conference after the start. He had worked towards this goal for 18 years. “I think it’s something that humanity can look forward to and be proud of.” The German astronaut Alexander Gerst welcomed his two astronaut colleagues via Twitter “welcome back to space” and congratulated SpaceX for the “solid performance “.

The space nation Russia congratulated the United States on its successful start. “Everything has already happened in the cosmos, and it is essential to have at least two transport systems,” said the spokesman for the Roscosmos space agency, Vladimir Ustimenko, on Sunday in Moscow. “Now not only Russians will fly to the ISS, but Americans too. That’s wonderful!”

A first attempt to start was canceled on Wednesday shortly before the start due to bad weather conditions.

A first attempt to start was canceled on Wednesday shortly before the start due to bad weather conditions. Even before the second attempt, the conditions initially looked only moderate, but then the clouds cleared in time and the control center gave the green light: “Let’s light this candle!” It was an honor for them, said Behnken from the “Crew Dragon” and showed the thumbs up together with Hurley. “We will speak to you from space again.” The test titled “LaunchAmerica” ​​was eagerly awaited worldwide.

Shortly after the successful launch of “Crew Dragon”, the first rocket stage landed safely upright on the ship “Of Course I Still Love You” (in German for example: Of course I still love you) in the Atlantic Ocean off the US coast. The landing and reuse of rocket stages and space capsules is an important part of the strategy of the private space company SpaceX. Rocket tiers have landed several times on ships and on land.

“LaunchAmerica” ​​is the last flight test for the “Crew Dragon” developed by SpaceX. SpaceX had previously only transported cargo to the ISS. Because of the corona pandemic, access to the spaceport site in Florida, USA, where visitors are normally allowed to watch launches, was severely restricted. US President Trump and Vice President Mike Pence had arrived.

The last time astronauts flew to the ISS was on the Atlantis space shuttle in summer 2011. The US space agency Nasa then mothballed its space shuttle fleet for cost reasons and has since been dependent on Russia for flights to the ISS. At around 80 million euros per flight in a Russian Soyuz capsule, this was not only expensive, but also scratched the ego a lot.

In fact, NASA’s own flights from the USA to the ISS had already been announced for 2017 – however, due to technical problems, funding difficulties and restructuring after Trump’s election as president, the project was postponed.

It is currently a difficult time for the United States, said Nasa boss Bridenstine. The country is particularly hard hit by the coronavirus pandemic, and there are currently mass protests following the death of an African American in a brutal police operation in Minneapolis. He hoped, said Bridenstine, that the successful start “gives everyone the opportunity to think about humanity”.

More: For the first time, US astronauts have launched a SpaceX spacecraft. A triumph for multi-entrepreneur Elon Musk – and a symbolic moment for the United States.