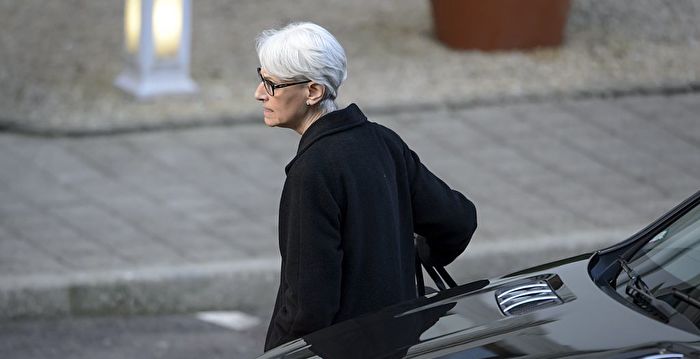 [Epoch Times, July 26, 2021](Epoch Times reporter Xu Jian comprehensive report) The high-level talks between the United States and China in Tianjin began in a tense atmosphere full of gunpowder. The CCP war wolves lashed out at U.S. policy and claimed that U.S.-China relations were at a “stalemate,” and the responsibility was on the U.S. side.

On Monday (July 26), US Deputy Secretary of State Wendy Sherman (Sherman, Wendy Sherman) in Tianjin successively with the Deputy Minister of Foreign Affairs of the Communist Party of ChinaXie Feng, Minister of Foreign AffairsWang YiHold closed-door talks. After the first round of dialogue, the CCP took the initiative to release its words, saying that relations between the two countries are facing “serious difficulties.”

Many press releases published by the Ministry of Foreign Affairs of the Communist Party of China that day were mostly related toXie FengStrong accusations made unilaterally.andWang YiThe day before, there was a message to “make up lessons” for the US. He said that the United States considers itself to be “a higher class,” and the CCP wants to “make up this lesson for the United States.”

As of press time, the United States has not announced the situation of Sherman’s meeting with China.

According to the Chinese draft, Xie Feng said that some people in the United States regard the CCP as an “imaginary enemy” and demand that the United States change “extremely wrong thinking and extremely dangerous China policy.” However, Xie Huafeng turned around and said that Beijing was willing to “treat each other as equals.” , Seek common ground while reserving differences.”

Xie Feng also violently criticized the US Biden administration’s “competition, cooperation, and confrontation” policy towards the CCP. He claimed that the United States “invented” coercive diplomacy. This rule of thirds is the “obstacle method” to contain and suppress the CCP.

“Confrontation and containment are the essence, cooperation is an expedient measure, and competition is a discourse trap. When you ask for China, you will ask for cooperation; when you have an advantage, you will cut off confessions and block sanctions; in order to contain China (the CCP), you will not hesitate to conflict and confront. “Xie Feng said.

In March this year, U.S. Secretary of State Antony Blinken stated that U.S.-China relations are the main focus of the Biden administration overseas, and that the CCP constitutes the “biggest geopolitical test” of this century.

The Biden administration’s policy towards the CCP is “competitive when it should be, cooperative when possible, and confrontational when necessary,” Brinken said.

This high-level meeting between the United States and China is the second high-level face-to-face meeting since the two countries conducted intense exchanges in Alaska in March. If the talks yield results, it may lead to a meeting between President Biden and Xi Jinping at the G20 summit in October.

Prior to this visit, the Biden administration took a series of actions, including leading allies to condemn the CCP’s cyber hacking operations, and issuing a “Hong Kong Business Warning” to sanction officials of the Liaison Office. Implement so-called “anti-sanctions.”

A senior US government official told the media last Saturday that Sherman intends to raise concerns about human rights in Hong Kong, Xinjiang and other places with the CCP, and hopes that Beijing can rest assured that the Biden administration will not establish an anti-China alliance. The official said that Sherman’s trip will ensure responsible management of US-China relations and cooperation on issues such as climate change.

US government officials said on Saturday that the goal of the Tianjin talks is not to negotiate on specific issues, but to keep high-level communication channels open. U.S. officials said that Sherman will emphasize during the talks that the U.S. does not want the “fierce and continuous” U.S.-China competition to “turn into conflict.” The U.S. wants to ensure that “guardrails and boundaries” are passed to “responsibly manage the relationship between the two countries.” .

Sherman’s trip is part of America’s extensive diplomacy in Asia. Brinken will visit India this week, while Secretary of Defense Austin will travel to Singapore, Vietnam and the Philippines.

When Sherman visited Tokyo last week, she discussed with her Japanese and South Korean counterparts to maintain peace in the Taiwan Strait, which caused the Chinese Communists to jump their feet, calling it an “anti-China encirclement.”