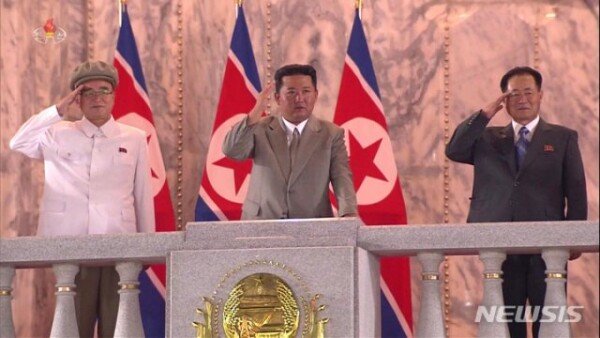 It has been analyzed that the scale can accommodate 1000 centrifuges and that the production of highly enriched uranium can be increased by 25%, but this is inefficient, so there is a possibility that there are other intentions.

In an interview with the Voice of America (VOA) on the 20th (local time), Olly Heinonen, a special researcher at the Stimson Center, who served as the deputy secretary-general of the International Atomic Energy Agency (IAEA), said that if the purpose is to produce highly enriched uranium for nuclear weapons, it is best to deploy an additional 1,000 centrifuges. I drew a line that it is not the way of

“The design of the Yongbyon uranium enrichment plant was followed by Dr. AQ Khan (a Pakistani nuclear scientist),” he said. “Currently, 4,000 centrifuges in Yongbyon can only produce 3.5% to 4% enriched uranium, so 2,000 additional centrifuges are needed to raise the low enriched uranium concentration to 90%. The Pakistani method is designed to do the high-concentration work in another safe place.

Considering this, his judgment is that there is no reason to put a ‘facility that can accommodate 1,000 centrifuges’, even in a public place.

Moreover, given that the operation of the Yongbyon uranium enrichment plant has been suspended for a long time, he said, “If the centrifuge is not in operation, the assumption that an additional centrifuge is installed to produce weapons-grade uranium is not convincing.”

It raised the possibility that North Korea was continuing its weapons-grade uranium enrichment activities in another secure, secret location.

Regarding the photos of the expansion of the building, he said, “It is still in the early (construction) stage and it is not time to draw conclusions. It could be construction.”

David Albright, director of the Institute for Science and International Security (ISIS), also took a cautious stance, saying, “This construction seems to be a relatively small part of the entire facility.

He also said, “The current construction may be related to enrichment, but it is impossible to judge the meaning of it only by looking at satellite photos. Whether the centrifuge was actually doubled at that time is only a theory, but there is no inside information to confirm this.”

He said, “It is quite unusual for a construction to increase the uranium enrichment facility.” He also asked, “Is there any reason to expand the Yongbyon facility when you can expand or build a new secret facility in another area?”

He added, “It cannot necessarily be concluded that it is a facility expansion operation, and there is a possibility that it is an activity to better operate the facility, or that there is some processing work in the area.”

Experts instead raised the possibility that the activity was politically motivated.

Special Researcher Heinonen said, “It could be a kind of warning signal that ‘it would be better to have a conversation because we are building nuclear capabilities,’ apart from the use of the test plant and research and development work. It will be easy to exchange for a negotiating card.”

Albright also said, “North Korea may be playing a game. “It could be that all nuclear facilities appear to be in Yongbyon,” he said.

Earlier, the James Martin Non-Proliferation Center of the United States announced on the 16th that by analyzing commercial satellite images, it had been detected that North Korea was expanding its Yongbyon nuclear facility. It is a comparison of the photos of the 3rd of last month and the 1st and 14th of this month, and the photo shows the appearance of an extension of a building known as a uranium enrichment facility.

Analyzing the size of the space as 1,000 m2, the group said that it is the size of 1000 centrifuges and that it can increase the production of highly enriched uranium by 25%. Jeffrey Lewis, director of East Asia at the group, estimated that “these movements appear to be related to North Korean leader Kim Jong-un’s announcement that North Korea would push for production of a very large nuclear warhead.”