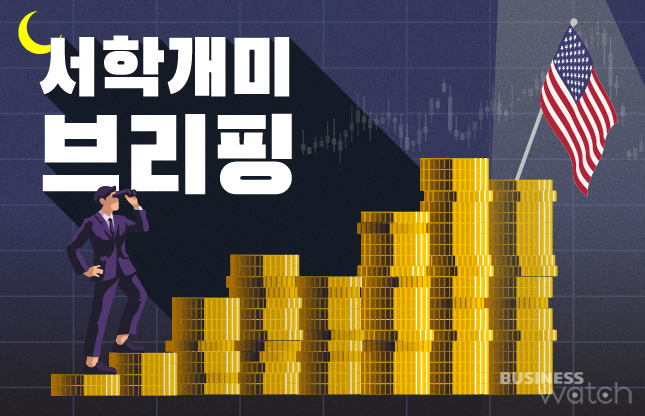 As the US stock market is effectively entering a bear market, Wall Street warnings are becoming more frequent. First, the minutes of the Federal Open Market Committee (FOMC) in May were in line with market expectations, but concerns about an economic slowdown are growing as major economic indicators are sluggish.

Confirmed that there is no giant step, but raised concerns about volatility

It was a week that showed the power of FOMC minutes. Although the US stock market has entered a bear market, it has rebounded without a hitch. This is because the minutes of the May FOMC regular meeting released by the Federal Reserve (Fed) did not deviate significantly from market expectations.

“The majority of participants judged that a 50 basis points increase in the rate target would be appropriate at the next two meetings,” the Fed said.

The next day, all three indexes closed higher. The Dow rose for five consecutive trading days, while the S&P 500 and Nasdaq rose for the second day in a row.

Tesla (TSLA), which cooled the conversation between Seohak Ants when the $700 level collapsed last week, closed the trade at 707.73 on the 26th (local time) and recovered the $700 level. It soared 7.43% in one day. The news that Kathy Wood, CEO of Arc Investment Management, famous for investing in technology stocks, is buying Tesla stock day after day was a good thing. It is reported that Wood bought a total of 43,822 shares of Tesla stock for three days in a row from the 23rd to the 25th (local time).

However, it is evaluated that the overall gains in the US stock market are limited due to sluggish economic indicators. U.S. durable goods orders for April, announced this week, rose 0.4% month-on-month to $265.3 billion, beating the Wall Street Journal’s (WSJ) analyst’s estimate of 0.7%. Orders for non-defense capital goods, which are highly related to facility investment as a corporate investment indicator, also rose 0.3% in April, falling short of expectations.

In particular, there are speculations that the US stock market could plunge again at any time amid deepening inflation and fears of a recession. The rebound is only a temporary phenomenon.

On the 3rd of next month (local time), the US employment data for May will be released. The U.S. economy can be understood with data that covers the labor market conditions, such as the number of employed people by industry and the unemployment rate by race and gender. It has a huge impact on the stock market.

Market experts are concerned that any signs of a slowdown in the US employment data could pose a mid- to long-term threat to the stock market.

Byun Jun-ho, a researcher at IBK Investment & Securities, said, “The number of weekly new unemployment claims alone has been on the rise, so it is necessary to keep an eye on it.” worried that

“If the job market slows down amid growing concerns about a US economic recession, the index rebound will be far from over,” he said.

Jeon Gyu-yeon, a researcher at Hana Financial Investment, said, “The manufacturing sector is highly likely to slow down due to the sluggish production and new export orders in the S&P global manufacturing PMI in May. done,” he explained. He also observed that “business sentiment is likely to stagnate due to economic concerns, and consumer sentiment will also slow due to the burden of inflation.”