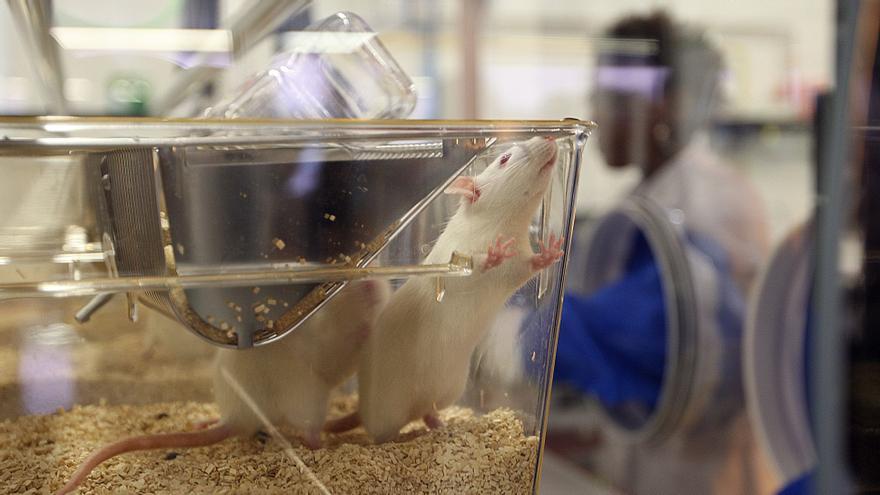 A UAB research team has generated the first rat model that develops the severe symptoms experienced by patients with mucopolysaccharidosis type IVA, or Morquio A disease.

Following the model rat, the team has developed a gene therapy that heals completely animals with a single intravenous injection of the viral vector. The investigation opens the doors to a future therapy that, for the first time, could be administered in first-time ages in infants diagnosed with this rare disease, and thus bone malformations and other alterations that in many cases are fatal would be avoided.

What is Morquio A disease?

Mucopolysaccharidosis type IVA is a rare disease caused by a GALNS enzyme deficiency which causes alterations in the development of the skeleton (skeletal dysplasia), a rapid deterioration of the cartilage and complications in the heart and in the trachea that, in many cases, makes breathing difficult and can lead to premature death.

The first symptoms of this disease can be detected after two years, and in the most severe cases the life expectancy does not reach 20 years of age. There is currently no cure for the disease and enzyme replacement therapies, based on the administration of the enzyme, improve living conditions but do not correct serious skeletal problems.

Thus, the UAB researchers have generated the Morquio A’s first model rat that develops the disease presenting, unlike existing model mice, the anomalies in the skeleton and cartilage, in the heart valves and in the trachea that human patients present. And to do so, they have used gene editing technology with CRISPR / Cas9 to generate a rat with the same mutation in the genome which results in the most severe version of the disease in human patients.

Next, and for the first time, the researchers they have managed to completely cure animals by developing a gene therapy based on the administration of a viral vector encoding the GALNS enzyme. Just one intravenous injection of the viral vector allows the biodistribution and ubiquitous expression of the therapeutic gene, especially in the entire skeletal system.

Thus, it is possible to recover in the long term the production of the enzyme in the skeleton of the animal, and bone and cartilage, trachea and heart alterations are avoided.

“Administration of Gene Therapy in Model Rats Only Four Weeks Old completely reverses the effects of the disease, alterations in bone growth, malformations and fragility of teeth, pathologies in the cartilage of the joints, as well as cardiorespiratory complications due to affectations in the trachea and the heart “, explained the researcher from the UAB, Fàtima Bosch, director of the study.

Currently, there is no gene therapy that is being applied in Morquio A patients. The new therapy developed by the UAB results in the chronic production of the enzyme throughout the body and especially in the bones. Therefore, infants diagnosed with the disease could be allowed to treat when they are still little: time when the bone growth activity is very large and the effects on the skeleton they are not irreversible.

“The gene therapy developed by our team has great potential to correct the effects of Morquio A disease in humans. Now more studies will need to be done to verify the biodistribution and long-term safety of the therapeutic vector in large animals to be able to pass to the clinical phase, “concluded Dr. Bosch.