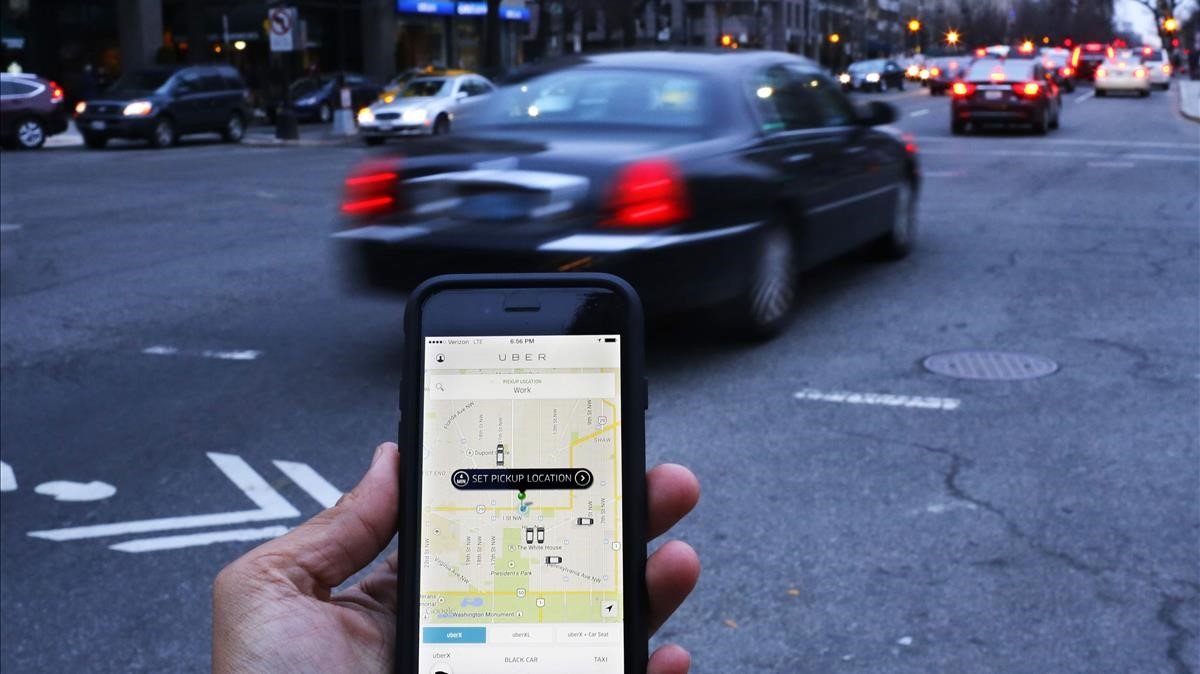 Like an earthquake, the irruption of the digital economy has involved a series of techntonic movements that have transformed the way the job. California Y Silicon Valley, the mecca of the technology industry, have been its epicenter. From there those platforms They have managed to impose a labor model in which their employees are not considered as such, but as hired freelancers. Companies like Uber O Lift, through whose ‘apps’ users agree to operate as taxis or food delivery people, have based their successful business model on that job classification, which denies workers access to basic rights such as the minimum wage.

In May 2019, the same state that gave birth to that digital economy acted to alter it. Despite opposition from those companies, the California parliament then loosely passed a landmark labor law that regulated their businesses and gave rights Y Benefits to their workers. For the first time, they had access to better wages, health and unemployment insurance, paternity leave, paid breaks and the option to organize in unions, especially weakened in United States. The law gave form to a sentence of the Californian Supreme Court.

However, the joy for the workers was short-lived. Uber and Lyft failed to comply with the measure to take the case back to court, but at the end of October they certified the obligation to consider their drivers as employees. Both threatened to shut down or raise prices for the service if they had to provide rights to their workers, but they had one last trick up their sleeve.

In addition to voting for their next president, on November 4, Californians also had on the table to return to the model without rights that has given wings to technology companies around the world. And 58.6% voted in favor, which will allow the judicial decisions to be reversed and that the workers continue to be classified as independent employees, a clear victory for the interests of Uber, Lyft and others.

Reversing the law that benefited employees was key to maintaining their model, so they invested up to 184 million dollars in promoting the vote of the call Proposition 22. That political battle led Uber to publish propaganda in the version of its ‘app’ that drivers see, something that has been denounced. After its approval, Uber and Lyft shares soared between 15 and 18%.

Tech stocks doing well today, but none as well as Uber and Lyft, which have surged 15 and 18 percent respectively on news their ballot measure to deny drivers employment passed https://t.co/LvoBlMCCJ0 pic.twitter.com/KUF2awQkbP

With the approval of that proposal, California will create a third category with fewer rights than workers. Among other things, a minimum payment is guaranteed but only while driving. The measure indicates that the salary It would be about $ 16.8 an hour, more than the California minimum, set at $ 12, but critics point out that by not paying the waits that may not be the case. That third way would also offer health aids partial for some drivers, depending on the hours worked.

The success of Uber and Lyft may not end in California. Thus, both companies have already appealed to other states and even to the president Donald Trump to adopt that third category and pass a similar law at the federal level for the entire United States. That third category was devised by Seth Harris, former labor secretary of Barack Obama and future member of the Department of Labor under the orders of Joe Biden. However, Biden and his vice president, Kamala Harris, asked to vote against the proposal. If there will be a change of position in the White House remains to be seen.