Xinhua News Agency, Rome, October 11 (Li Mengqing) In the fourth round of the UEFA Champions League group stage on the 11th, the ten-player AC Milan lost 0:2 to Chelsea at home and was double-killed by the opponent, but the red card shortly after the start of the game triggered Not a little controversial.

On October 11, Chelsea player Aubameyang (first from the left) scored in the game.Published by Xinhua News Agency (Photo by Augusto Casasoli)

At the beginning of the game, the two sides launched a back-and-forth attack, and a rather severe red card penalty in the 18th minute basically changed the tone of the game. AC Milan player Tomori pulled Mount’s shoulder in the penalty area. Although the action was not big, the referee believed that he obstructed the obvious scoring opportunity and gave a red card and a penalty. Jorginho scored the penalty with his signature jumping penalty to give Chelsea a 1-0 lead. In the 34th minute, Chelsea expanded their lead, Mount sent an assist, and Aubameyang scored in the penalty area.

After changing sides and fighting again, Chelsea continued to attack. Although the ten-man AC Milan were tired of defending, they also created some offensive opportunities, but in the end there were no more goals on the field, and Chelsea won the away game 2-0. 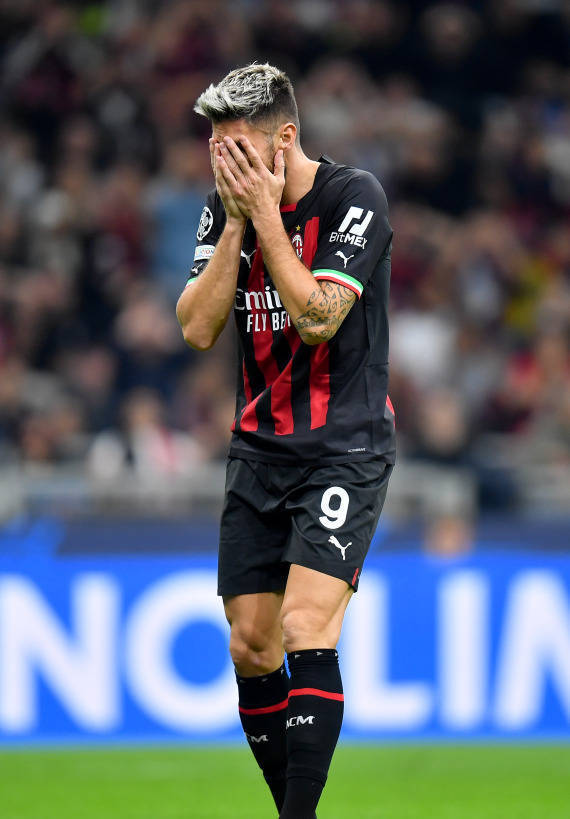 On October 11, AC Milan player Giroud was in the game.Published by Xinhua News Agency (Photo by Augusto Casasoli)

German referee Daniel Siebert issued a total of nine yellow cards and one red card in this game. The penalty was quite strong, causing dissatisfaction from the fans on both sides. At the end of the halftime, it once caused a blockbuster boo. AC Milan coach Pioli said after the game: “We started the game well, but the wrong red card ruined the whole game. I expressed my opinion to the referee. Although my English is not fluent, he should be able to Get the general idea of ​​what I mean.”

After this round, the two teams are still in fierce competition in Group E. Chelsea ranked first with 7 points, Red Bull Salzburg ranked second with 6 points, AC Milan and Dinamo Zagreb ranked third with 4 points. ,fourth.Return to Sohu, see more

be careful! “RSV virus” dangerous near the baby

Mohammed bin Zayed’s coat after meeting Putin provokes an interaction. How did the comments come?