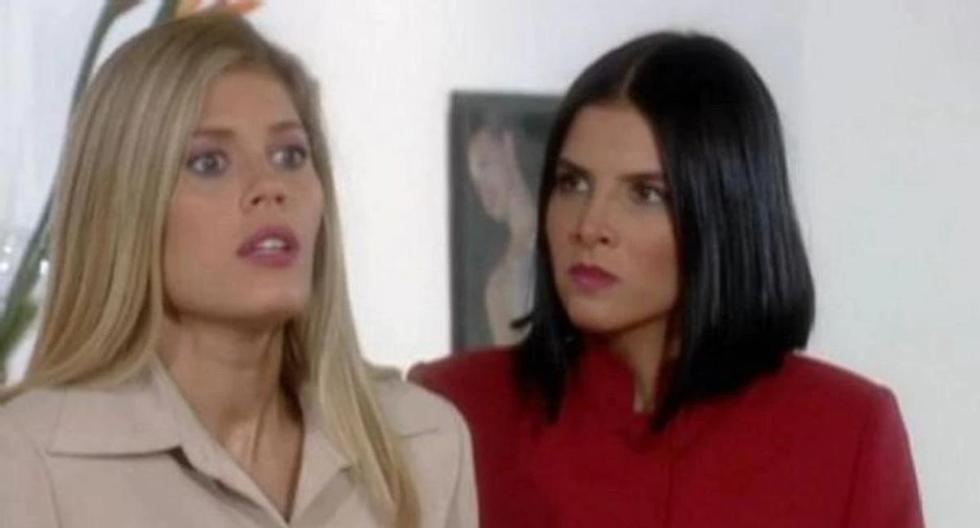 Although “I am Betty the Ugly one”Premiered more than two decades ago, the Colombian telenovela continues to gain many fans thanks to its permanence in the Top 10 of Netflix. The love story of Beatriz Pinzón Solano and Don Armando became the favorite of millions of viewers, but other characters also won the affection of the public and we are talking about ‘La Peliteñida’ and Marcela Valencia.

MORE INFORMATION: “I’m Betty, the ugly”: the story behind the ‘Ecomoda’ elevator that never worked

In fiction Lorna Cepeda Y Natalia Ramirez, actresses who played these characters, had to put themselves in the shoes of Betty’s number one enemies and they are very clear that they are one of the favorites among the fans, so they decided to join in a live show through Instagram.

The actresses talked about the time they worked in “Ugly Betty” And without a doubt, they caused a lot of surprise among their fans, since after twenty years they got back together and even responded to a user who tried to insult them and called them old.

LORNA CEPEDA AND NATALIA RAMÍREZ’S RESPONSE TO A MALCRIED USER

Lorna Cepeda and Natalia Ramírez are well remembered for their characters from ‘La Peliteñida’ Y ‘Marcela Valencia’. Both were best friends and were always there to support each other in those difficult moments that they lived throughout the history of ‘Ugly Betty’.

The actresses thrilled their fans with the meeting they organized through a live broadcast on Instagram.

But in the middle of the conversation, the actresses read the comments that their fans left, so they did not miss one where he tried to insult them.

One of the comments from the users who were watching the broadcast was a topic of conversation for a few minutes. What happened was that someone commented: “they are as old”, to which Ramírez responded: “That is so, one cannot stay in youth. We are all going there “.

For its part, Lorna Cepeda they just started laughing and they didn’t hesitate to say that despite their age, they still look regal, with a lot of wisdom and a lot of love.

It was certainly a very emotional moment for fans of “I am Betty the Ugly one”, since after years ‘Marcela’ and ‘Patricia Fernández’ met.

“I am Betty the Ugly one”, or simply “Ugly Betty” It was a Colombian production created by RCN Televisión. It was released in the third quarters of 1999 and culminated in May 2001. As part of the cast of protagonists were the actors Ana María Orozco and Jorge Enrique Abello, but it also featured the participation of Natalia Ramírez, Lorna Paz, Luis Mesa and Julián Arango.