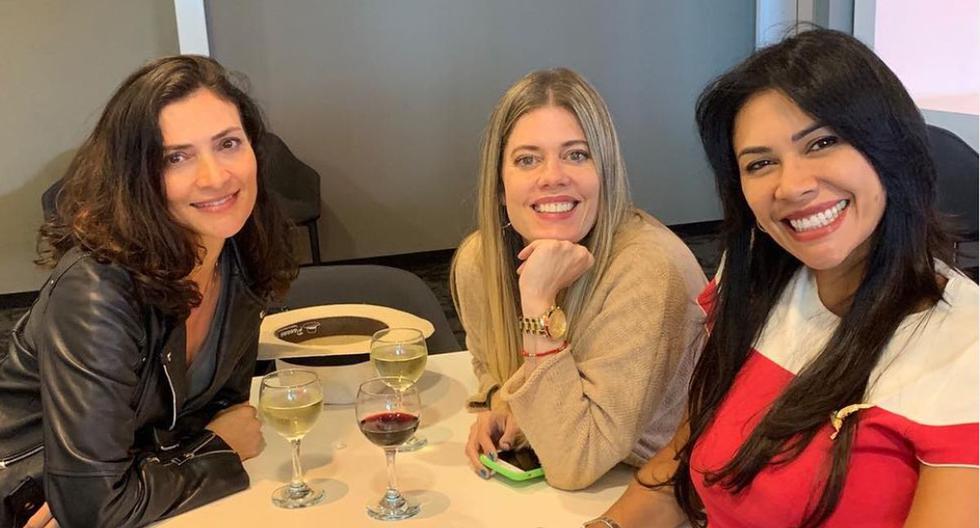 “I am Betty the Ugly one”Is one of the most beloved and tuned Colombian telenovelas of all time, even more than 20 years after its premiere. Broadcast in more than 180 countries, the series starred Ana María Orozco and Jorge Enrique Abello, with the antagonistic participations of Natalia Ramírez, Lorna Paz, Luis Mesa and Julián Arango.

QUESTIONS AND ANSWERS: How much do you know about “I am Betty the ugly”?

Created by the late Fernando Gaitán, the story tells of the stormy romance between the unattractive secretary, Beatriz Pinzón, and the director of a fashion house, Don Armando Mendoza. The 335-episode show captivated audiences among many things by presenting a large number of special guests throughout the season, such as Franco De Vita, Taís Araujo, Ricardo Montaner and Cecilia Bolocco.

Despite the years, the cast has shown that during the time they worked on the television series they formed a strong bond that continues to this day, which they have strengthened over the years. It was precisely the actress who gave life to the popular ‘peliteñida’ who shared a series of snapshots that shows part of the team spending pleasant moments together.

MORE INFORMATION: Why Marcela Posada criticized that the soap opera “Yo soy Betty la Fea” is repeated so many times on TV

THE RETURN OF THE FAMOUS CAST

Lorna Cepeda, known for playing Patricia fernandez, published on his profile Instagram 10 photos of the memory with his companions of the successful Colombian production.

“Betty’s cute super-powered girls were reunited in those days! Where they had fun, worked, bonded, and had a great time! It is what was left in my roll of photos, and in my memory! I love them! I hope that Martha Isabel (the ‘Pupu’) does not hang me for the second photo, nor for the third! Hahahahahahahaha ”, he pointed Cepeda.

MORE INFORMATION: Who transforms Beatriz Pinzón into “I am Betty, the ugly one”

HOW DID THE MEETING ARISE?

The photographs that exceeded 100,000 ‘Likes’ arose in the meeting that the team had for the launch of “Betty La fea” in theater. Was the January 25, 2020 that the play premiered in the Cafam Theater of Fine Arts in Bogotá, after being a resounding success in 2017. Unfortunately, four days after the first performance the creator of the show passed away, Fernando Gaitan.

MORE INFORMATION: What did Ana María Orozco say about machismo and homophobia in “Betty, la fea”

“BETTY, LA FEA”: WHAT IS THE MOST WATCHED CHAPTER OF THE COLOMBIAN TELENOVELA

The most wanted chapter of “I am Betty the Ugly one” is 251. Not only is it the most viewed in Netflix, but also the most searched on the Internet. And this is because in that episode occurs one of the most important events in history: the transformation of Beatriz Pinzón, not only physically but also in terms of his personality.

In episode 251 of “I am Betty, the ugly one”, we see that Betty decides to give up Ecomoda after discovering that Armando Mendoza was only playing with her. This event led the protagonist to make several changes in her life, including a radical look change.

MORE INFORMATION: Where else have you seen Ana María Orozco

After discovering a letter where Mario Calderon It suggested that Armando pretended to be in love with Betty, she decides to leave Ecomoda with a broken heart. However, before leaving, she decided to drop a bomb on the board of directors, informing that Ecomoda’s economic situation was so delicate that to avoid an embargo she had to resort to another company name of which Betty was listed as the owner.