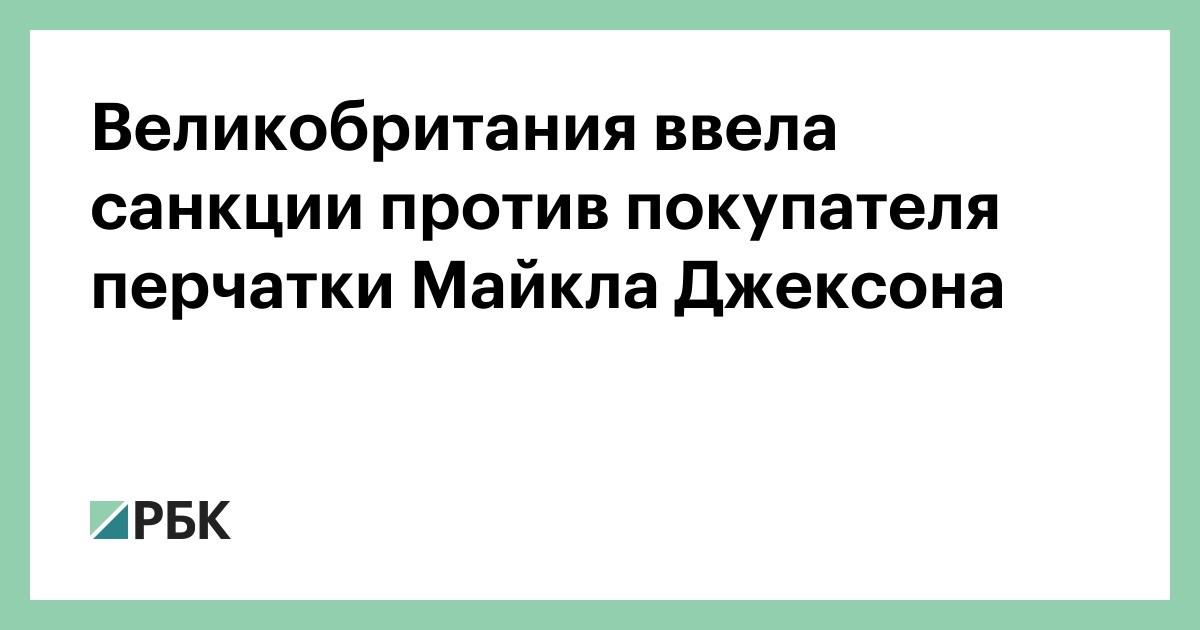 The British Foreign Ministry estimates the funds spent by the Vice President of Equatorial Guinea, who fell under the sanctions, at $ 500 million. This money, in particular, was used to buy Michael Jackson’s glove for $ 275,000.

The British authorities announced the imposition of sanctions against five people involved in corruption in Equatorial Guinea, Zimbabwe, Venezuela and Iraq. The sanctions list, in particular, includes the Vice President of Equatorial Guinea Teodoro Nguema Obiang Mange, the son of the current President of the country Teodoro Obiang Nguema Mbasogo, who has been ruling the African state since 1979.

IN message The British Foreign Office notes that Teodoro Nguema Obiang Mange is involved in embezzlement of public funds, corrupt deals and extortion of bribes “to finance a luxurious lifestyle that is incompatible with his official salary.” The Foreign Office estimates the amount of funds spent by the Vice President of Equatorial Guinea at $ 500 million, the money was spent on a mansion in Paris ($ 100 million), a private jet ($ 38 million), dozens of luxury cars and other things, including Michael’s rhinestone glove Jackson ($ 275,000), which the singer wore during the Bad tour.

The sanctions also hit two Colombians, who, according to the British Foreign Office, profited by inflating the prices of food and other goods supplied to Venezuela as part of government programs to help the poor. The actions of Alex Nain Saab Moran and Alvaro Enrique Pulido Vargas “brought new suffering to the Venezuelans, who already live in poverty,” the Foreign Ministry said.

The sanctions list also included the former governor of one of the provinces of Iraq, Naufal Hammadi al-Sultan (now in an Iraqi prison for large embezzlement and other corruption crimes) and Zimbabwean businessman Kudakwashe Regimond Tagwirey, accused of embezzling public funds.

“The actions that we have taken today are aimed at people who are filling their pockets at the expense of fellow citizens. The UK is committed to fighting corruption and holding accountable those responsible for its devastating effects, ”said Foreign Minister Dominic Raab.