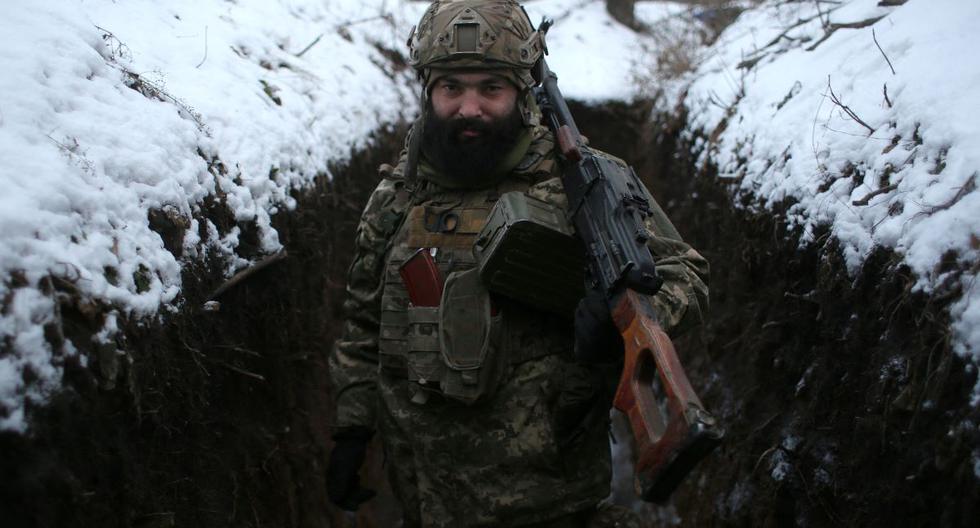 The Ukrainian Army is better prepared than in 2014 to deal with aggression from Russia, but in the face of a possible attack, he hopes to further strengthen his defense with the weapons that have been sent to him U.S and the United Kingdom and those authorized by Lithuania, Latvia and Estonia. A new aircraft with US military assistance for the Armed Forces of Ukraine arrived in Kiev today. Ukraine, which landed at the Boríspol airport in the capital, according to Efe.

“We thank our US partners for their support and practical help. Together we are stronger and the world is safer.” Ukrainian Deputy Defense Minister Hanna Malyar wrote on Facebook.

LOOK: Will there be World War III? This is what we know about the Russia-Ukraine conflict

This is the third aircraft with US weapons to arrive in Ukraine in the last days. Over the weekend, Washington has already delivered to Kiev more than 170 tons of weapons.

the embassy of United States in Ukraine he said last week that the delivery was part of a $200 million military aid package to Kiev approved by President Joe Biden in December 2021.

THANKS FOR THE BRITISH HELP

U.S It is not the only country that has provided defensive assistance to Ukraine in recent days as fears of a Russian attack grow.

Last Monday, the UK announced it would provide anti-tank weapons to Kiev. That same day British cargo planes took the first part of the military cargo to Ukraine.

Today, London has delivered to Ukraine about 2,000 NLAW anti-tank systems.

Ukraine today revealed footage of British instructors teaching Ukrainian military personnel how to operate the supplied systems. These man-portable weapons could bring down Russian helicopters and planes in the event of an airstrike, military experts say.

LOOK: Leaving Russia without chips and other sanctions that the United States and its allies could impose if it invades Ukraine

The decision of United Kingdom providing defensive weapons was received in Ukraine as a sign of genuine support and the hashtag #GodSavetheQueen trended on local social media for several days.

HELP FROM CENTRAL AND EASTERN EUROPE

Several Central and Eastern European countries also expressed their readiness to help Ukraine defend itself. Lithuania, Latvia and Estonia also said they would provide Ukraine weapons manufactured in U.S after receiving the respective approval from Washington.

“We sincerely hope that Ukraine will not need to use this equipment and we urge Russia to stop his aggressive and irresponsible behavior”, indicated the three Baltic countries in a joint statement.

The Czech Republic’s Defense Ministry said today that the country will provide Kiev with 152-millimeter artillery shells in the coming days and was open to studying the possible dispatch of troops to Ukraine in the event of a Russian attack.

WEAPONS AS AN ELEMENT OF DETERRENCE

Military experts consulted by Efe say that the weapons provided by Western countries serve as a deterrent against aggressive Russian actions and raise the cost of a possible military intervention.

“This assistance is important because these are very modern weapons that can destroy Russian military equipment with 100% efficiency,” said Mykhailo Samus, director of the New Geopolitics Research Network.

“And Russia is aware that his tanks can be destroyed after the impact of a single missile, he will think twice before launching an operation”, he adds.

Weapons deliveries from abroad also boost morale in the Army and society. Ukraine, and show that the country will not be alone against Russia, the expert believes.

“The handing over of these weapons also has a symbolic value, because it shows the unity of our friends and partners in this difficult period. At the same time, it also shows who is not really on Ukraine’s side, like Germany, which refused to provide military assistance.” dijo Samus.

The German government has repeatedly said that Berlin will not deliver weapons to Kiev, in accordance with its policy of not supplying lethal weapons to conflict zones.

VULNERABLE FROM THE AIR

But nevertheless, the military aid provided to Ukraine so far does not solve its main problem – the lack of adequate air and anti-missile defenseexperts say.

Yes OK Ukraine it has air defense systems from Soviet times, the effectiveness of which against modern Russian weapons is questionable, it has no anti-missile protection.

According to Taras Chmut, one of the heads of the NGO Military Center of Ukraine, Russia has deployed at least 13 Iskander ballistic missile brigades in the vicinity of Ukraine. Some of them are located on the territory of Belarus, about 300 kilometers north of the Ukrainian capital, Kiev.

“Ukraine does not have a single anti-missile system capable of intercepting such Russian weapons,” Chmut explains.

The expert insists that the assistance Ukraine receives from the West helps to increase the defensive potential of its troops on the ground, but does not protect its infrastructure, which could be destroyed during a possible Russian air attack.

After the death of the 3-year-old girl, residents of Ullum asked for quality health

Sophie Rohonyi: “The vaccine pass is not acceptable because it is hypocritical”