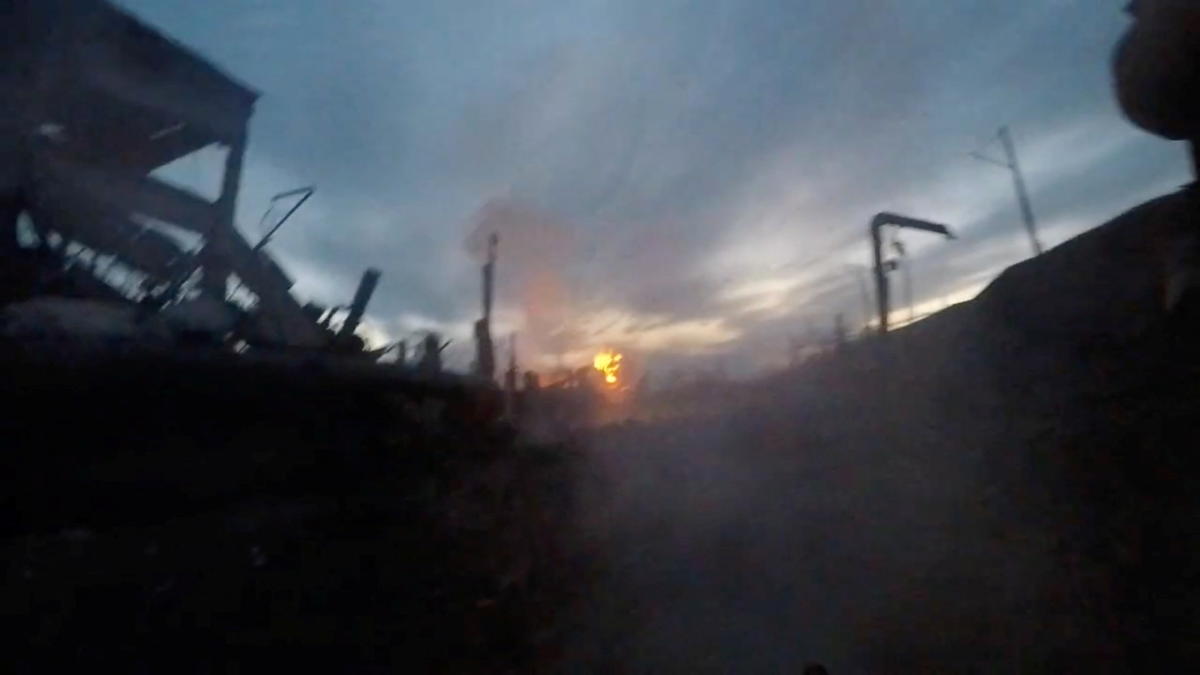 Ukraine said it had damaged a Russian navy logistics supply ship near Snake Island in the Black Sea, Reuters reported. Meanwhile, families pleaded for the rescue of Ukrainian defenders trapped at the Azov steel plant in the southeastern port city of Mariupol.

According to some defense officials, clashes have resurfaced in the Snake Island area in recent days, possibly over control of the western Black Sea coast as Russian forces struggle to make progress in northern and eastern Ukraine.

“Due to the actions of our navy officers, the support ship Vsevolod Bobrov caught fire, a Russian fleet One of the latest additions.”

Reuters was unable to independently confirm the details. The Russian Defense Ministry did not immediately respond to a request for comment.

Satellite images provided by the US private company Maxar Technologies show that a Russian Serna-class landing craft near Snake Island may have been hit by a missile. Snake Island is close to Ukraine’s maritime border with Romania.

The imagery also shows recent damage to buildings on the island. The island gained notoriety when the Ukrainian defenders refused to surrender and angered the Russians in the early days of the Russian invasion.

Russia suffered further setbacks on the battlefield, with Ukraine forcing Russian troops out of the area around the country’s second-largest city, Kharkiv, in the quickest move since forcing them out of the capital Kyiv and northeast more than a month ago. progress.

Reuters reporters confirmed that the area now controlled by Ukraine extends to the banks of the Siverskiy Donets, about 40 kilometers east of Kharkiv.

In Kyiv, the wives and relatives of Ukrainian defenders trapped at the Azovstal steel plant in Malipo marched, chanting slogans for help. The Russian army besieged Malibo for more than two months, and the Azov Steel Plant became the last defensive fortress of the Ukrainian army there.

One woman said her brother was still inside the Azov steel plant. “I hope all the defenders inside can go home and have a normal life with their children and relatives. They deserve it. Why else? People can go out on the street with their loved ones, but they can’t? Why isn’t anyone helping them?”

The Kyiv authorities said they were rescuing the defenders, many of whom were seriously wounded.

“We have started a new round of negotiations to set a roadmap for the (evacuation) mission. We will start evacuating these seriously injured people,” Deputy Prime Minister Iryna Vereshchuk told TV.

The UAE pledges $60 million to support efforts to confront Corona