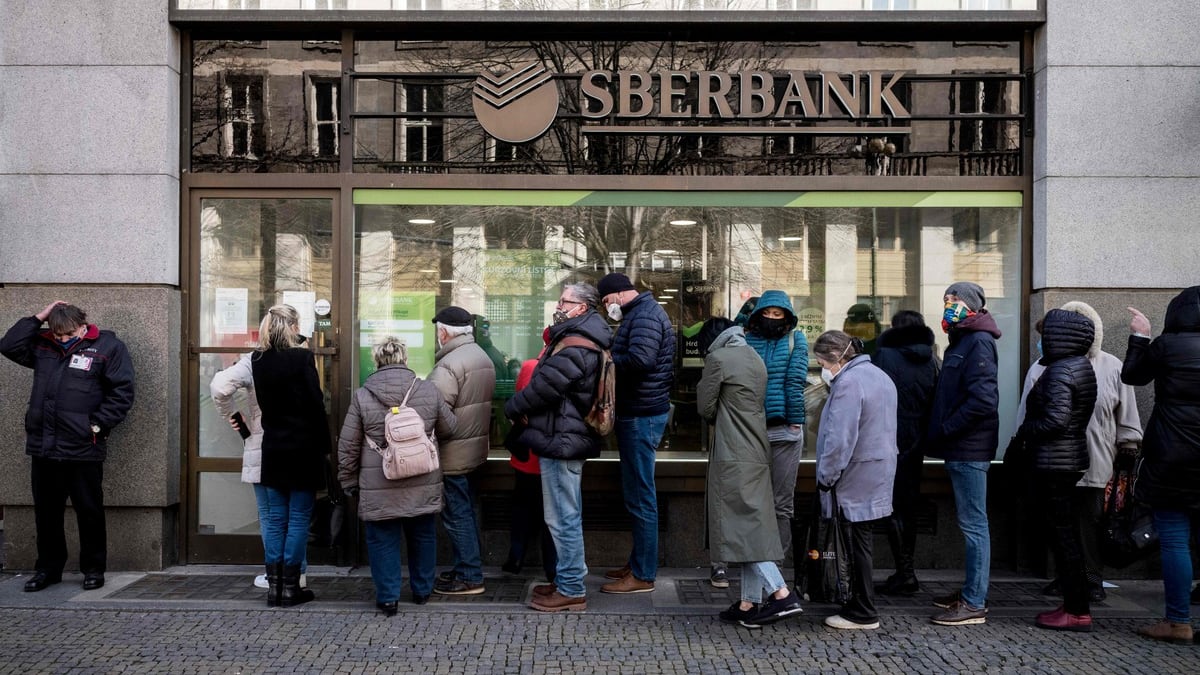 The European Central Bank noted on Monday the “bankruptcy or probable bankruptcy” of the European subsidiary of the Russian bank Sberbank, among the largest in the country, because of “significant” withdrawals of deposits due to the conflict in Ukraine and the sanctions decided. by Western countries.

• Read also: Ukraine: political agreement of the 27 to block the transactions of the Russian Central Bank

Sberbank Europe AG, domiciled in Austria, and its subsidiaries in Croatia and Slovenia have “experienced significant outflows of deposits due to the impact of geopolitical tensions on their reputation”, explains the banking supervisor of the ECB in a press release, considering that “in the near future, the bank may not be able to pay its debts or other commitments as they fall due”.

The withdrawals have led to a “deterioration of the liquidity” of the bank and “there is no means available” which gives a “realistic chance” of flowing back the coffers of the institution, continues the ECB.

In the process, the Austrian regulator FMA imposed a “moratorium” on the European subsidiary, meaning that it cannot carry out “any withdrawal, transfer or other transaction” at least until March 2. Under European regulations, retail deposits are guaranteed up to €100,000.

The two largest Russian banks, Sberbank and VTB Bank, have been targeted in particular since Thursday by heavy American sanctions, aimed at largely limiting their international transactions. The sanctions targeting the Russian banking system have since been reinforced with, in particular, the announcement on Saturday of the exclusion of certain institutes from the Swift system.

Sberbank Europe AG is 100% owned by the bank’s Russian parent company. It also has subsidiaries in Bosnia and Herzegovina, the Czech Republic, Hungary and Serbia, which would be affected by bankruptcy, but do not come under the jurisdiction of the ECB. The European supervisor specifies that he has “coordinated with the national authorities” in these countries.

Great return of Samsung laptops in Europe! Everything you need to know about the Galaxy Book2