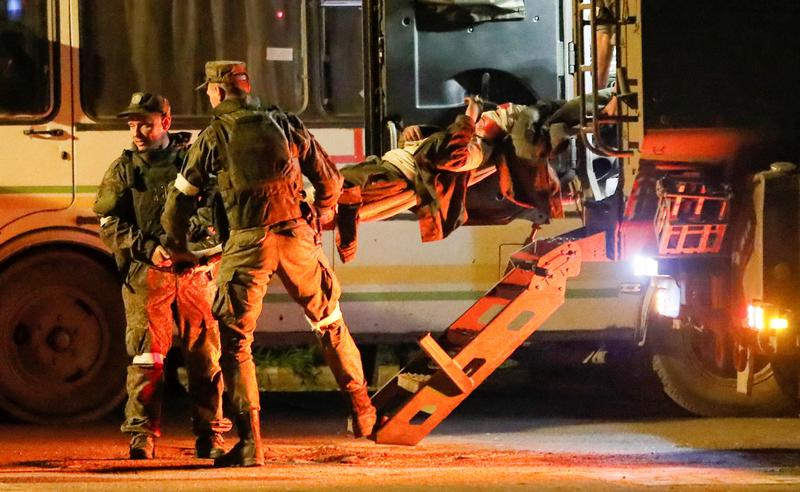 [Novoazovsk / Lviv (Ukraine) 17th Reuters]–The Ukrainian Army General Staff announced on the early morning of the 17th that it had completed its garrison to defend the Azovstal ironworks in southeastern Mariupol, surrounded by Russian troops. He also indicated his intention to rescue the remaining soldiers in the facility.

“The Mariupol garrison carried out combat missions,” he said in a statement, calling the garrison “the hero of our time.” He ordered the commander of the remaining troops at the steelworks to rescue the soldiers.

According to Ukrainian Under Secretary of Defense Mallar, 53 injured Ukrainian soldiers were taken from the Azovstal ironworks to a hospital in the southeastern Nova Azovsk under Russian control on the 16th. An additional 211 soldiers were transferred to the town of Olenifka, which was dominated by pro-Russian factions.

Reuters confirmed that five buses carrying Ukrainian soldiers and one armored personnel carrier would arrive in Novaazovsk on the 16th.

* Resend with a video.