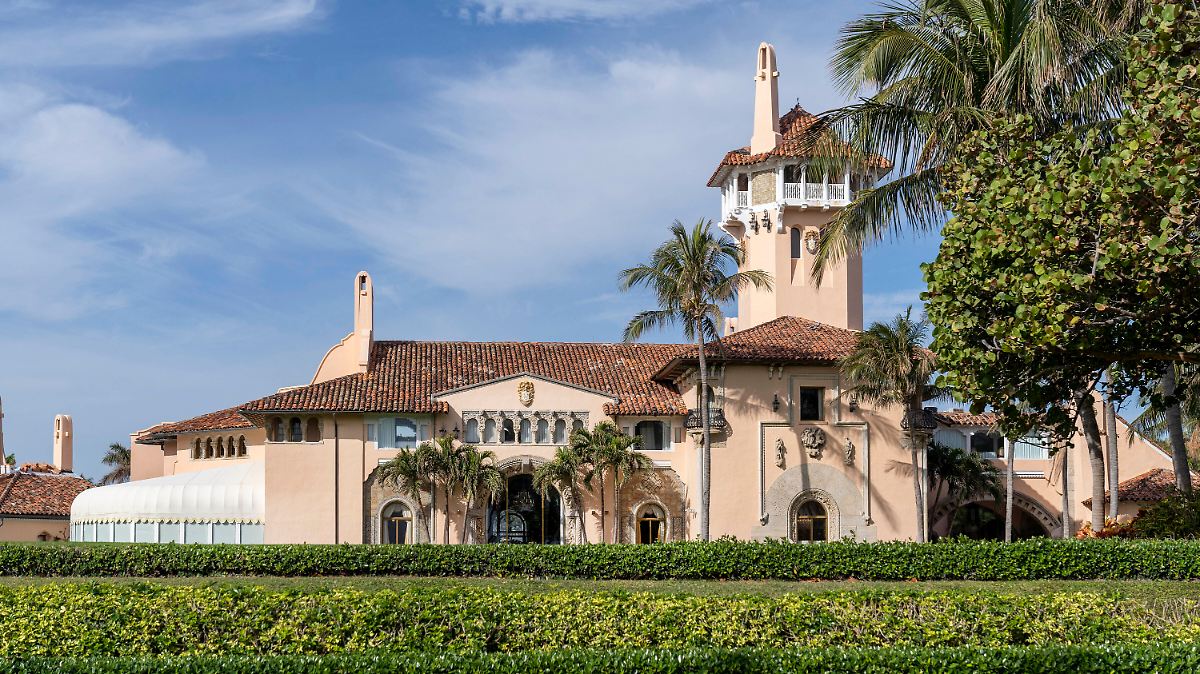 With a search warrant, the US federal police arrived at Donald Trump’s residence in Florida on Monday evening. What exactly the investigators are looking for there is so far unclear. The former president sees himself as a victim of political persecution and draws parallels to the Watergate scandal.

According to former US President Donald Trump, the federal police FBI searched his property in Mar-a-Lago in the US state of Florida. “My beautiful home, Mar-A-Lago in Palm Beach, Fla., is currently under siege, search and occupation by a large group of FBI agents, Trump wrote Monday evening (local time) on Truth Social, a network he co-founded. “This unannounced raid on my home was neither necessary nor appropriate,” Trump continued.

The Republican spoke of “dark times for our nation”. They even broke into his safe. “This is law enforcement misconduct, the weaponization of the judicial system and an attack by far-left Democrats who desperately don’t want me running for president in 2024,” the 76-year-old wrote. He compared the approach to the Watergate scandal, which began in 1972 with a break-in at the headquarters of the Democratic Party and ultimately led to the resignation of Republican President Richard Nixon two years later.

It is not yet clear why the property was searched. According to media reports, the FBI has now ended the search. A CNN reporter said Trump was not at home during the action. The ex-president was recently heavily incriminated by witnesses at the public hearings of the investigative committee on the Capitol attack. Accordingly, Trump knew that the demonstrators were armed on January 6, 2021 and deliberately sent them to the Capitol.

Recently, there had been growing evidence that the Justice Department was investigating Trump’s behavior more closely. The question is whether Attorney General Merrick Garland could take criminal action against Trump. Trump is also accused of withholding files and documents from his time in the White House and even flushing down the toilet. Trump has denied that. Actually, in the USA all correspondence of the president has to be archived and kept for posterity.

The “New York Times” reports, citing anonymous sources, that the investigation is related to the documents. After his term in office, Trump took several boxes with files to his property in Mar-a-Lago. According to reports, this included important communication documents – including letters from North Korean ruler Kim Jong Un and a letter from Trump’s predecessor Barack Obama. Trump finally handed over several documents to the National Archives.

showdown between Ryanair and the Hungarian government