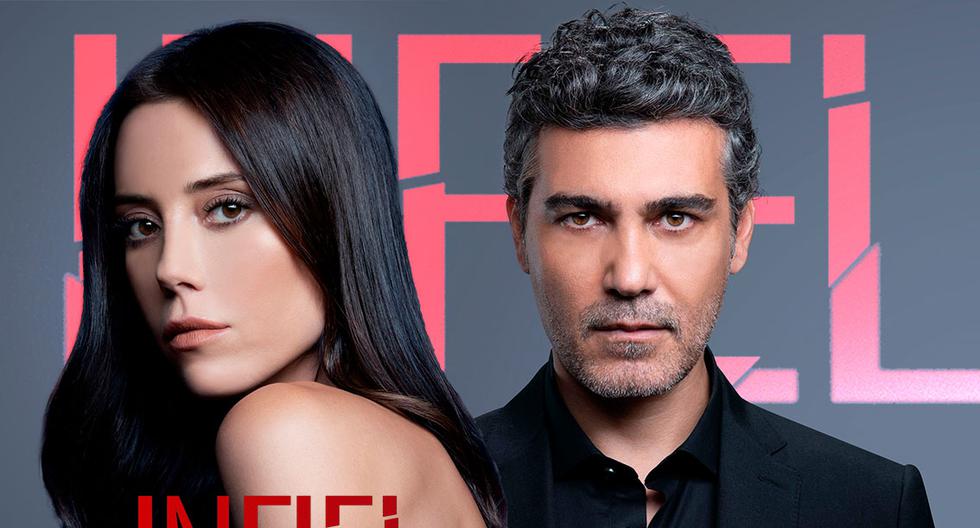 After the indisputable success of “Mujer” (“Kadın”) and “Mi hija” (“Kızım”), Antena 3 continues to bet on Turkish series and has introduced a new Ottoman production to its grid: “Unfaithful”, a story starring Cansu Dere and Caner Cindoruk.

MORE INFORMATION: What is the schedule this weekend of “Infiel” by Antena 3

The Turkish soap opera, titled “Sadakatsiz” in its original language, premiered in Spain on September 5 on Antena 3 with an average audience of 2.3 million viewers, making it one of the foreign productions with the best debut since 2020.

In this way, “Unfaithful” debuted on Antena 3’s prime time with the right foot and the good audience ratings are expected to continue in the coming weeks. At the moment, there is interest. And it is that the Spanish public is very pending in this new production and they want to know the number of chapters and seasons that it has. Here all the information.

HOW MANY CHAPTERS AND SEASONS DOES “INFIEL” HAVE?

“Unfaithful” is a Turkish series that follows the story of Dr. Asya and her husband Volkan, who apparently live a perfect marriage, but all that ends when the woman discovers an infidelity of her partner.

The story of “Sadakatsiz” (original title) is an adaptation of the British series “Doctor Foster” created by Mike Bartlett in 2015 and broadcast by BBC Television and distributed internationally by BBC Studio.

The Turkish series “Infiel” has, until September 2021, a total of 31 episodes in its first season. Each chapter has a duration of 120 minutes.

Antena 3, as it has already done with other fictions of this genre, will surely divide each episode into two parts again, getting twice the number of deliveries. In this way, “Infiel” will stay on the television network’s grid for several months.

It should be noted that, in his native country, “Infiel” premiered its second season on September 22. And, although it has been well received by the public, it has not yet been confirmed if the television production will have a season 3.

In Spain, meanwhile, Antena 3 has decided to place “Infiel” just before “My daughter”, until it reaches its end. The strategy, in fact, has worked, since in its premiere it had an average audience of 2.3 million viewers, which translates as a promising start.

The truth is that “Infiel” has been renewed in its country of origin for a second season, so the story of Asya and Volkan has not yet written its end in either Turkey or Spain.

WHAT IS THE HOURS OF “INFIEL” IN ANTENA 3?

The Turkish soap opera “Infiel” is broadcast in Spain through the Antena 3 signal. The television channel broadcasts a new episode every Sunday at 10 pm, according to the updated programming of the media.