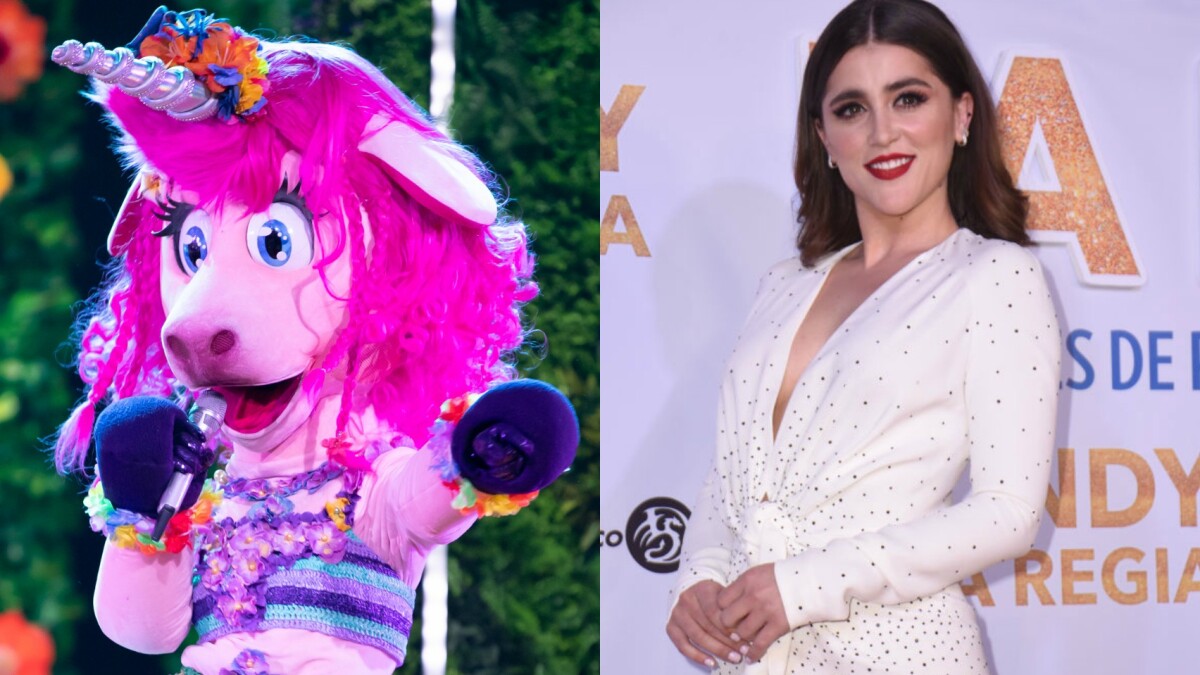 In his last bet, Carlos Rivera also bet on the actress of ‘Cindy la Regia’, as his intuition told him in previous programs

In the eighth program of

Who is the Mask?

Unicorn had to reveal her identity and turned out to be the actress Cassandra Sánchez Navarro.

It all started when the most magical character in the broadcast showed in his tracks that he has the ability to create several characters, in addition, he made it clear that he is the rebel of his dynasty.

Consuelo made a careful analysis of why this star can be found behind the character.

“There is a dynasty, the Fabregas dynasty, of theater, and there is a girl who is very pretty, who was in ‘Cindy la Regia’, who sings very beautifully, I don’t know if she lives in Los Angeles or not, but yesterday I saw a book that Doña Fela Fábregas gave me and I said: ‘look’. I think Cassandra Sánchez Navarro is behind this character, ‘he explained.

This is how the public on social networks joined in this opinion, while their colleagues made other names known.

After failing to beat Polar Bear in the last phase of the program, Unicorn had to remove The Mask.

For her part, Yuri thought it was Frida Sofía; Galilea Montijo, Michelle Renaud and Juanpa Zurita assured that it was Macarena Achaga.

Some clues that made us reference to her were her phrases in English, she said that she is part of one of the most important dynasties in show business.

In addition, in one of the programs, one of the scenes from the film that catapulted her into Mexican cinema was recreated, ‘Cindy la Regia’.

Meanwhile, the competition continues heading to the semifinal of Who’s the Mask? which airs on Sundays at 8:30 pm, on Las Estrellas, with its broadcast

If you want to see the replay, you can find it on Saturday at 4:30 pm on the same channel or you can watch this episode on Blim tv.