The US auto safety authorities have asked Tesla to recall 158,000 vehicles because of failures in the media control units (MCUs) that cause the touch screens to stop working. It was following a months-long investigation by the National Highway Traffic Safety Administration (NHTSA) that the agency sent a formal letter to the company, saying it had tentatively concluded that the older Model S and X vehicles contained a fault related to the vehicle. safety of motor vehicles.

The failure is caused when the flash memory used in these vehicles reaches its maximum capacity, the investigators concluded. The only solution is to replace the physical part of the hardware. Affected vehicles are Model S sedans built between 2012 and 2018, as well as Model X SUVs built between 2016 and 2018. Tesla has yet to respond to the NHTSA letter, but the company must respond to the agency by January 27. If she does not agree, she must provide the agency with a full explanation of her decision. 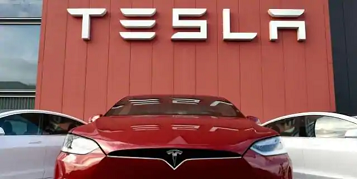 However, the company provided information to NHTSA, which is included in the report. Tesla has confirmed to NHTSA that all units will inevitably fail given the limited storage capacity of the memory device. Tesla has provided its own statistical model showing the number of expected weekly repairs of MCUs between 2020 and 2028. The automaker has estimated that replacement rates of failed MCUs will peak in early 2022 and gradually decline until renewal. parts is (almost) complete in 2028, according to the report.

The Tesla vehicles in question are equipped with an NVIDIA Tegra 3 processor with an integrated 8 GB eMMC NAND flash memory device. A portion of this 8 GB storage capacity is used each time the vehicle is started. The hardware in the eMMC NAND cell fails when storage capacity is reached, causing the MCU to fail, the agency said.

The agency has officially asked Tesla to launch a recall to notify all owners, buyers and dealers of the vehicles affected of this safety fault and to remedy it. According to CNBC, a recall of 158,000 vehicles would represent about 10% of Tesla’s production over its entire lifespan to the end of 2020. Tesla produced its one millionth electric vehicle in March 2020, CEO Elon Musk said on a report. tweeted at the time, and in the last three quarters of 2020, the company produced more than 400,000 additional vehicles.

Owners of the affected Tesla vehicles have previously complained that their media control unit’s display sometimes turns off, partially or completely. In November, according to Reuters, the NHTSA said it had examined 12,523 claims and complaints on the matter, which would affect about 8% of vehicles under investigation. According to numerous complaints, Tesla demands that owners pay to replace the device after the warranty expires, Reuters reports.

However, in emails from Tesla customers obtained by CNBC in November, the company said it would repair Model S and Model X cars for owners who are currently experiencing these issues, under an extended warranty with certain conditions. The company promised it would reimburse for the repairs if the owners previously had to pay out of pocket to fix a problem with the fault.

It is unusual for the federal agency to formally request a recall. Automakers will generally voluntarily accept a recall if regulatory authorities request it as part of their discussions. The agency said it requested the recall after reviewing Tesla’s tech briefing presentation … and weighing Tesla’s claims.

This is because Tesla vehicles that lose touchscreen use may have their Autopilot driver assistance system and turn signal functionality affected due to the potential loss of audible chimes – which are used among other things to alert drivers when the vehicle’s Autopilot system is engaged – driver detection and alerts associated with these vehicle functions, NHTSA said. She added that the loss of alerts related to systems like Autopilot increases the risk of an accident because drivers may not be aware of malfunctions in the system.

Failures of the touch screens mean that drivers cannot use the windshield defogger and defroster systems which can reduce the driver’s visibility in bad weather, increasing the risk of an accident.

Media control unit failure rates reached 17% in older Tesla Model S vehicles (manufactured between 2012 and 2015) and up to 4% for cars manufactured by Tesla between 2016 and 2018, according to the letter. And MCU failures are expected to increase as cars age and remain in service, NHTSA said, citing Tesla’s projections.

NHTSA noted that Tesla has implemented several live updates in an attempt to alleviate some of the issues … but tentatively believes those updates are procedurally and substantively insufficient. She noted that by law, vehicle manufacturers are required to conduct recalls to remedy safety faults.

Reports of sudden MCU failures have been a topic of discussion for years in the Tesla forums. According to one commenter, it seems that this recall would not have a much bigger impact than the guarantee program they have put in place. Hope they will call them back, but it would be nice if we could replace our notches before they fail rather than after. And you what do you think ?

Tesla has confirmed that all units will inevitably fail given the limited storage capacity of the memory device. What comments do you make about it?

Do you also think that the warranty offered by Tesla is preferable to the recall of failed vehicles?

Vulnerability of Tesla Model 3: Disabling autopilot notifications, speed controls, climate controls and more, but the flaw has been fixed

Tesla suffered a complete network outage that rendered its mobile app inoperable, disabling its connectivity features, but connectivity appears to be restored.