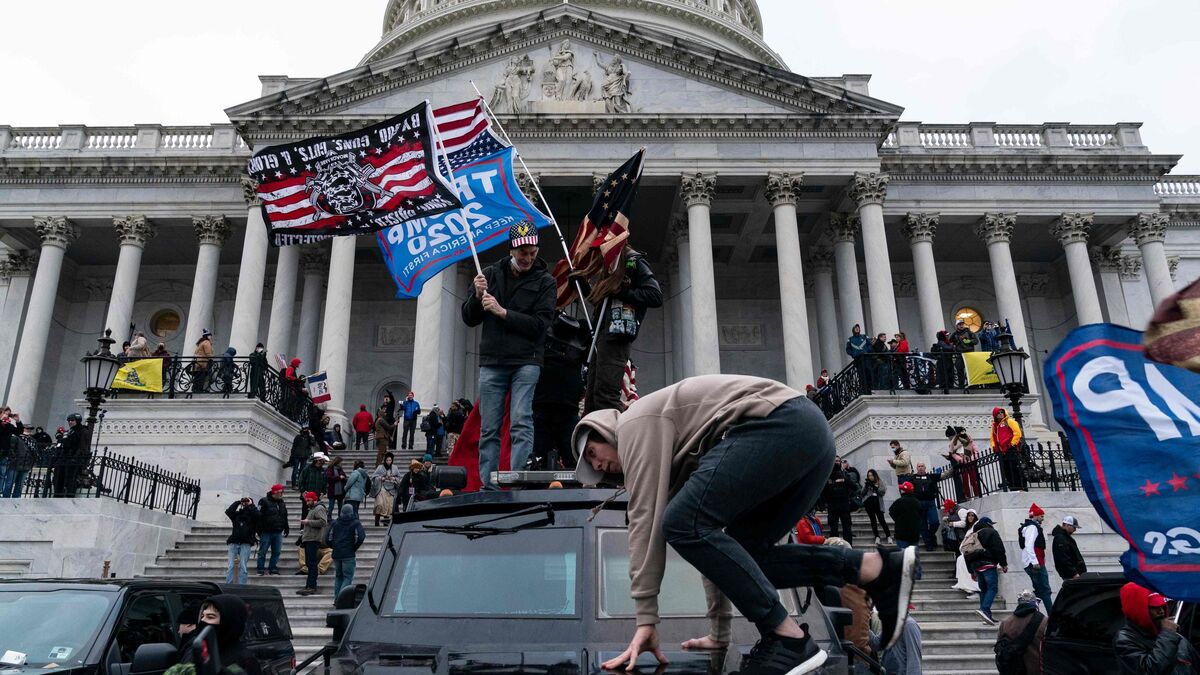 Paul Hodgkins, 38, from Florida, is the first person sentenced to prison after the attack on the Capitol by supporters of Donald Trump on January 6. He and hundreds of supporters of the former US President had entered the seat of Congress as parliamentarians endorsed Joe Biden’s presidential victory. They did not want to hear about a defeat of their candidate.

Paul Hodgkins was arrested on February 16 and quickly admitted the facts. According to court documents, the bearded man with long hair entered the Capitol with a backpack containing goggles, ropes and latex gloves. He had even taken a photo in the enclosure of the hemicycle.

Initially, the Federal Prosecutor’s Office had requested an 18-month prison sentence but the prosecution ended up acknowledging that he had “not personally participated in or encouraged the violence or the destruction of property and that he had “Accepted his responsibility very early”. He had also pleaded guilty to obstructing official procedures. He had also expressed his “remorse” and had recognized a “stupid decision”. He had also remained less than half an hour in the enclosure of the hemicycle. All this made it possible to reduce the sentence to eight months in prison.

Since January 6, more than 535 protesters have been arrested and more than 165 have been charged. Prison sentences had already been handed down, in particular against a woman, sentenced to three months suspended. In the United States, it is not uncommon for federal criminal proceedings to end without a trial. However, in the files related to the intrusions into the Capitol, prosecutors seem to want to strike hard.