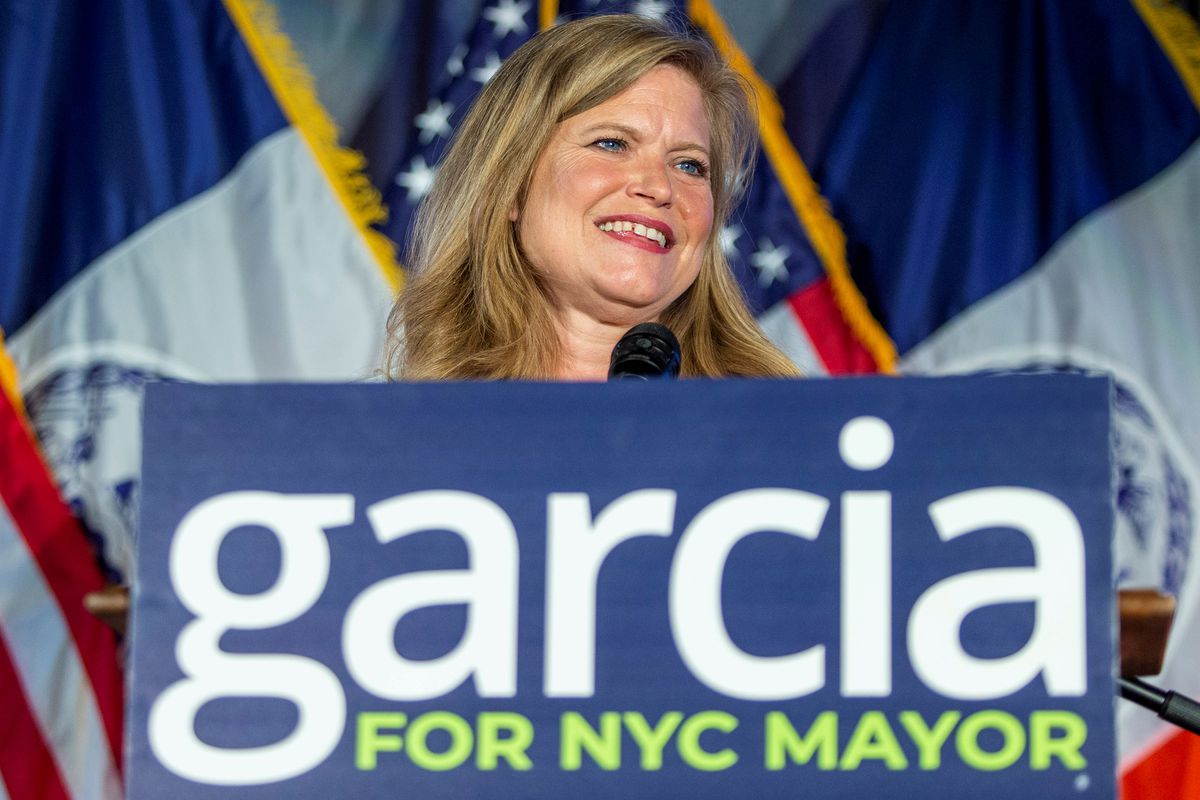 Eight days after the vote, the unknown is still hovering over the name of the winner, or winner, of the Democratic primary for mayor of New York. This Tuesday, in addition, a new element has been added: chaos. The publication and subsequent withdrawal, in a matter of hours, of partial results by the electoral board has caused stupor among New Yorkers. The board calls this Wednesday to know more precise data on the race, after attributing to “discrepancies” the count that, in the middle of the afternoon, turned the vote into a heads-up between former police officer Eric Adams, current president of the Brooklyn district, and former Sanitation Councilor Kathryn Garcia. According to local media, the error was due to the extrapolation of the result of a test of 130,000 votes. In this call, New York has launched a system called multi-election or multi-reference – voters could mark up to five names on the ballots – whose count is proving much more complex than expected. In addition, we will have to wait until next July 6 to open the 124,000 votes by mail.

According to the “discrepant” results published on Tuesday afternoon, the favorite, Eric Adams, had seen the ten long points of advantage that according to the first results, the election night took out, on June 22, over the candidates Maya Wiley and Kathryn Garcia. At the time, according to the provisional tally, Adams led the race with 31.7% of the supports, ahead of Wiley, the most progressive candidate, with 22.3%, and the moderate Kathryn Garcia, with 19, 5%.

The Electoral Board activated the processing of the complex multi-election system on Tuesday. Consecutively, it was eliminating the least voted applicants (a total of eight), as the first option. That is, discarding the names marked less times as the first option on the ballots, and distributing the other votes among the remaining candidates.

By that count now in question, Garcia had come back notably in the race, at the expense of Wiley, to less than three points behind Adams. The third in contention on the night of June 22 now obtained 48.9% of the votes, compared to 51.1% for Adams. Nothing seemed won or lost because for the two contenders from whom the Democratic candidate for mayor – and more than likely mayor – will emerge in the November elections. Wiley, the big bet of the most progressive faction of the Democratic Party – with famous supporters such as those of Alexandria Ocasio-Cortez and Elizabeth Warren – seemed to be the most prominent loser of the contest, in addition to the heterodox Andrew Yang, fourth in the count of the day 22 and that that same night he announced his retirement from the race. With Wiley’s failure, the Democratic vanguard itself in New York also pricked.

Kathryn Garcia, whose candidacy took off like wildfire after gaining the support of the newspaper’s editorial committee The New York Times, summoned the press when the new data was known. “Even in view of the count [parcial] released today, we are still waiting for the 120,000+ absentee votes to be counted [emitidos por correo] and we trust the path to victory. Once everyone is counted, I know that everyone will support the Democratic nominee and that is exactly what I intend to do. We await the final results. Democracy is worth waiting for ”, declared the candidate, whose call to prudence acquired a prophetic character hours later, given the botched of the electoral board. Garcia has made the banner of the economic recovery of the city and the fight against armed violence, a phenomenon that ended up monopolizing the electoral campaign. During the pandemic, he was in charge of coordinating the urgent distribution of food, and he remembers every time that in New York there are two million people in a situation of food insecurity.

According to the data removed by the electoral board from its website, Adams would be only 15,908 votes ahead of Garcia. The first partial results, on the night of the 22nd, showed that Garcia has swept Manhattan -despite being a native and neighbor of Brooklyn-, so it would be decisive to become the winner -or winner- to also scratch a good handful of votes in the four other districts of the city. Garcia’s experienced and focused manager profile – she has passed through several departments of the city council – seems to have convinced the financial district par excellence, while Adams has exploited her facet as a former policeman with knowledge of the functioning of the city’s huge security department.

The winner of the Democratic primary – whoever it is, if the vote comes to fruition – will face Republican Curtis Silwa, one of two contenders who appeared in his party’s primaries, in November. Founder of the controversial Guardian Angels urban surveillance patrols, he has little chance of being elected in a Democratic city to the core like New York. The Democratic primaries, by contrast, which initially brought together nearly a long score of applicants, promise a close competition to the end, now weighed down by the chaos of a system that has proven to be dysfunctional to say the least.

Subscribe here to the newsletter from EL PAÍS América and receive all the informative keys of the current situation of the region.