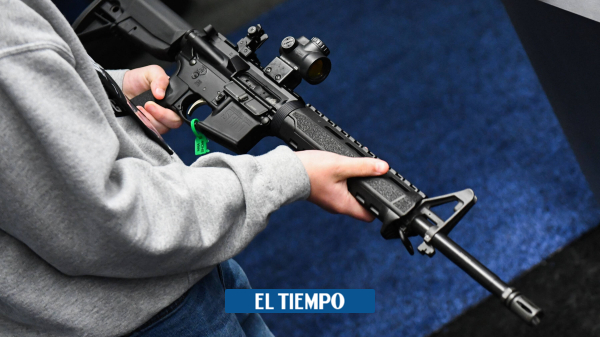 In May, two shootings recorded in the United States have gone around the world. The first of them was registered in a supermarket in the American town of Buffalo (New York), where an 18-year-old man entered heavily armed, shooting all the people who crossed his path.

Most of his victims were African-American., reason why it will be investigated as a hate crime and a case of “racially motivated violent extremism.”

(You may be interested: The last chats of the author of the shooting in Texas before killing 19 children)

According to authorities, the attacker traveled several hours to reach the supermarket “Tops”. When he got out of his vehicle “he was very heavily armed with tactical gear. He was wearing a military helmet and he was carrying a camera that was livestreaming what he was doing” on the Amazon-owned Twitch platform.

In the parking lot of the shopping center he shot four people, of whom three died, and then entered the premises, where he continued shooting. Regardless of the condition of his victims, the killer shot them in the head to make sure they were dead.

The second case that shocked the world in May occurred at an elementary school in Uvalde, Texas. There, Salvador Ramos, 18, opened fire against the children and teachers of the campus, before dying on the spot.

This new fact left a balance of 21 people killed: 19 children and two teachers.

As the debate over guns in America comes alive again, a new fact was recorded in Charleston, West Virginia, on Wednesday, May 25.

(You may be interested: Salvador Ramos had already threatened with shootings on social media)

According to the authorities, the attacker had passed in his car in front of the place hours before the shooting. There they stopped him and asked him to slow down because there were children playing on the road.

Butler later returned armed with the AR-15 rifle, parked in front of the party venue and began shooting. It was at that moment that one of the assistants fired at the shooter, seriously wounding him.

(Also read: Grandfather of the Texas killer shows how his house was stained with blood)

“Instead of running from the threat, he committed himself and saved several lives,” Chief of Detectives Tony Hazelett told the media.